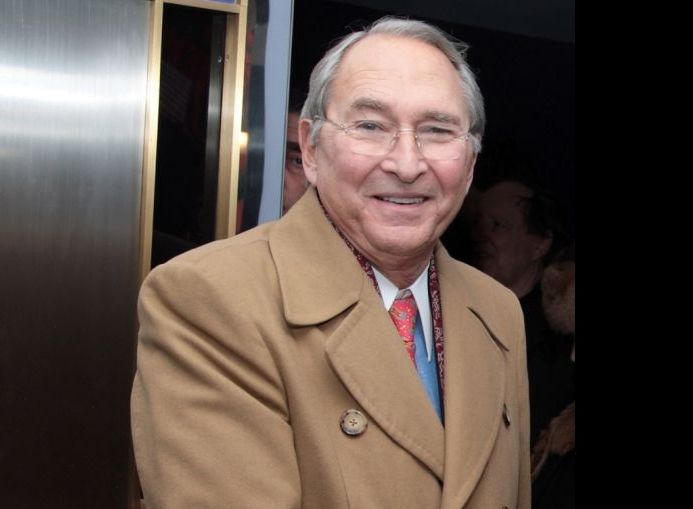 So who is Sheldon Solow ?

Sheldon Solow is the Brooklyn-born son of a bricklayer. However today he is certainly one of the most famous, and also most reclusive, of New York’s famously reclusive real estate development community. Now 85 years old, he is widely reported to be difficult, cantankerous, argumentative, hugely litigious, probably not in the best of health and certainly exceedingly stubborn, completely beyond reason, when anything to do with real estate is under discussion. I imagine, however, that not too many 85 year olds would be that much different, so maybe if we met him in person we would actually be impressed rather than put off by such a description.

As a registered official billionaire worth US$3.7 billion, according to Forbes billionaires list in March 2013, he has also built a wonderful collection of master modernist and renaissance art works over the years, a little of which has come back on the market again in recent years. Solow owns Boticelli’s “Young Man Holding a Medallion, ” and paintings by Balthus, Matisse, and Kline, and sculptures by Giacometti. According to Forbes, in February 2012 he sold a Francis Bacon painting for US$33.5 million, a Joan Miro painting for US$26.6 million, and a Henry Moore sculpture for US$30.1 million. In February 2013 he sold Amedeo Modigliani’s portrait of his mistress Jeanne Hebuterne for approximately US$42.1 million – just these alone totaling over US$133 million, presumably to help meet some of his company’s cash flow needs. 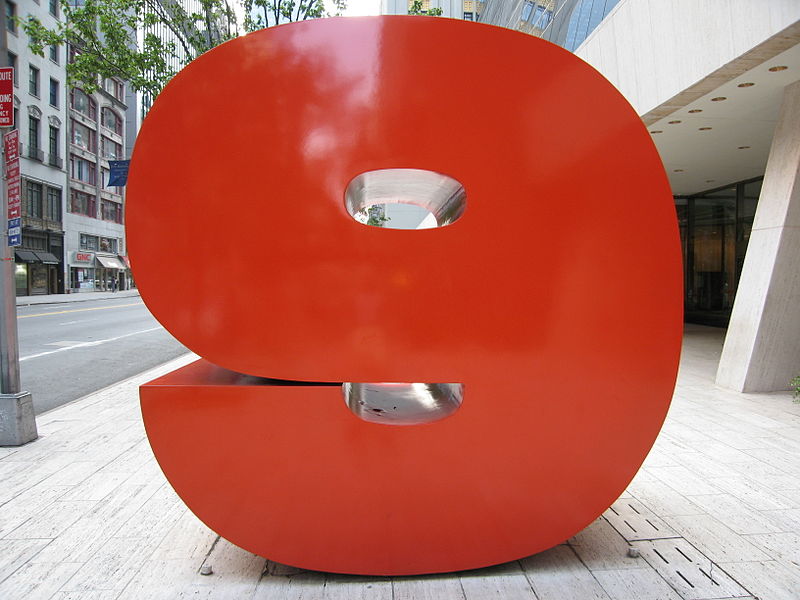 And how did he get into real estate ?

After becoming a small-time builder in Brooklyn when he grew up, Sheldon Solow got his real start in real estate development when he obtained some financing in 1972, gambled outrageously, and somehow managed to build a hugely ambitious office property located in New York at 9 West 57th Street. The property was finished in 1974 and still looks as new today as on the day it opened. The building is 50 stories high and contains 1.3 million square feet of office space. It fronts on 57th Street itself just west of Fifth Avenue, and fills the width of a whole city block, thus backing onto 58th Street directly across the road from the Plaza Hotel.

It opened to the absolute astonishment even of seasoned New Yorkers, who are not usually easily dazzled, but who had never before seen such a swooping symmetrical glass facade, and on both sides of the building too. This then completely redefined that part of the mid-town office market as a prestige up-scale location obtaining previously unheard of rents. Even this wizened writer, who was visiting New York in the year it opened, was completely gob-smacked by seeing it for the first time, and just stared up at it from the ground in front of the entrance for what seemed like an age. Even today it is impossible not to be moved a little by it when walking past, despite the familiarity brought by the passage of time.

Since then the neighbourhood has remained to this day amongst the most desirable of mid-town office locations. During the recent serious recession Sheldon Solow has even preferred to keep a good deal of it empty, when a major bank tenant moved out, rather than lower his rents from the US$200 a square foot that were available pre-recession. Some reports indicate as much as 500-600, 000 square feet may still be awaiting new tenants. 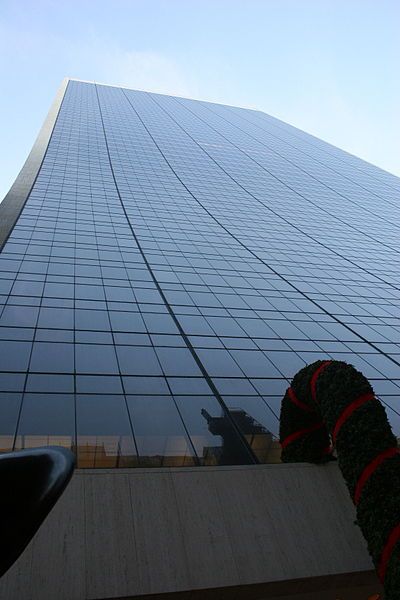 What project is he building now ?

Subsequently Solow went on to build a number of other significant buildings, but 9 West 57th St. remans the most iconic. However, he is in the news again now for another project of his; this time though there is still just a big empty hole in the ground where by now there is supposed to be instead a completed US$4 billion mixed use project.

In 2005 Solow bought two plots of land totaling nine acres, both beside the East River, from electrical utility Con Edison for US$630 million. The larger of the two plots is located on First Avenue, between 38th St.and 41st St. The smaller one is just down the road, though not contiguous, located between 35 St and 36th St, again on First Avenue. Both plots extend all the way to the East river.

Solow subsequently spent nearly US$100 million on demolition of the former Con Edison power plant that sat on one of the plots, and on rehabilitating the sites environmentally to remove former serious industrial pollution problems. In 2008, he succeeded in gaining planning approval from the City of New York for a glistening new mega-project. The development plan that was approved includes seven new high rise towers, five acres of public gardens and walkways, a public school and affordable housing.

Skidmore, Owings & Merrill and Richard Meier were both going to be architectural firms involved in the design – the former having also been one of the architects of 9 West 57th St. However the serious 2008 recession induced by the near melt-down of the US financial system interceded and put a major crimp into his plans, along with those of many others at the time. Solow also ended up in bitter litigation both with his partner in the project the Fisher Company and with his bankers Citigroup, and only years later did these suits end. Carrying such a major project unbuilt for eight years must also have been a major financial strain on even the Solow balance sheet, though as it is something completely private we will never know for sure.

Earlier this year, in January 2013 Solow sold the smaller of the two plots, two acres out of the nine encompassing all the land at First Avenue between East 35th St. and East 36th St, to JDS Development Group for $200 million. JDS have now already commenced foundation preparations for the construction of two new high rise residential apartment towers. This also raised some useful money for Solow that was doubtless much needed.

The bottom line, though, is that the important portion of the new project on the larger site still remains unbuilt, and construction of foundations has not even started. The trouble is that Solow is now apparently close to running out the clock and conceivably he could lose his permits and public approvals for the $4 billion project. These will reportedly lapse if he does not build a foundation for at least one of the office buildings or one of several apartment towers of the project by November of this year, according to a report by the New York Times. Long time ago Olympia & York put in the original foundations for the entire 8 million square feet World Financial Center project, today known as Brookfield Place, beside Battery Park all at once, and long before they were all needed on any remotely reasonable construction time-line. When asked why he did it, O&Y entrepreneur Paul Reichman stated at the time that once he put the foundations in no-one could ever take the project away from him, so it was elementary prudence against downturns….

So is he like King Canute or is he right ?

There are some who say stubbornness is a vice, and others who say it is a virtue and that truly great entrepreneurs do not give way just because the facts may at the moment seem against them. Well, the mid-town rental market in New York is now returning to full strength so who is to say he was completely wrong to leave space empty? The truth is more pragmatic – it pays to be stubborn if you turn out to be right… and also stay afloat financially in the mean time. Of course while you are toughing it out this can be hard on your people. New leases at high prices are now being written at 9 West 57th St. And the amount of empty space is reduced, though still substantial.

It was the Chairman of a major Canadian bank in fact who once told this writer that it was much better to leave an important new Class A building, which his bank had joint ventured with the company I worked for at the time, completely empty than to accept cheap rents. They would come back up again soon enough he stated at the time – and of course eventually they did though it took longer than even he expected.

As Sheldon Solow has gotten older, and maybe even more ornery, he has also increasingly had trouble keeping his senior staff – serially firing many of them including his then right arm, Steven Cherniak, in December 2008, who had worked for the company for 27 years. Solow also engaged during this difficult business period in a protracted round of litigation with Citigroup his bank, over its loan for the property at 9 West 57th St, which finally ended with a US$85.7 million judgment against him.

Sheldon’s son Stefan has apparently intermittently tried to fill in, and take some decisions, during what are said to be his father’s frequent absences from work, which presumably are health related, and for which he can certainly be forgiven, though no-one really can be sure.

So the jury is still out on this story; We could hear next week that construction of the foundations at the new project at the East River are starting and Sheldon Solow is back on top, or has handed over the reins to Stefan, the next generation, to get the job done for him. Or in a few months if nothing happens then we might read he has lost the project, and thrown several hundred million dollars down the drain. My own guess is he will bounce back up at the last minute and prove that stubborn is ok. Then, vindicated, he will finally hand over to his son to run the place instead for the next generation.

Last year, Sheldon Solow hired a new leasing group for 9 West 57th Street from the real estate services company Jones Lang LaSalle. The group’s CEO, Scott Panzer, apparently gets on well with Mr. Solow personally, finally creating a solid management and leasing team for the property, which is a major business in its own right. Mr. Panzer has been key to renewing the leases of two top investment companies, Apollo Global Management and KKR, currently 9 West 57th Street’s two existing largest and most important tenants, for high-priced rents in line with the Solow philosophy of the tower’s exclusive value.

“Sheldon appreciates honesty, and he embraces integrity and ethics, ” Mr. Panzer said. “The legend is more intimidating than the actual man.”

That may be as good a way of summing him up as any. As long as in the end you have those qualities, I think you can otherwise be as difficult as you want when you are 85 years old and worth close to US$3.7 billion.