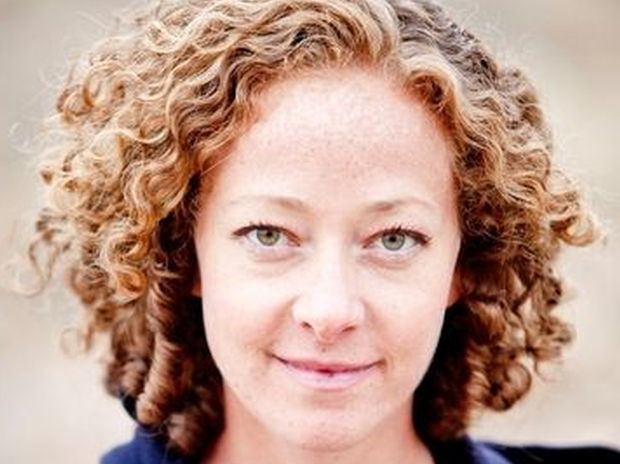 Ramona Ausubel’s novel “No One Is Here Except All of Us” has recently been awarded first prize in the 2013 Virginia Commonwealth University CabellFirst Novelist Award. The novel relates a harrowing tale of Holocaust survivors, drawn from actual experiences of her late great-grandmother related with her grandmother, both of whom survived the Holocaust.

“ No One Is Here Except All of Us”describes life in a remote Jewish village in Romania during the early days of the Second World War, where the inhabitants begin to discover the implications of being Jews living in Eastern Europe during these troubled times.

In order to distance themselves from the horrific realities of the war, which they had yet to experience, the villagers develop a form of group escapism through which by ostensibly reinventing the world in which they live. The old world, with all of its dangers and disappointments ceases to exist and in its place comes one full of hope and optimism.

As the story continues to unfold, the horrific events that are happening in the real world inevitably begin to catch up with the village and its inhabitants. The hero of the novel, a teenage girl when war breaks out, who during the course of the war, marries and becomes a mother, begins to realize that living in the world of fantasy, while pleasant, presents a danger to herself as well as her children and reluctantly leaves the village, her friends and family in search of safety and a brighter future,

Ramona Ausubel, who confesses that much of the special aura and foreboding of life in Eastern Europe during the Holocaust she drew from recollections from her Grandmother, who survived the war as a child, but had been privy to the difficult experiences of her mother, Ramona’s great- grandmother throughout World War Two,

Ms. Ausubel novel, the contest’s 12th winner, was chosen from nearly 140 books that were submitted for the competition. She is due to receive her $5, 000 prize at a special awards ceremony to be held later this year.

“No One is Here Except All of Us” was published by Riverhead Books in 2012. It was Ms. Ausubel’s first published work, although she has rapidly followed that up with a recently published collection of short stories, the cryptically entitled “A Guide to Being Born” that was released earlier in this year.

Winning the VCU Cabell First Novelist Award was Ramona’s first literary prize, although she has been a finalist in the New York Public Library Young Lions Fiction Award and a finalist for the Puschart Prize as well as being on the long list to receive the Frank O’Connor International Story Award.

Ramona Ausubel was born and raised in Santa Fe, New Mexico, going on to study for a Master of Fine Arts degree from the University of California, Irvine. During the course of  her studies, Ms. Ausubel was awarded the prestigious  Glenn Schaeffer Award in Fiction, as well as finding the time to serve as editor for the University’s Faultline Journal of Art & Literature.