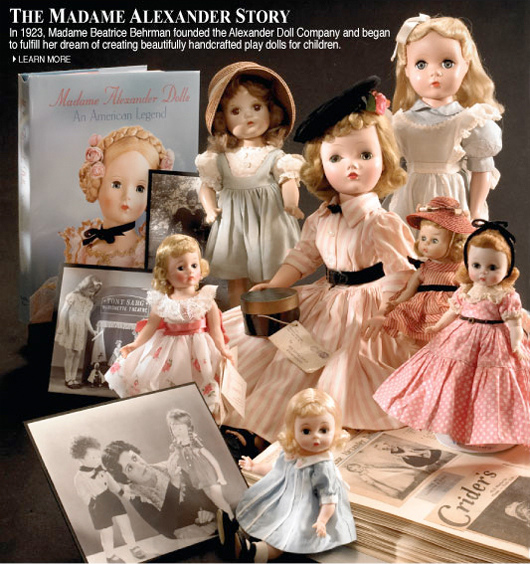 Beatrice Alexander Behrman established one the United State’s most successful toy companies in 1923, Now more than twenty years after her passing, the doll company that she founded have issued a limited edition” Madame Alexander” doll to honor her memory.

The doll 21-inch  fully-articulated Cissy as Madame Alexander,  (90th Anniversary Collection) dressed as she would’ve been in 1923 when she began the company. This blue-eyed beauty has brunette hair styled into a low bun in the back and side-parted finger waves in front, both of which are embellished by the addition of a navy grosgrain headband adorned with a rhinestone encrusted flower. Her dress, a 1920’s, drop waist, taffeta lined, navy blue georgette. The doll is a limited edition to 125 pieces and retails for $1, 499.95. 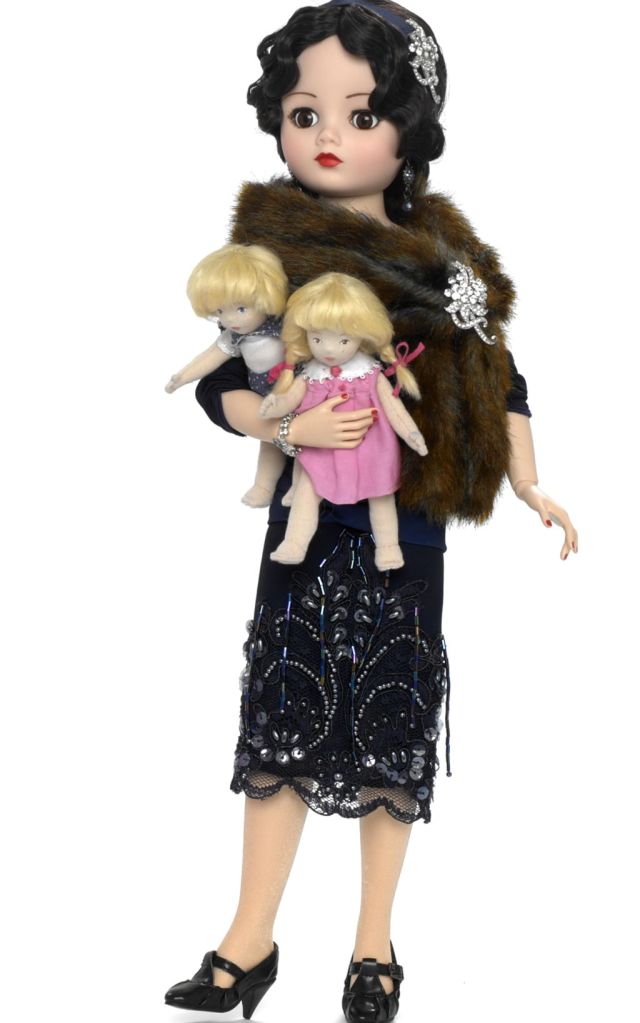 The story of Beatrice Alexander Behrman bears lots of similarities to similar Jewish entrepreneurs of the early 20th century. Beatrice, who never knew her biological father, was brought to the United States , or more accurately the Lower East side of New York as a babe in arms by her mother by her mother, Hannah Pepper.

Within a year or two of arriving in New York, Beatrice’s mother met and married Maurice Alexander, another young Russian immigrant who Beatrice regarded as her father. The now extended family, that included Beatrice’s three younger half-sisters, Rose, Florence, and Jean, lived and worked in the heart of New York’s thriving immigrant community on Grand Street on the Lower East Side, with Maurice doing all he could to support his family by operating a doll’s hospital, repairing the exquisite porcelain dolls that his clientele had brought with them from Eastern Europe.

Throughout her childhood Beatrice Alexander and her sisters spent a lot of their time the family’s doll hospital. Ms. Alexander recalls being deeply saddened by the seemingly never-ending flow of young girls, upset and crying as arrived with their mothers with their beautiful but exceptionally fragile porcelain dolls in need of repair. Beatrice recalls making a pledge to herself that one day she would develop a beautiful doll that would be almost impossible to break.

And Beatrice never forgot that promise to herself. In 1923, 28 years old married and with a small daughter, and an even smaller sum of working capital, persuaded of the sisters as well as her husband Phillip Behrman to set up their own doll manufacturing business, which they called theAlexander Doll Company. 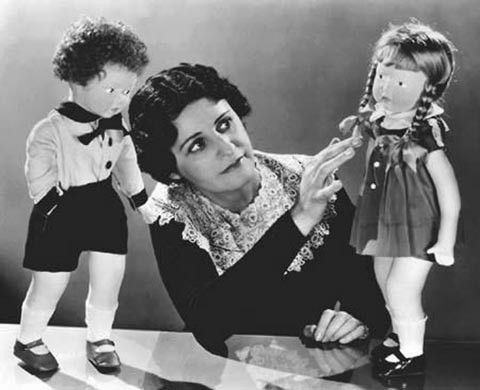 Beatrice Alexander with two of her early dolls

The original dolls that the company produced were made of cloth, which meant that they were unbreakable. Light, cheerful and inexpensive the dolls proved to be very popular, but Beatrice was well aware that her long-term image of the unbreakable doll was far from what her  company was producing in its early days.

By the Nineteen Thirties, Madame Alexander, as she was then well-known in the toy industry, became one of the first manufacturers to create dolls made from a form of composite material which stood out because of their highly painted features, as well as eyes that could open and close.

Beatrice Alexander Behrman always had a very clear eye for trends in the industry, and kept constantly ahead of the opposition, producing dolls on the themes of Alice in Wonderland, Little Women, Three Little Pigs, Scarlett O’Hara, Princess Elizabeth and Snow White.

In 1935, the company introduced a set of dolls in the image of the Dione quintuplets , the first set of quintuplets born in the USA who  survived their infancy. 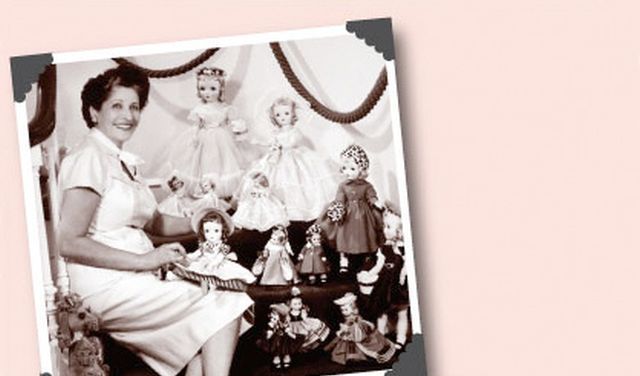 Alexander Dolls popularity never wean the evening during the tough times of the 1940s, when the company made the switch to producing dolls from plastic which were more flexible and considerably stronger than those produced from composition materials. In the early nineteen fifties, Alexander Dolls were recipients of the Fashion Academy Gold Medal Award for the “ultimate in design beauty of dolls for four consecutive years.

In 1955 Ms. Behrman envisaged another trend in the world of dolls, moving away from themed dolls into a doll with a personality and identity all of its own. Alexander dolls introduced Cissy, who was then the first full-figured fashion doll, which had the market to considerable success, four years before the Barbie doll was created by the American toy-company Mattel, Inc on the West Coast.

Sadly Beatrice’s husband , Philip Behrman passed away as a relatively young man in 1966.

Madame Alexander’s contribution to the toy industry and making millions of American children happy will never be forgotten. Now 90 years after her courage, enterprise and vision as well as the determination to develop a doll that would never break saw her form Alexander Dolls, the current owners of the company Kahn Lucas Lancaster, Inc, have introduced a “Madame Alexander” doll in the likeness of the company’s founder, as she looked and dressed in 1923, when the company was formed. And like Madame Alexander, the limited edition version which will go on sale at $1500 each, is likely never to break.

During her busy business life, Beatrice Alexander Behrman “Madame Alexander” found time to devote herself to her philanthropic activities, involved in some major Jewish charities including B’nai B’rith, the Weizmann Institute as well as Harvard University, and the Massachusetts Institute of Technology (MIT).

As early as 1920 , Ms. Behrmann became involved with the Women’s League for Palestine, an organization that preceded the Women’s League for Israel, with which she was associated with well after the State of Israel was founded. In recognition of her untiring efforts, Ms. Behrmann has a rose garden dedicated in her name, situated and lovingly tended at one of the league’s homes in Jerusalem.