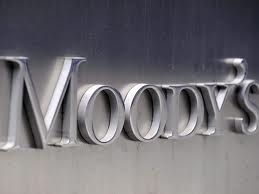 Moody’s Investors Service today affirmed Israel’s A1/(P)A1 government debt ratings and stable outlook. Moody’s says that the key drivers for the affirmation are: 1) The continued resilience of the Israeli economy and external position; 2) The expectation of ongoing, albeit gradual, improvement in the government’s debt metrics, supported by low external indebtedness and extremely favorable market access; 3) Persistent geopolitical risks, as a rating constraint, balanced by nascent peace negotiations with the Palestinians, diplomatic accords with neighboring Egypt and Jordan, and the maintenance of a close relationship with the US, in addition to longer-term risks stemming from demographic pressures.

On the Israeli economy, Moody’s says, “Growth in the small, open economy has been sustained even with shrinking demand from Europe, a key trading partner. The country’s high-tech niche and entrepreneurial culture have continued to underpin its latent dynamism and attract sizeable FDI inflows. Together with current account surpluses and intervention to combat the shekel’s strength, these inflows have raised official reserves to record high levels. Moreover, Moody’s expects the startup of significant production — and likely exportation in a few years — of natural gas to bolster growth, further strengthen the external position and reduce tax pressure on companies and households.
“The second driver for affirming Israel’s rating is the continued reduction in the government’s debt-to-GDP ratio, which contrasts sharply against trends in many other advanced country peers, ” Moody’s statement says. “However, the improvement has slowed markedly since the onset of the global financial crisis, which has witnessed repeated upward revisions of government deficit targets. Still, the direction of fiscal consolidation appears entrenched with the passage of the 2013 and 2014 budgets and associated reforms. The government finances also benefit from a deep domestic capital market as well as ample and ready access to external credit and quite low refinancing risk.

“The geopolitical risks facing Israel represent a perpetual constraint on the government’s rating, with Iran’s nuclear program being the largest threat to Israeli territorial security. However, a certain status quo has been achieved by maintaining a strong military deterrent, close ties with the US and friendly relations between the Israeli, Egyptian and Jordanian armies. Moreover, even incremental progress on the renewed peace negotiations with the Palestinians could have some positive ramifications by helping to reduce Israel’s international diplomatic isolation.

“Demographic trends also pose significant medium– to long-term challenges for Israel, given the low or negative growth among secular Jews and the relatively fast growth of the Israeli Arab and ultra-Orthodox groups. The latter are segments of the population underrepresented in the labor force. A key public policy strategy is aimed at raising the participation rate of these groups, especially Arab women and ultra-Orthodox men, who for cultural reasons have stayed out of both the military and the workforce. The effort is registering success, and is expected to make further progress as military exemptions and social welfare grants are scaled back under the coalition government that took office in March 2013.”

In considering factors that could lead to a change in Israel’s rating, Moody’s cites a significant diminution of risks arising from the geopolitical environment and/or a substantial further reduction in the government’s debt levels as changes that would be credit positive. “By contrast, the rating outlook could be lowered to negative if the commitment to fiscal discipline, in particular the consensus around reducing the government’s high debt levels, were to wane. The ratings also could be downgraded in the event that geopolitical developments were seen to pose heightened challenges to Israel’s stability, ” the rating agency states.

In this article:Israel, government, Israeli, Finance