The patent is for the Ventritek105® device and  treatment method which is already in extensive use in Russia, under the auspices of world renowned researcher and neurosurgeon Dr David Michaeli, M.D., Ph.D at the world- renowned Polenov Neurosurgery Research Institute, in St. Petersburg, Russia. 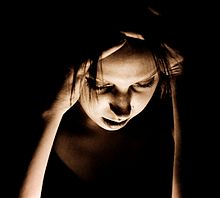 According to Ofer Taren, CEO of Israeli based Biosan Medical; the Subarachnoid Hemorrhage (SAH) stroke is one of the most potentially fatal, with around half of those who suffer from this form of hemorrhagic stroke succumbing from its effects within 30 days of the initial event. For those who are fortunate to survive, recovery treatment is generally arduous, painful and expensive.

However thanks to considerable research on the part of Dr Michaeli, whose learned opinion states that one in five stroke patients could potentially enjoy the benefit of being treated for the devastating effects of a Hemorrhagic Stroke using Ventritek105 device, while sufferers of Alzheimer’s Disease, who have been treated using the same device and treatment methods have also displayed significant signs of a slowing of the effects of the disease.

The most common form of Cerebral Hemorrhage (stroke) is the Ischemic stroke, which occurs when an obstruction within a blood vessel blocks the flow of blood to the brain. Ischemic strokes account for around 85 percent of all stroke cases, with the remaining 15% being SAH and IntraCerebral Hemorrhages.  It is estimated that the total worldwide costs for SAH and the other hemorrhagic strokes amount to more than $30 billion annually.

In the event of a Hemorrhagic Stroke occurring, bleeding will rapidly spread into the brain’s ventricles where cerebral spinal fluid (CSF) is produced and circulates into the subarachnoid space causing irreparable damage and almost certain death. In a number of cases, patients who suffer from this type of stroke remain in a comatose state for many years, causing considerable grief and expense for their family. One of the most high profile cases of someone suffering a Hemorrhagic Stroke and surviving, at least in a comatose state, is Ariel Sharon, former Prime Minister of Israel who has been in such a state for more than seven years.

According to Ofer Taran, CEO of Biosan Medical who are international distributors for the Dr Michaeli developed Ventritek105 system and method, more than 90% of the study patients treated with system and method, that was used to purify their blood-tainted CSF not only survived their Subarachnoid Hemorrhage but were feeling well and responsive as soon as 30 days after the stroke occurred.

The revolutionary Ventritek105® Stroke Treatment Device & Method was designed a much needed and well overdue replacement to traditional methods applied CSF drainage-and-purification procedures, which were long, arduous and generally involved considerable risk. On the other hand, the patented Ventritek105® device and method will neurosurgeons revolutionary methods to purify a Hemorrhagic Stroke sufferers blood-tainted CSF through reinfusion into the sick patient’s brain.

Dr. Michaeli’s Ventritek105® Stroke Treatment Device & Method, as opposed to the commonly used External Ventricular Drainage (EVD) procedure, has been designed to decrease patient recovery time during the CSF drainage/purification process at rates of more than 80%, as well as dramatically minimize patient suffering. The Ventritek105® has also been proven to dramatically reduce the risk of the patient developing post-Stroke Hydrocephalus and Cerebral Vascular Spasm (CVS).

For the time being, the Ventritek105® treatment device & method have still to receive official approval for use in the United States.

In this article:Russia, Alzheimer's disease, Finance