Ukrainian-born Salita, now 31 years old, knows that the end of his career in the ring is approaching with fights in his weight class hard to find, has now made it public knowledge that he intends to make Aliyah once he hangs up his gloves. 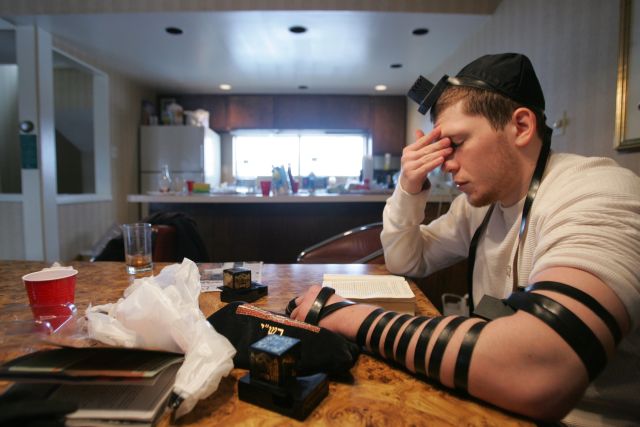 Dmitriy Salita has been spending a lot less time in the ring these days, and more of it visiting Jewish communities throughout the world as part of a fundraising drive on behalf of the Jewish schools operated by the Chabad-Lubavich organization.

Salita, who made no attempt throughout his 16 year long career in the ring starting as an amateur at the age of 15 to disguise his Jewishness, always wearing shorts boldly emblazoned with a Star of David, observing kashrut and refusing to box on Shabbat.

Having a particularly impressive amateur record of 59 wins and five defeats, when he was just 16, Salita was called up to represent New York in the Junior Olympics going on to win a bronze medal. It was then that the young Ukrainian, who had arrived in the United States with his parents at the  age of five, recalled that this was the first time he really felt like an American.

Four years later in 2001 when aged just 19, Dmitry Salita reached the peak of his amateur career, winning the Golden Gloves championship in the 139 pound weight bracket held at the Madison Square Gardens in New York City. Salita’s impressive performance in the finals on earned him the Sugar Ray Robinson Award as the outstanding boxer in the tournament. 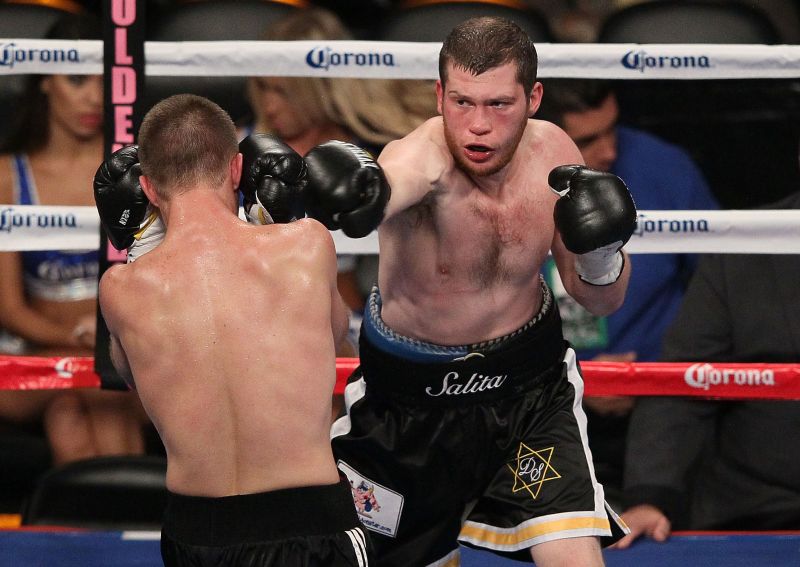 His performances there caught the attention of many of the boxing professions leading promoters , and it was Las Vegas-based Bob Arum who finally convinced the young Salita to join is Top Rank stable of fighters a professional forms following in the footsteps of such boxing greats as George Foreman and Larry Holmes.

Under Arum’s tutelage Salita’s professional career began to flourish was the first highlight being capturing the North American Boxing Association light welterweight champion’s crown after defeating Shawn Gallegos in the championship bout in 2005.

With a highly impressive unbeaten run of 27 fights Salita scored some very impressive victories as a professional, with two of the highlights being a unanimous 10-round decision over Grover Wiley at the Hammerstein Ballroom in New York on March 2007, followed more than two years later with a dominant 10-round over Raul “El Toro” Munoz in Las Vegas to clock up his thirtieth victory as a professional. 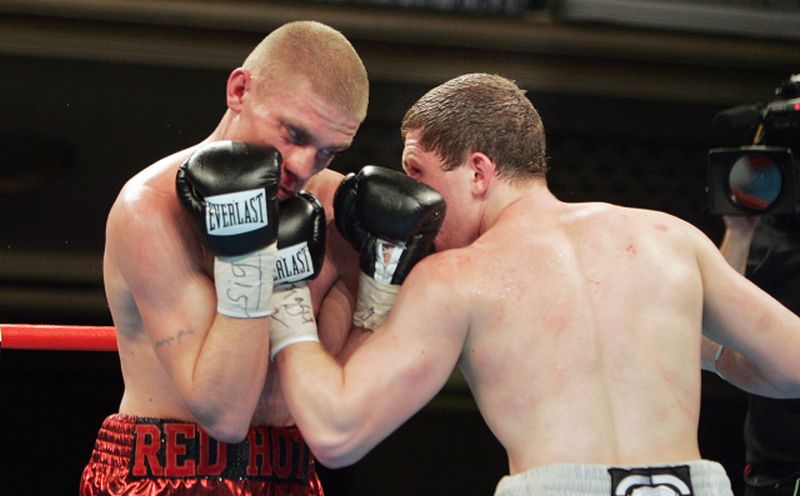 Thanks to his impressive record, in a weight class where fights were few and far between, Salita was very much in line to get a shot at the WBA light welterweight crown, held by Amir Khan of the UK. The fight that took on December 5, 2009 in Newcastle in the North East of England had the potential of being racially charged, with Khan a practicing Muslim. However the bout turned out to be a real anticlimax for Salita, who was knocked out by Kahn after just one minute and 15 seconds of the first round to end the young Ukrainians hopes of becoming a world champion.

Since then Salita has only fought five other times, and is currently sitting with a professional record of 35 wins, one draw and his solitary defeat to Kahn.

When his team of living in Israel becomes reality, Salita appears to have his plans well laid out for his future in the country, intending to further develop what he describes as his “DS fitness program, ” consisting of training, self-defense, and inspirational messages. Dmitry hopes to be able to teach the program in Israel, hopefully in collaboration with both the Jerusalem Boxing Club as well Maccabi Tel Aviv in order to train young Israeli in the joys of boxing

Salita is one of several active Jewish boxers of Russian origin, with others including heavyweight Roman Greenberg and junior middleweight Yuri Foreman.

In this article:Israel, sport, Finance