Rothman, the former co-chairman of 20th Century Fox, has formed a joint venture with Sony Pictures Entertainment to give their movie and television divisions a fresh boost of energy. 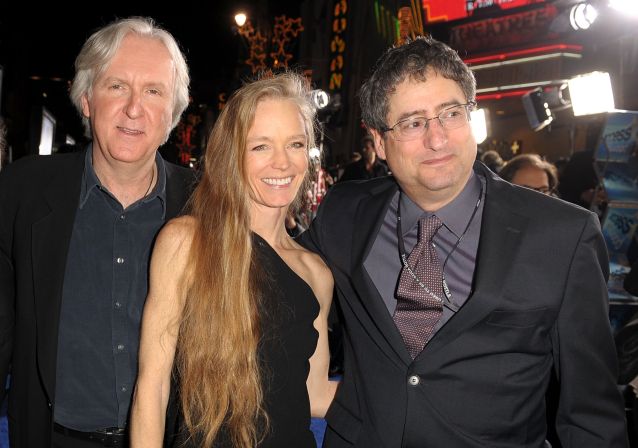 After close to the year when he was “on the market” Tom Rothman has been brought back into the fold by Sony Pictures Entertainment. Despite the fact that was not obvious talents have never been used by Sony in the past, the ex- 20th Century Fox CEO is known to have many friends and admirers at the top management level of the company.

Rothman has been called in to establish a new division at Sony that will go under the title of TriStar Productions. The initial forecast is that TriStar will produce a maximum of four films in the coming year, all of which will be released under the TriStar Pictures banner. In addition, Rothman formidable talents the field of television program development were brought into play in order to expand the company’s penetration, which has been lacking of late.

Industry speculators point to the fact that Rothman has only been brought into Sony to fend off some of the pressure that they been under to move out of the entertainment business, which has been less than profitable for the company.

Pulling in Tom Rothman could be interpreted as either a brilliant move or one of desperation. One thing for sure is that the top management within Sony Pictures Entertainment seems to be pleased at having convinced Rothman to get on board, so much so that Michael Lynton, chairman and CEO of Sony Pictures Entertainment got together with his co-chairman Amy Pascal to make the joint announcement of the foundation of TriStar Pictures.

TriStar Productions will be run as a separate entity from Sony, with its own in-house creative production executives as well as strategic marketing capabilities while enjoying the benefits of Sony’s overall financial, marketing and distribution infrastructure.

The Sony Pictures Entertainment group undertaking to provide sufficient financing for the resurrected entity and in return will retain all the company’s global distribution rights. At the same time Sony has announced that they will have no objection if Rothman finds additional sources of financing for the division.

In recent years, Sony has funneled the TriStar name into more of a distribution vehicle, rather than involve them in production, with some fairly low-profile movies being channeled through the company.

Rothman spent 18 years at Fox, and was regarded within the film industry is one of his most creative producers, who got himself intensely involved in all aspects of filmmaking. Among his outstanding successes were Avatar, Life of Pi and Titanic while he was also involved in the development of the highly profitable X-Men franchise and Ice Age series among others.

Rothman’s arrival at Sony is bound to cause a shakeup in the industry in general and at the company in particular. Sony’s star has been seen to be fading recently with Paul’s George Clooney and Adam Sandler preferring to take their business elsewhere, with no major bestsellers coming the last three years since the better days of  Social Network and Moneyball. The recent  lack of success has caused major hostile investor . Daniel Loeb to question the  extent of the company’s creative ability. Questions that have begun to increasingly reverberate amongst the rest of the Sony stockholders.

As if in reply, in an interview immediately after his appointment was announced, Rothman hastened to point out that his role at the company will be to operate a production entity intended to “be complementary, not competitive, with the existing Sony labels.”

After graduating in 1977, Tom Rothman went on to work as an English Teacher at the Salisbury School in Connecticut to partially finance has a Masters degree, graduating from Columbia Law School in 1980 as a James Kent Scholar, the school’s highest academic honor.

After serving as a law clerk for the Honorable Walter Mansfield who served on The United States Court of Appeals, Rothman went on to work as a practicing attorney for the major New York based law firm of Frankfurt Kurnit Klein & Selz, which he got his first taste of the world of media, advertising and entertainment.

Tom Rothman joined Fox in 1994 given the role of founder and President of Fox Searchlight. Rothman  was to remain at the company for 18 years, climbing gradually to the top,  during which time  he consistently returned the highest profit margins of any movie studio for Fox

Rothman also gained himself a television presence by hosting Fox Legacy, a series in which background and behind-the-scenes information on the workings of the film industry were explained to the audience in a friendly,  informal manner.