A recent survey has shown that Tel Aviv University (TAU) is the most prolific seat of learning outside the United States, with a track record for churning out students who go on to successful entrepreneurs rated in the top fifteen in the world. 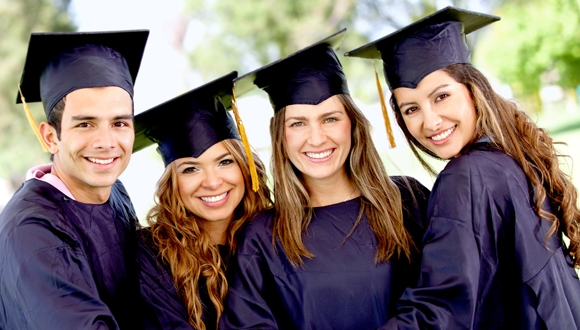 The recent survey conducted by influential American blogger Max Woolfe involving a complete analysis of data gathered regarding a total in excess of 2, 500 start-up companies, with the purpose of determining which of the world’s leading universities produced the highest number of graduates who were successful in being granted venture capital funding have come up with some interesting results.

According to Woolfe’s findings Tel Aviv University is the only university -based outside the United States to make it into the important top 16 in his study, finishing in the 15 spot.

The survey showed that a total of twenty-one startups, either owned and/or managed by graduates from TAU were successful in receiving backing from the US financial organizations, placing them higher than such prestigious universities as Duke, while falling only slightly behind Princeton and Brown universities appearing on Woolf’s list.

Even more interesting was Woolf’s discovery when refining his search was that TAU actually made it to fourth place in the number of graduates working in startups who are successful in raising what are known as “first round” funding. First round funding is the most crucial for any startup company, as is regarded as a demonstration of both the strength and the market potential of a startup company’s product concept. Only Carnegie Mellon University, Princeton and UCLA surpassed the achievements of TAU graduates in raising for first round funding, while Harvard, Stanford and Yale, which has produced some of the key figures in today’s high-tech industry but left in their wake.

Interestingly, of the total of 26 TAU graduates who figured prominently in the list of funded start-up entrepreneurs, not all of them came from the academic backgrounds traditionally associated with the profile of the owner/manager of a successful technology company. While nine of the graduates had graduated the subjects of mathematics or computer sciences, six holding degrees in business and management, four in engineering and three in economics there were even two who graduated with degrees in philosophy, while there was one who had studied life sciences and another history and education.

As a result of Max Woolfe’s‘s study became public knowledge, Professor Joseph Klafter. President of Tel Aviv University announced that he was pleased with these findings, going on to add that they represent a testament to the innovation and entrepreneurship that permeates TAU culture.