John Pritzker, a member of the famous family that owns Hyatt Hotels among a variety of other commercial interests, has acquired the remaining 50% share in the hotel management company he co-founded in 2011 in partnership with the Pomeranc family.

Living in the shadow of a highly successful and famous grandfather and later even more successful father is no easy task. However John Pritzker has shown that he has what it takes to make it on his own and on more than one occasion.

This week it was announced that Pritzker had reached another rung on the ladder on his climb to the top of the hotel management profession by acquiring the remaining 50% of the Commune Hotels chain, buying out their former partners,  the New York-based Pomeranc family for an undisclosed sum, through Geolo Capital, a private equity firm which he controls.

The Commune Hotels Group currently operates 43 hotel properties with a further 14 in different stages of development. The hotel functions under three different brands – the up market Thompson hotels group, the beauty orientated Joie de Vivre group and the recently established Tommie brand envisioned to cater to their home for the youthfully minded global traveler.

The acquisition will now mean Pritzker will be able to enjoy total control of the 27 Joie de Vivre-branded hotels in the group as well as six Thompson branded hotels. Most significantly Pritzker will be the sole owner of the soon to be opened Thompson Chicago Hotel, marking a form of triumphant return to the city where John Pritzker was born and raised and made his first steps into the world of hotel management in one of the many Hyatt Hotels owned and operated by the Pritzker family hotel dynasty.

The new Thompson Chicago was once the Sutton Place Hotel, a well known icon in Chicago for decades, which after a complete renovation will open its doors in October.

John Pritzker emphasized his satisfaction of the acquisition stating that by consolidating ownership under one, hospitality-focused, well-financed and highly-committed owner, the move will allow the Commune Hotel Chain to move forward on its mission to build a multi-brand platform.” 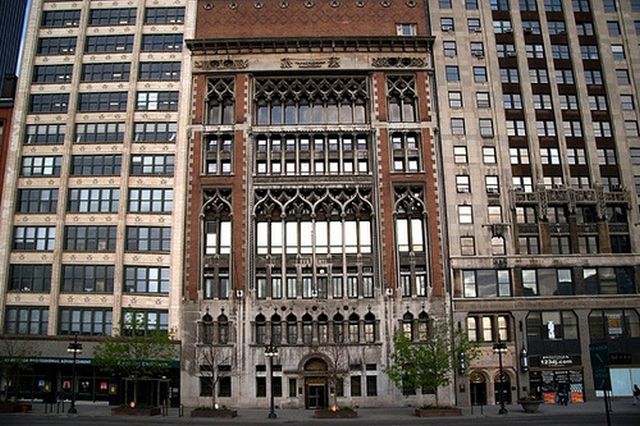 The soon to be opened Thompson Chicago Hotel

John A. Pritzker was born and raised in Chicago, Illinois, the grandson of billionaire industrialist A.N. Pritzker and son of Jay Pritzker is also the cousin of Penny Pritzker, recently chosen to become the US Secretary of Commerce.

Pritzker graduated with a B.A. from Menlo College, a baccalaureate college specializing in business located in Atherton, California.

In 1972, Pritzker started his career working in the family business, Hyatt Hotels, rising to become Managing Director and Divisional Vice President by 1988.

That was the year in which he decided to leave Hyatt in order to develop his own entrepreneurial skills. By 1996, he succeeded in building his Mandara Spa chain into  a group of 72 resort spas, which he sold off in into separate packages, the first package of 40% to the Shiseido Corporation of Japan, and the following years selling of the remaining 60% to US-based Steiner Leisure.

In 2005, John Pritzker renewed his association with his partner at Mandara, Dan Gottlieb to found the private equity firm Geolo Capital, with the mandate to focus their activities in investing in the hospitality and entertainment industries.

Five years later, to possibly avoid a conflict of interest James Pritzker cut all his business ties with a Hyatt Hotel group, selling his interest in Hyatt back to the family, utilizing some of the funds to purchase a majority interest in the Joie de Vivre boutique hotel chain through Geolo Capital.

In October 2011, Geolo Capital merged the 30 hotel Joie de Vivre chain with the Pomeranc family’s interests in the twelve hotel Thompson Hotel Group] to form Commune Hotels & Resorts, with Pritzker co-chairing the group with Thomson Hotels’ owner Jason Pomeranc. In 2012, the Commune Group had a total of $450 million in revenues.

John Pritzker and his wife Lisa, an advocate for child, adolescent and women’s education and health, are known for their philanthropy, having recently donated $15 million to the University Of California at San Francisco to provide new pediatric emergency room facilities at the UCSF Benioff Children’s Hospital. The Lisa and John Pritzker Family Fund are known to sponsor  programs that focus particularly on children’s health as well as education, civic activities, and Jewish affairs.

In this article:new york, Chicago, Finance