Sales of the urinary tract stent will begin in 2016, subject to obtaining permits from the China Food and Drug Administration.

Allium Medical Ltd. (TASE: ALMD) has signed a strategic agreement with Beijing King Health Investment Ltd. to exclusively distribute the company’s urinary tract stents in China for eight years. King Health promises to buy NIS 58 million worth of Allium’s stents during the contract period on the basis of minimum targets set by the companies. Sales will begin in 2016, subject to obtaining permits from the China Food and Drug Administration (CFDA).
Allium CEO Asaf Alperovitz said, “The agreement with Beijing King Health is strategic and vital for the company, both in terms of potential revenue and profits, and because of the foothold in Far Eastern markets. The agreement is the result of the thorough study of the potential market for the company’s products by us and King Health. The study found very large potential for Allium’s stents in China as an effective and safe alternative to surgery.” 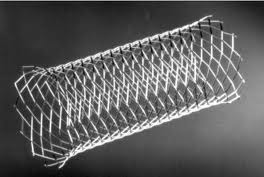 –
The agreement with Beijing King Health is part of Allium’s strategy to expand from Europe to emerging markets in Asia and Latin America, and to create new growth engines for the company. It believes that the launch in China, given its population and economic development, and the distributor’s standing in the market are an important milestone in the company’s efforts to enter new markets. Allium is due to begin sales in Brazil in the second half of 2014, following the signing of a NIS 44 million distribution agreement with Meizler UCB Biopharma SA in March.
Published by www.globes-online.com