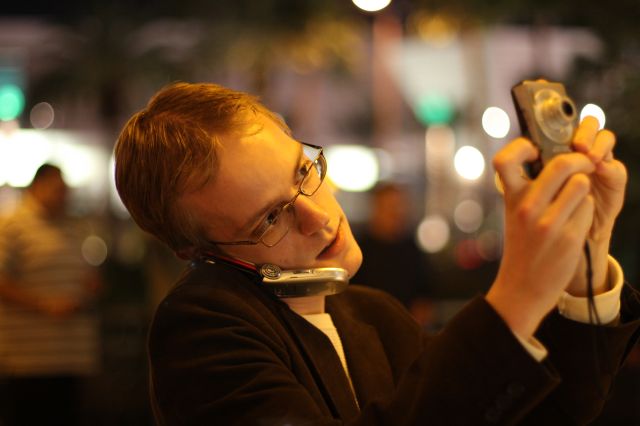 Scientists have long been worried about the possible harmful effects of regular cellular phone use, but so far no study has managed to produce clear results. Currently, cell phones are classified as carcinogenic category 2b — potentially carcinogenic to humans — by the International Agency for Research on Cancer (IARC). A new Tel Aviv University study, though, may bring bad news.

To further explore the relationship between cancer rates and cell phone use, Dr. Yaniv Hamzany of Tel Aviv University’s Sackler Faculty of Medicine and the Otolaryngology Head and Neck Surgery Department at the Rabin Medical Center, looked for clues in the saliva of cell phone users.

Since the cell phone is placed close to the salivary gland when in use, he and his fellow researchers, including departmental colleagues Profs. Raphael Feinmesser, Thomas Shpitzer and Dr. Gideon Bahar and Prof. Rafi Nagler and Dr. Moshe Gavish of the Technion in Haifa, hypothesized that salivary content could reveal whether there was a connection to developing cancer.

Comparing heavy mobile phone users to non-users, they found that the saliva of heavy users showed indications of higher oxidative stress — a process that damages all aspects of a human cell, including DNA — through the development of toxic peroxide and free radicals. More importantly, it is considered a major risk factor for cancer.

The findings have been reported in the journal Antioxidants and Redox Signaling.

Putting stress on tissues and glands

For the study, the researchers examined the saliva content of 20 heavy-user patients, defined as speaking on their phones for a minimum of eight hours a month. Most participants speak much more, Dr. Hamzany says, as much as 30 to 40 hours a month. Their salivary content was compared to that of a control group, which consisted of deaf patients who either do not use a cell phone, or use the device exclusively for sending text messages and other non-verbal functions.

Compared to the control group, the heavy cell phone users had a significant increase in all salivary oxidative stress measurements studied.

“This suggests that there is considerable oxidative stress on the tissue and glands which are close to the cell phone when in use, ” he says. The damage caused by oxidative stress is linked to cellular and genetic mutations which cause the development of tumors.

This field of research reflects longstanding concerns about the impact of cell phone use, specifically the effects of radiofrequency non-ionizing electromagnetic radiation on human tissue located close to the ear, say the researchers. And although these results don’t uncover a conclusive “cause and effect” relationship between cellular phone use and cancer, they add to the building evidence that cell phone use may be harmful in the long term, and point to a new direction for further research.

One potential avenue of future research would be to analyze a person’s saliva prior to exposure to a cell phone, and then again after several intense minutes of exposure. This will allow researchers to see if there is an immediate response, such as a rise in molecules that indicate oxidative stress, Dr. Hamzany says.