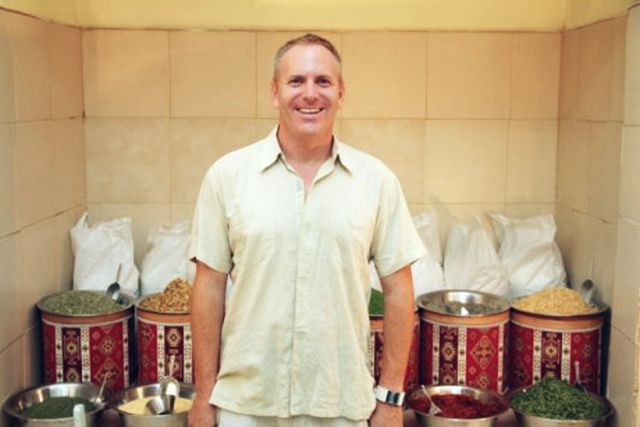 “It’s the world’s healthiest gourmet sea salt, ” says Naked Sea Salt, a new Israeli startup which partners with a Palestinian company to harvest salt from Dead Sea. The small startup set up a Kickstarter campaign to get the ball rolling – and already doubled its target just 48 hours after launch.

Entrepreneur Ari Fruchter, Naked Sea Salt’s founder and CEO, is no stranger to the Dead Sea. It was Fruchter who brought international photographer Spencer Tunick to Israel in 2011, in order to raise awareness to the deteriorating condition of the world’s lowest point on land, by photographing hundreds of naked Israelis floating in the famously saline sea.

While organizing the event, Fruchtman came across a Palestinian factory owner called Sam Hallhu who was using eco-friendly methods to harvest salt from the Dead Sea – and so Naked Sea Salt was born.

“The West Bank Salt Company has been operating since 1964, ” Fruchter tells NoCamels, “selling plain salt to the Arab market. Together, we made it a premium product.” 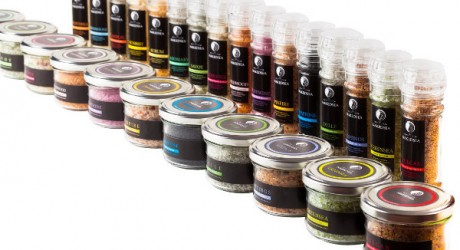 Good for the body and the environment

Naked Sea Salt has as its mission to produce an all-natural, low-sodium, and mineral-rich alternative to artificially refined salt. The first focal point is making a healthy product, says Fruchter. The salt harvested is naturally low in sodium, and unlike other salt manufacturers, Naked Sea Salt does not refine the salt or add any chemicals, which also accomplishes the company’s aim of producing an all-natural product.

Fruchter claims that his venture is as green as it gets and will not harm the Dead Sea’s frail ecosystem, which some experts believe will lead to the drying up of the sea by 2050.

“Our company’s declared mission is to serve as a model of sustainable, ethical practice for private manufacturing companies in the region, ” says Fruchter.

“There’s an organization called Friends of the Earth Middle East, who came voluntarily to inspect our operations and concluded that our effect on the Dead Sea is negligible, ” Fruchter tells NoCamels. “We harvest the salt from salt ponds outside the Dead Sea. We use Dead Sea water to clean [the salt] and return the water back to the sea. So we don’t damage the environment.”

“We have an ongoing relationship with the Arava Institute to promote their goals of preserving the Dead Sea, ” adds Fruchter, who is himself a long-time environmental activist. 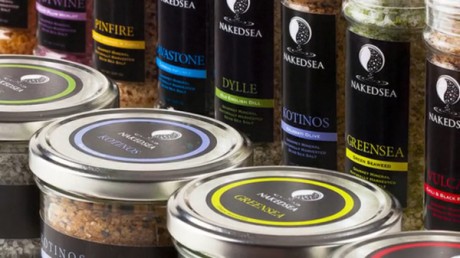 But salt is, after all, a condiment. The company says that each of Naked Sea Salt’s fifteen flavors has been blended with organic herbs and spices to create a salt of bold, creative taste as well as great nutrition. On their Kickstarter page, the company explains that salt from the Dead Sea contains 32 different minerals, 21 of which are uniquely concentrated in this salt, in higher levels than in any other. It says: “All of these are important to your body. Minerals like: magnesium, calcium, iron, potassium, manganese, and zinc.”

“Right now, the only way to get the product is via Kickstarter, ” Fruchter says, “down the road we will offer the product using Abe’s market.” According to the CEO, he chose to partner with Abe’s Market (an online organic marketplace) since ecommerce gives his brand a more personal relationship with the costumer. “We have a big message behind the product. At the end of the day we want to build a relationship with the consumer, ” Fruchter tells NoCamels.

A message of peace

Naked Sea Salt has another ambitious goal: to promote peace in the region. The company says that by working with the Palestinian company it hopes to encourage regional cooperation.

“We are proud of the success we’ve built together, ” says Fruchter. “Our operations are in compliance with the recent EU directives. We’ve formed a profitable and successful partnership with a Palestinian company to harvest Naked Sea’s natural, gourmet salt and to protect the Dead Sea while doing it. Our work together is exactly the kind of legal, mutually beneficial alliance that will lead to greater peace and prosperity for Palestinians and Israelis alike.”