–
The objective is to expand Veolia Israel’s operations, after it decided to focus on its energy, water, and environment businesses. 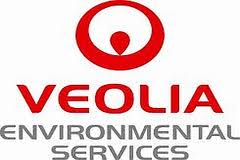 France’s Veolia Environnement SA (Euronext: VE) is in talks with a European investment bank to make a strategic investment in its Israeli operations. The objective is to expand Veolia Israel’s operations, after it decided to focus on its energy, water, and environment businesses.
Veolia Environnement is one of the world’s largest water and infrastructures corporations. In Israel, it has public transportation, energy, water, and environment operations. Veolia Israel was founded 20 years ago by Uri Starkman, and now has 2, 000 employees. It owns Israel’s only hazardous waste incinerator, two landfills, scores of municipal garbage companies, and recycling centers. It also owns 50% of the Ashkelon desalination plant, Israel’s second largest, with a production capacity of 120 million cubic meters of water a year, and sewage treatment plans.
Through Delkia Israel, Veolia Israel owns 20% of OPC Rotem, Israel’s first independent power producer which is coming on line at this time (Israel Corporation (TASE: ILCO) owns the other 80%), and it operates Delek Group’s (TASE: DLEKG) power station in Ashkelon. Veolia Israel is a partner in the construction of four of Israel’s largest solar power plants in collaboration with France’s Électricité de France SA (Euronext: EDF).
Veolia Environnement recently decided to abandon investment in transportation and to focus on its core businesses, especially environmental services, energy, and water. It sold its transportation business to international parties; in Israel, Afikim Ltd. acquired the bus operations of Connex Israel.
Previous talks by Veolia to bring in investors did not result in a deal. One option under consideration is to establish a new infrastructures fund with other investors.
Veolia Israel declined to comment.

In this article:Israel, France, Finance