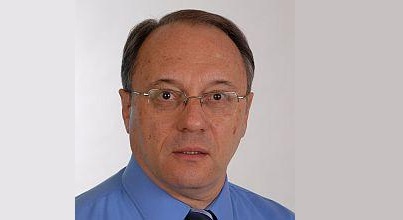 Israel has a new Governor of the Bank of Israel – again. Prime Minister Binyamin Netanyahu and Minister of Finance Yair Lapid this time have announced the nomination of Professor Leo Leiderman to the post.

Professor Leiderman, who has worked before for the Bank of Israel as head of its research department, is a Professor at the University of Tel Aviv and also currently is the Chief Economist of Bank Hapoalim.

The Government’s previously announced choice Professor Jacob Frenkel withdrew his application two days ago, in some frustration after some due diligence inconsistencies had cropped up for the Government’s Turkel Committee responsible for vetting the appointment.

Professor Leiderman released a statement saying…”I am excited to return to the Bank of Israel. I will work to help the Israeli economy meet the challenges it faces” He also thanked Netanyahu and Lapid for their confidence.

Deputy Governor Karnit Klug, who was also in the running for the appointment, has now announced she will resign from the Bank, effective one month after the new Governor takes up his appointment.

Like the aborted appointment of Jacob Frenkel, Leo Leiderman must now run the gauntlet of the Turkel Committee and then final approval by the cabinet. Both politics and senior civil service appointments are something of a blood sport here in Israel, so let’s hope he has a thick skin and comes through unscathed.

Once installed the new Governor must then face the many difficulties that the highly successful, though currently significantly stressed, Israeli economy continues to face as a small player in a world mired in recession.

It may turn out that Jacob Frenkel withdrawing is indeed a blessing in disguise as he may have been “a general fighting the last war” – in his earlier stint as Governor Professor Frenkel played a key role in successfully battling inflation and this will have colored his thinking a lot.

This time around there seem to be extended deflationary conditions, which have led to historically low rates of interest, and to the “zero lower” beyond which conventional tools of central bank influence no longer work.

To fight such a war we may need a central banker comfortable with different models than the standard inflationary ones. In Professor Leiderman let us hope we have found one.