After their first funding exercise secured encouraging generous returns for its investors Leitersdorf, the managing partner of San Francisco-based venture capital company YL Ventures, has just closed participation in their second such fund. 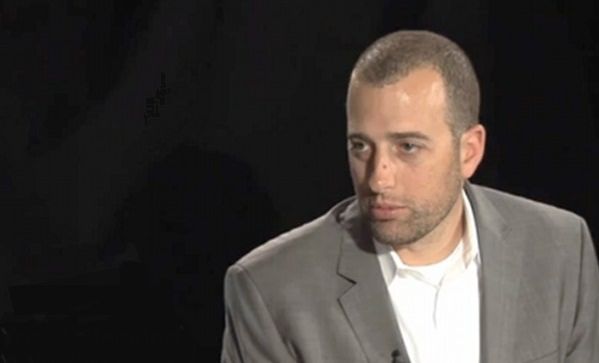 In this new era of early-stage investing, we’re seeing all sorts of models. There’s Dave McClure’s model of investing in 100 startups annually, in hopes that 20 to 30% will be base hits, not necessarily homeruns. On the opposite side of the investment spectrum is Mike Maples, who limits the number of companies he will invest in, in hopes of finding homeruns, or “Thunder Lizards.”

While most other strategies fall in between, YL Ventures has an unique take on early-stage investing. YL Ventures, which has $30 million under management, wants to invest in startups that could be sold within three years, said Yoav Leitersdorf, a partner at YL Ventures.

The idea is to find startups (mainly across Internet, e-commerce, mobile, SaaS) with IP that a big strategic company would like to own, and pay up for in a few years, when the risk of building such a platform is mitigated. You might think of YL’s approach as being the R&D for big corporations. in fact, before Yoav makes an investment, he likes to get the corporate nod. “We immediately show it [the company] to potential acquirors, ” said Yoav, in a recent interview. “We take them to companies that are the most-likely acquirors even before we make the investment.”

As Yoav sees it, his strategy puts less pressure on startups. “We have of a more modest and realistic strategy, ” he said. “We don’t need the homeruns to do well as a fund. It puts pressure off the entrepreneurs in terms of hitting a homerun.” Of course, Yoav does put pressure on the companies to sell after three years. Otherwise, Yoav Leitersdorf sells off their interest. “We hold a company for two or thrre years and the outcome is a strategic acquisition of 100% of the company, ” he said.

With this approach, Yoav must work closely with the entrepreneurs to create a lot of business development opportunities to ensure the company develops a product that ultimately aligns with a future buyer.

It’s an interesting approach, no doubt. And, one that requires YL Ventures’ partners to incorporate the risk-taking mindset of a venture capitalist, a practical transactional view of an investment banker and a strategic view of a business development person. Indeed, Yoav does wear all those hats.

“I spend 70% of my time doing BD (business development), and lead generation for my portfolio companies, ” he said.

It is particularly well known in the fields of both technology and new media where he has been a successful entrepreneur, investor and advisor for the last 15 years. Leitersdorf has placed his many years of experience and knowledge in YL Ventures, the venture capital fund that he founded and acts as managing partner.

His entire business strategy , Leitersdorf hastens to point out, has been  based on his own experiences as an entrepreneur, and his company’s business model is firmly based around recognizing developing talents in the field and helping them to achieve short-term, medium ranged exits. These goals are achieved by helping fledgling companies to make it through the difficult birthing process and then by introducing them to larger and more established operations to arrange mutually profitable acquisitions.

Having been born and raised in the country no one is more aware than Yoav Leitersdorf of how much Israel is a hotbed of engineering talent. However he admits that he has long since reached the conclusion that startup companies are limited simply because they can only reach limited potential in such a small country with a small population before discovering they need to spread their wings elsewhere.

To keep his finger on the pulse of developing talents Leitersdorf visits Israel around four or five times a year, while maintaining an office in Tel Aviv to keep tabs on the latest batches of locally based hi-tech startups.

Leitersdorf confesses that he sees little or no point in instigating any form of business development in Israel. “Most of our work is actually not in finding the companies, but rather appreciating the companies after we invest. And that we can only do in Silicon Valley.” He continued

YL Ventures has also been to confess that he enjoys and prepares working with Israeli, not just for sentimental reasons but also because the startup companies that he takes under his wing, agree to accept venture capital investments at a considerably lower valuation rate than their counterparts in the Silicon Valley, or indeed any other hub of innovation in the United States.

Leitersdorf is well aware of the fact that, at any given time, Tel Aviv can be the home to as many as 700 startups, many of them in the early stages of development. However it appears that the flow of venture capital into the city has recently begun to dry up, a fact that the surprising considering that some of the largest foreign acquisitions of Israeli companies have been in the high tech center and have come from the U.S. The largest two this you have been Cisco Systems acquisition of Intucell in February, and Google’s $1 billion buyout of Waze in June. After these two headline stories, according to Leitersdorf there is now unprecedented interest in Israeli technology.

Another interesting factor that Yoav Leitersdorf has become aware of is that the companies that YL Ventures have picked out in Israel and have invested in call on to generate about three-quarters of their revenue in the U.S. Despite that fact these companies are very interested in maintaining their roots in Israel, and more particularly their research and development teams. In the meantime Leitersdorf, with the aid of his U. S. –based team, find these new companies either partners, venture capitalist investors or even arranges introductions to potential outbreak purchasers.

Yoav Leitersdorf was born and raised in Israel, moving to the United States to study at Columbia University graduating with an MBA (beta gamma sigma). Leitersdorf went on to study International Business at the International Institute of Management Development (IMD) in Lausanne, Switzerland.

While attending business school, Yoav Leitersdorf worked as an associate at Draper Fisher Jurvetson Gotham Ventures in New York, where he gained valuable venture capital experience. After leaving Draper, Leitersdorf cofounded and acted as Managing Director and CEO of Movota Ltd, who were based in London. Movota went on to become one of the world’s most innovative mobile service providers in the TV and radio broadcasting sector. Leitersdorf is credited as being the driving force behind led Movota’s foundation, strategy and development, as well as successfully negotiating the company’s sale to Bertelsmann AG, Europe’s leading media conglomerate in a multimillion dollar deal.

Moving on from Movota, Yoav Leitersdorf was not slow in finding another outlet for his talents, this time cofounding New York-based ExchangePath. ExchangePath is a credit-card based micro-payment and peer-to-peer online payment system where Yoav handled, among his many other roles, technical development for the company.

ExchangePath was eventually acquired by internet conglomerate CMGI, who paid out over $25 million for the company. Whilst holding down his role at ExchangePath. Leitersdorf was also involved in the development of critical authentication software on behalf of ICQ,  the Israeli-based pioneer of instant messaging platform media that was acquired for by America online (AOL) for $407 million, while was regarded as a staggering sum in the mid-Noughties.