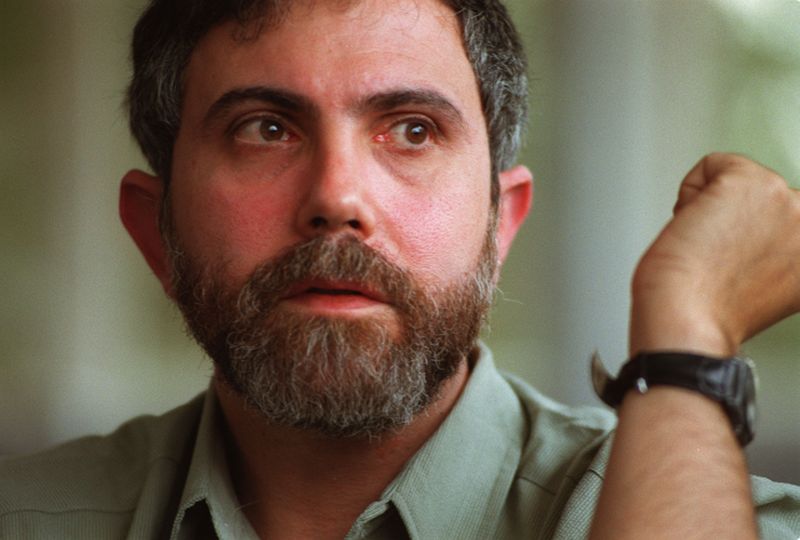 Paul Krugman , whose column in the New York Times is a must to visit for those on the lookout for in-depth insights on the global economy, in his most recent column expressed his views on what many people have begun to feel- that the Chinese industrial revolution is being to lose its impetus. And the reason- the World’s largest nation continues to invest in industry instead of its  people.
When Paul Krugman speaks, people are inclined to listen, a holder of the Nobel Memorial Prize in Economic Sciences for his contributions to New Trade Theory and New Economic Geography.  Krugman has long been  recognized as being among the World’s leading experts in international economics and currency crises.

Krugman’s recent column presented some frightening scenarios on what’s been happening in the Chinese economy, going as far as to state that the rapidly emerging global economic superpower has reached a major crossroads on how to manage its dramatic financial expansion, which has slowed down to “only” 7.5% annually, still the kind of growth that any other country in the World would eat their heart out for.

However Krugman clearly explained in his column that even that reduced growth level by Chinese standards may be rapidly coming to a close, and there are indications that the Chinese economy has reached the impasse that had been expected for some time.  And when it comes, it could cause a major knock on effect that will send the fragile world economy, beginning to recover from the effects of 2008, into another major financial downturn.

Krugman explained in his column that he supports the theory at one time developed by economist W. Arthur Lewis, also a Nobel Prize winner in Economics. According to Lewis, countries such as China that are in their initial stages of economic development, generally achieve much of their growth due to having access to large quantities of cheap labor, that prior to the industrial revolution were continuously superfluous to requirements in the labor market.

Through their ability to continually being able to draw drawing on that vast pool of surplus labor, Chinese industrialists, according to Krugman, were able to enjoy the undoubted advantage of being able to continue investing in new factories as well as infrastructure construction projects. All of this without coming even close to increasing labor costs, and the all too familiar situation that has plagued the West in recent years, of diminishing returns on investment that were made possible by the low salaries that the typical Chinese worker seemed prepared to accept indefinitely and without complaint.

According to Krugman, this seemingly ideal factor has begun to cause a problem for the Chinese economy which has begun to witness an ever growing imbalance between domestic consumption and investment.

While the U.S. and the developed countries of the World spend around two thirds of its gross domestic product (GDP) on consumption, China spends half of that amount. With Krugman stating that the country has remained in the mode where it invests excess capital only to expand its future ability to produce.

Now Kruger points his finger at the fact that investment has now begun to reach the point of diminishing returns and predicts that from now on will only drop and perhaps drastically. With the West drawing in its horns as far as consumer spending is concerned, domestic consumer spending must increase to take its place.

The reason why domestic consumption has remained so low can be attributed to Chinese workers having been made able to enjoy a minute proportion of the vast profits earned from the country’s dramatic economic growth over the last decade. All of that income has either been funneled in the direction of China’s new upper class or mindlessly invested in industry and infrastructure.

Domestic consumption growth in the second quarter of 2013 was the lowest in three years, despite being at 7.5 percent.

During 1982 and 1983, Krugman spent some time working at the  Ronald Reagan White House as a staff member of the Council of Economic Advisers, after which he joined MIT as a full professor in 1984 remaining there until 2000, During that year, Paul Krugman joined the Princeton University as Professor of Economics and International Affairs. In his spare time,  Krugman  is also a member of the international economic body known as the Group of Thirty.

In 2008, Krugman was awarded the Nobel Memorial Prize in Economic Sciences for his work in helping to evolve the New Trade Theory as well as charting the growth of New Economic Geography. In his work, Paul Krugman laid out future patterns of international trade as well anticipated geographic concentration of wealth.

The Nobel Prize Committee went on to state that Krugman’s main contribution to the understanding of the important issues was his analysis of the effects of economies of scale. A factor that now seems particularly relevant when it comes to China.