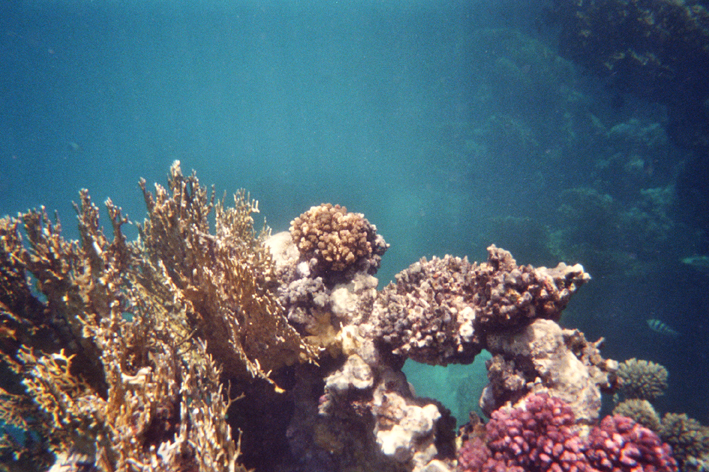 “A few years ago, a friend of mine, who grows corals for decorative purposes, approached me. He asked me what could be done with the corals, other than putting them in an aquarium, ” explains Ohad Schwartz, CEO of CoreBone, which manufactures bone-replacements from corals. “Though I came from a background in consumer products and high-tech, I love nature and the sea, so I dived into it, proverbially, and discovered a magnificent world.”

Schwartz had first gotten acquainted with the world of biomedical entrepreneurship during his time at Vacia (a drug delivery management company) and Aspect AI (an MRI company). He started studying the field and found that the idea for using corals as bone substitutes had already been suggested 30 years before.

He approached Professor Itzhak Binderman, former Head of Dental Department and Hard Tissue Laboratory, at the Sourasky Medical Center and the School of Dental Medicine and Department of Bio-Engineering. ”It turned out that Binderman had already dealt with using corals to build bone tissue, and was even the scientific consultant for an American company called Interpore, which was sold for $270 million and was in that market, ” Schwartz says.

“So he said ‘it’s nothing new.’ I answered that by harvesting the corals ourselves we could control the coral’s quality. That caught his interest.” Binderman became a co-founder and the company’s head scientist.

When treating injured bones or bone implants when the bone is missing, it is customary to use bone replacements, which act as a scaffolding for real bone to grow on. The scaffoldings contain different substances – minerals, drugs and growth factors – that can “convince” bone to grow fast, efficiently and effectively. This is especially important in older patients, whose bones are slow to rehabilitate themselves.

Most bone replacements today are synthetic or made of different types of polymers, to which growth factors or stem cells are added. Another option is harvesting real bone from cadavers or animals.

Corals are already being used commercially as bone reconstruction scaffolding. However, harvesting them from the ocean is tricky, both legally and logistically and there’s little control over the source or quality of the coral.

CoreBone is growing corals in a way that enables to adapt them so they can be used as bone replacements. “On the one hand, a coral is perfect for growing bone. It is made of calcium, which is a main component in human bones and is also as strong as human bone, and on the other, it is porous, so blood vessels can grow inside it, ” says Schwartz.

“Companies which harvest corals from the sea take them to a lab and manipulate them.” The bone replacement market is worth $3.5 billion and coral-based replacements that have reached the market already constitute $100 million of it.

“We grow the corals on a bioactive mineral diet. These are the substances that can attract bone cells to them when the coral is implanted in the body. When the new bone cells attach to the coral, they digest it at the same rate as the bone grows, ” Schwartz says. It’s important to specify that a coral is actually a living creature that builds a calcium structure that serves it as a home. When talking about “coral” transplant, it is actually the calcium frame without the living creature.

Schwartz aads: “It is more complicated to manufacture a coral than a polymer, but it’s worth it. At the end of the process, a coral grown by us is cheaper than polymers that had cells attached to them.”

So far, the company has done several animal trials in cooperation with Tel Aviv University, using Ramot, the university’s technology commercialization company. “We received terrific results – the bone grew within 21 days of transplant, and there was even marrow growth. After one year of activity – we have a product, ” says Schwartz.

The company, which grew out of the Mofet incubator, part of the TrendLines Group, is planning to enter the dental market, where barriers to entry are lower. Next, they plan on going to the larger, more complex orthopedic market. “We’re seeking a $2.5 million investment, over a period of time, by the end of which we will have products for the dental and orthopedic markets and full manufacturing capabilities for the corals, ” Schwartz estimates.