–
French tourists spend an average of $1, 232 during a visit to Israel. 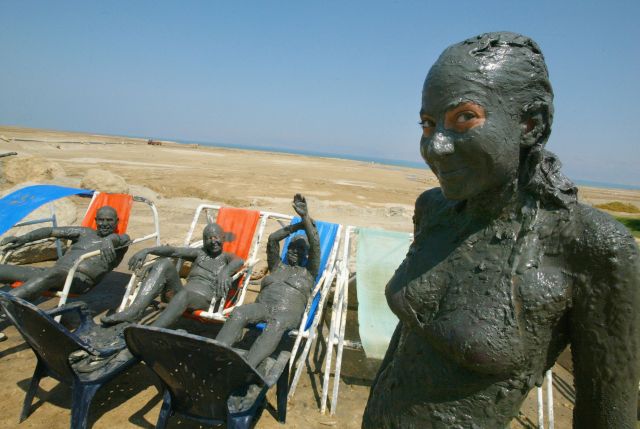 Tel Avivis like to complain that multitudes of French tourists in July and August take all their parking spaces, take over the beaches, and flood entertainment venues. But, bottom line, without thousands of Frenchmen and women (261, 000 to be precise) who visit Israel every year, the condition of the country’s tourism industry would be much worse.

It is true that we like to laugh at the broken Hebrew, the different mentality, and especially at their ability get sunburn and enjoy it, but we cannot ignore their major contribution to the local economy.

According to the Ministry of Tourism, France is the second largest source of European tourists, after Russia, and the numbers are growing. There were 7% more French tourists in January-May 2013 than in the corresponding period of 2012. What is in it for us? French tourists spend an average of $1, 232 during a visit to Israel.

Most of the tourists are Jews, and attempts have been made in recent years to attract non-Jewish tourists, in order to increase the numbers and to “sell” Israel to other clienteles.

One of the motivators of the French wave is unrelated to the usual attractions of beaches, sun, and holy sites; it is family events. The combination of a vacation and a wedding or Bar Mitzvah is very popular among French Jews. Many prefer holding a family event in Israel out of Zionism, kashrut, and, surprisingly, price.
Despite relatively high prices in August, holding an event in Israel is cheaper than in France. Add to this the waves of immigration in recent years and the fact that part of the family already resides in Israel, and you get the motivation to hold an event at an Israeli banqueting hall.

Beyond the dry numbers, it is impossible to ignore the heart. Most tourists are Zionists, who in view of various processes underway in France, are increasingly seeking a closeness to Israel. Many of them exploit their summer vacation to prepare for possible immigration in the future.
Many real estate brokers and employment agencies already know to clear their August schedules for meetings with French tourists who are checking the scene for homes, jobs, and schools for their children.

It is quite possible that, by next August, they will become Israelis who complain about the “French taking all the parking places in Tel Aviv.”