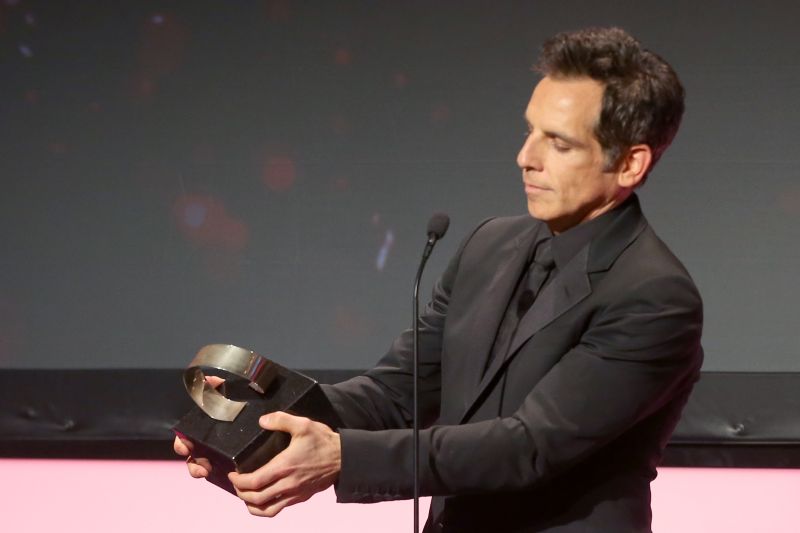 Ben Stiller, who has been spending more of his time in the last few years directing rather than acting, has convinced Downey Junior, one of cinema’s top grossing stars this year, to take not one but two roles in his latest production of Pinocchio.  Downey Junior, who recently had the audience at the edge of the seats in Iron Man, can they be appearing both as Pinocchio the puppet and Gepetto, the man who created him in what is planned to be live-action version of the classic fairy tale.

Ben Stiller and Robert Downey Junior have a friendship that goes back a number of years , with Stiller also having directed Downey in the film Tropic Thunder.

Now it appears that Warner  Brothers have signed Stiller to direct a modern-day version of Pinocchio, with Downey Junior began almost 180° move away from the action heroes he has been playing of late, as well as taking on the double role of Pinocchio, the super cute puppet/ boy as well as puppet master Gepetto.

While it is still very early days on the project, the only information leaking out of Warner’s studios so far is Downey Junior will be playing Gepetto as “a much younger character than the cartoon version” while the studios animators will be using all of the talents at their disposal as well as lots of motion-capture effects to allow the inventor as well as his little wooden creation to appear on the screen at the same time.

Reports have it Ben Stiller, Robert Downey Junior and the studio heads at Warner Brothers are excited about the film which has been in preparation for some time.

The original “Pinocchio” story, written by Italian author of children’s books , Carlo Collodi way back in 1883, has been adapted several times, with the best known and loved being undoubtedly the Walt Disney animated version way back in 1940. Stiller’s version, according to reports , will take a different slant on the storyline, focusing more on Gepetto as he sets off on a journey fraught with danger to find his missing puppet protégé.

Convincing Downey Junior to take on the double role of Pinocchio and Geppetto must have tested Stiller’s persuasive skills to the limit.

The reason being that Robert Downey Junior is generally known as the comeback king of Hollywood these days, having recently starred in not one but two Hollywood blockbusters, The Avengers and Iron Man 3, with each having brought in over $1 billion at the box office, making Downey top of the list of the Highest Paid Actors in Tinseltown with an estimated $75 million flowing into his bank account between June 2012 and June 2013 alone.

Yes it was only a few years ago, Downey Junior was close to being persona non grata in Hollywood, with a list of personal problems as long as your arm. However it appears that Downey has successfully fought off his demons and is back to the top of his profession.

Originally Warner  Brothers planned that Tim Burton was to direct the movie, but when things didn’t work out, Downey Junior, who already penciled in to play the leading role of Pinocchio, suggested his friend Ben Stiller for the job, as they had really enjoyed successful producer actor relationship in the 2008 movie, Tropic Thunder.

Now it appears that the duo will be working together again, in one of the more unusual movies planned to come out of Hollywood within the next year.

Ben Stiller was born and raised in New York City, son of veteran comedians and actors Jerry Stiller (Frank Constanza from Seinfeld) and Anne Meara. Stiller had the world of entertainment flowing through his veins, and as a young man only saw his future on one side of the camera, as a film producer and director. To pursue his dream, Stiller enrolled as a film student at the prestigious University of California in Los Angeles. However after just nine months, Stiller homesickness for the Big Apple was so strong that he left school to move back home.

Back in New York, Stiller learned and polished his skills, working first in television comedy, before beginning a producing and directing career, that saw him win a lot of appreciation yet not too many awards. In the eighties, began to work more as a producer and director, as well as taking some supporting actor roles in comedy movies.

Eventually, such was Stiller’s success as a comedy film actor that he began to spend less and less time directing, and despite a few cameo roles here and there, the boy from New York City is now regarded as one of Hollywood’s most talented directors.