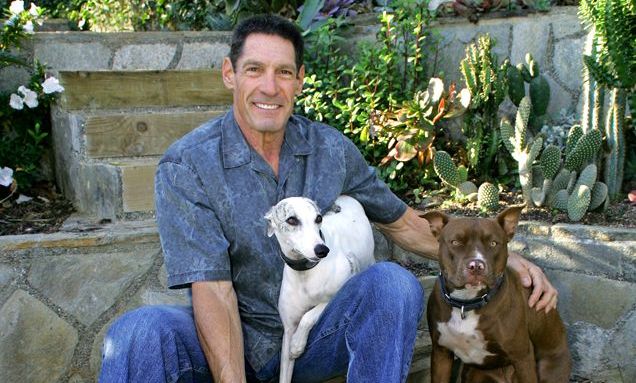 The important Sabin Vaccine Institute Product Development Partnership program, to be supported by Dr. Michelson, has been established in an effort to develop a vaccine capable of covering all of the four major human helminth infections that affect more than one billion people throughout the World.

The Sabin Vaccine Institute Product Development Partnership (Sabin PDP), based in Houston Texas at Baylor College of Medicine as well as the Texas Children’s Hospital recently announced the launch of their vaccine discovery program to treat the soil-transmitted helminth (STH) disease that is known to affect one billion people, most of them from the World’s developing countries, with a vast number of those stricken by the disease being children.

Soil-transmitted helminth infections are transmitted by eggs present in human feces which in turn contaminate soil in areas where sanitary conditions are substandard.

The principal species of STH are the roundworm (Ascaris lumbricoides), the whipworm (Trichuris trichiura) as well as two types of hookworms (Necator americanus and Ancylostoma duodenale.

Due to the generous support from the Gary Karlin Michelson, M.D. Charitable Foundation, Inc, Sabin PDP will have the financial capability to advance the development of lead candidate antigens for the treatment of these diseases, through the capability of incorporating them into existing hookworm and schistosomiasis vaccines currently being developed by the Sabin PDP to create a vaccine capable of acting against all of the four major human helminth infections

Dr. Gary K. Michelson has wholeheartedly stated his desire to support the efforts to develop a vaccine to fight the effects of these devastating parasitic worm infections to free the more than one billion innocent people whose health is being unnecessarily plagued by these diseases. “I hope that rigorous research, studies, and testing conducted by the Sabin PDP, along with additional investments, will eventually lead to meaningful discoveries.” Dr. Michelson summed up

According to Dr. Peter Hotez in charge of the project, the Sabin Vaccine Institute is excited to add this momentous program to the Sabin PDP’s existing portfolio of neglected tropical disease (NTD) vaccines, “This new initiative opens a potential way forward to alleviate the suffering of millions of people living in extreme poverty worldwide.” Dr Hotez concluded.

The two principal ailments that, hopefully, the new vaccines will play a part in eradicating are Ascariasis, an infection of the small intestine, known to afflict an estimated 800-900 million people, and Trichuriasis, an infection of the large intestine, affects approximately 500 million people arguably the primary cause of inflammatory bowel disease in the World’s developing nations. Both are lingering infections known to significantly impede physical as well as cognitive growth in children.

This new vaccine project will leverage the Sabin PDP’s programmatic and technical infrastructure with the intention, that ultimately, one or possibly both antigens will be selected in a form of development that could eventually be added to the hookworm and schistosomiasis vaccines currently under development by the Sabin PDP institute.

Dr. Gary K. Michelson was born and raised in Philadelphia, where he attended the Central High School in the city before going on to study medicine at the Temple University city later completing his completed his medical residency in orthopedic surgery at the Hahnemann Medical Hospital, both of which were also situated in the city of his birth.

Dr. Michelson has dedicated his medical career to the treatment of chronic spinal ailments, with his inspiration coming from his late grandmother, who suffered from a crippling spinal deformity. After completing a fellowship training in spinal surgery at St. Luke’s Medical Center in a joint program between Baylor University and the University of Texas, established a practice as a spinal surgeon, which he operated for more than 25 years, as well as finding time to write more than 100 research papers and publications on the subject of spinal deformities and their treatments.

Unable to come to terms with the disappointing rates of success that was typical of spinal surgery procedures during the early years of his career, Dr. Michelson developed much of his free time planning and developing improved spinal implants, as well as instruments and procedures that he hoped would enable his fellow spinal surgeons to facilitate cures for a larger number of people who suffered from chronic spinal ailments.

These devices, which became recognized within the medical profession as “Michelson devices” have been implanted in hundreds of thousands of chronic spine deformity sufferers throughout the world, with Dr. Michelson being the patent holder of over 250 U.S. Patents on instruments, methods and devices for advances in spinal and orthopedic surgery with his inventions generally recognized as having made spinal treatment and surgery safer, faster, more effective all as considerably less expensive.

In 2005, Dr. Michelson sold the ownership rights to a large number of his spine-related patents to the medical giant Medtronic for over $1 billion.

Since his retirement, Dr. Michelson has been involved in the founding and also founded and funding of several charitable organizations including the Medical Research Foundation Trust, the Michelson Medical Research Foundation, which focuses primarily on genetic research as well as the Twenty Million Minds Foundation, a comprehensive library of higher education textbooks, backed up by technology to do away with the need the costly textbooks.

Through the many charitable foundations that he has founded and continues to support Dr. Michelson has donated over 100 million dollars towards medical research.

Another pet for a project for Dr. Michelson is the Found Animals Foundation, a privately operated foundation with more than ten million dollars of funding, primarily dedicated to the welfare of animals. The funding goes towards helping to convert municipal animal services into more successful adoption centers, as well as providing no-cost spay and neutering services to low-income households. The fund also provides a form of funding for families who have rescued a dog or cat, which has been scheduled for euthanasia.