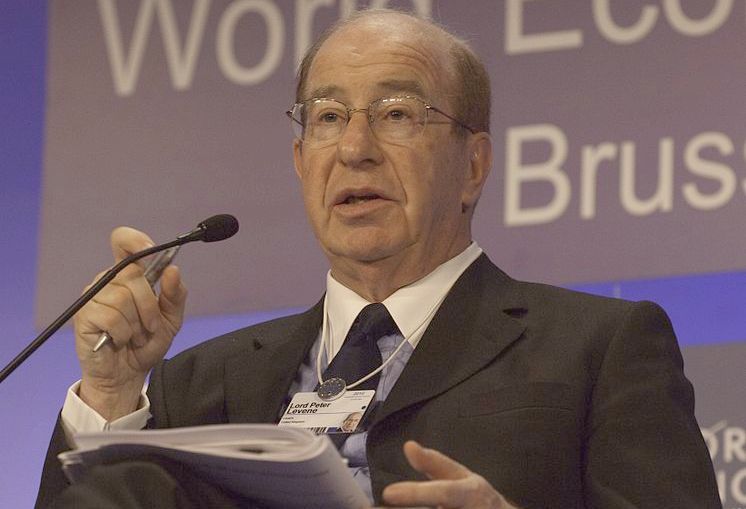 With a wealth of experienced garnered over more than 40 years in the upper echelons of in industry, finance and government, Lord Peter Levene has joined the advisory board of London-based fund management company Benson Elliot . Levene will be joining an elite  group, made up from senior business executives as well as former government leaders each of whom provides strategic advice to Benson Elliot.

Benson Elliot was established in 2005 by leading real estate expert Marc Mogull with the intention of establishing a framework successful real estate investment, while coping with the rapidly changing market environment of the time.

Today, despite the economic downturn of the last few years in the UK, Benson Elliot succeeding in being awarded the responsibility of managing funds for a number of leading UK institutions, taking in endowment funds, pension funds, private foundations, and high net worth individuals. Currently Benson Elliot have under management  a total investment portfolio in the region of €4 billion.

Throughout its history Benson Elliot have placed particular value on the advice of their advisory board members, who are far from figureheads such, but instead expected to provide the company with invaluable insight into public policy thinking particularly in relation to private equity real estate. In addition Marc Mogull is a big believer in having people on his advisory team with specific sector-based experience and knowledge, which is undoubtedly the reason why the company feels it is so important to have someone with such diverse experience as Lord Levene on the advisory panel.

According to Marc Mogull, founder Lord Levene is regarded as being among one of the most accomplished business leaders of his generation, with an impressive record of achievement in finance and industry, as well as having served as a trusted adviser to government as well. “ His extensive knowledge of our sector, the finance sector, and the broader business and policy environment will provide Benson Elliot with important commercial and strategic insight. I am very pleased that he has decided to join the advisory board, and look forward to working with him as we grow our business.” Mogullsummed up

In response Lord Levene confirmed his delight to be joining the Benson Elliot team, and be provided with the opportunity to bringhis experience to one of the most accomplished and respected fiduciary service firms in the European property arena. “ I look forward to working closely with Marc, the partners of Benson Elliot, and the other members of this dynamic team.” Levene concluded

Lord Levene is highly active in the business world , currently acting as chairman for Starr Underwriting Agents, General Dynamics UK as well as the  UK Ministry of Defence Reform Group. Before taking these goals Lord Levene was chairman of Lloyd’s insurance from 2002 to 2011.

Before moving into the world of insurance Lord Levene gained considerable experience in the banking world, having been vice chairman of Deutsche Bank, chairman of the Bankers Trust International, deputy chairman and managing director of Wasserstein Perella, and senior financial advisor to the Morgan Stanley Private banking group.

Peter Levene was born in London, during the toughest days of Word War Two, receiving his education at the prestigious City of London School, before going on to study Economics and Political Science at the University of Manchester.

After graduating in 1963 , Levene joined a young company by the name of United Scientific Holdings, which helped to build into a substantial supplier to UK and overseas Ministries of Defence. He eventually rose to the post of chairman of that group, before leaving to join the public sector.

Thanks to his considerable talents and energies, Levene held down a number of cities positions, eventually becoming a Permanent Secretary in the UK Ministry of Defence with particular responsibilities responsible for Defence Procurement.

Lord Levene was knighted in 1989 for his service to Defence, and in 1997 was granted a peerage, today sitting in the House of Lords as Lord Levine of Portsoken. In appreciation of his tremendous efforts in behalf of defense establishments and other major European countries, Lord Levine being awarded the titles of Knight Commander of the Order of Merit in Germany, Commander of the Ordre National du Merite in France, as well as an Order of Merit in Hungary.