Today, a number of news reports came out stating that Intel has acquired Omek Interactive, an Israeli gesture recognition technology start-up it has previously invested in. The price according to Globes was in the US$30-40 million range, and between US$30-50 million according to the technology blog Geektime. Rumours of talks between Apple and another Israeli motion sensing control start-up PrimeSense were also reported, but not confirmed.

Omek had previously raised about US$14 million in total, about half of which came from Intel Capital itself as a strategic investment. A post on Haaretz says the deal actually concluded last week and gave a confirmation directly from Intel itself: “The acquisition of Omek Interactive will help increase Intel’s capabilities in the delivery of more immersive perceptual computing experiences, ” their statement says.

There appear to be a few reasons why Intel is going beyond being simply a strategic investor now. First, Omek probably needed money and may have concluded it was simply better positioned to make its exit instead at this point.

Another is that Intel wants the technology as part of what Geektime refers to as its bigger moves into 3D visualization and “perceptual computing”, Intel’s catch-all term for gesture, touch, voice, and other AI-style sensory technologies, which is also the subject of a big new US$100 million Intel launched just a few months ago.

Finally Geektime apparently suggests that this is part of a hardware play: Intel likes to make lots of chips; Omek technology can be embedded into chips with lots more functionality in order to drive new purchases of more powerful chips from chipmakers such as Intel.

So gesture is increasingly coming into focus and will let us get machines to do our bidding with the wave of a hand, or finger, soon. 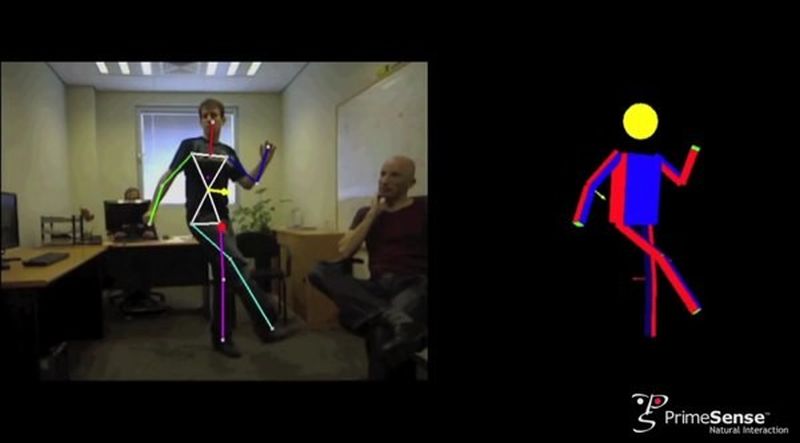 As tech blog Venture Beat reported when the idea of a possible purchase of Omek first surface a few months ago in March the world’s biggest chip maker, Intel is highly focused on technologies for controlling a computer or tablet that include voice recognition, face recognition, eye-tracking, and motion sensing. Qualcomm and Samsung, likewise, also want to bring such technologies to their mobile markets.

Companies are trying to bring the technology promise of the fiction of Tom Cruise’s Minority Report to reality. But consumers are not easily fooled and will only settle for the real thing. Omek’s technology may indeed fit into this category as the market for gesture-based controls now develops.

Omek’s earlier focus was doing full-body motion-tracking systems, dubbed Beckon, that competed with Kinect. The idea was to enable gesture controls for movies or music playback, as Microsoft’s Kinect can also now do. But there wasn’t much of a market beyond Kinect.

Another Israeli company PrimeSense, also the subject of takeover rumours today – this time by Apple and mildly ridiculed by sources within the company itself, which does not always mean they are false by the way, showed new 3D cameras at the Consumer Electronics Show earlier this year. These cameras featured much reduced costs so that gesture controls can be taken into a variety of completely new markets – even such as tracking goods on retail shelves. Qualcomm has acquired its own technology for gesture controls as well.

Omek is also focused on a technology that it calls Grasp, which is the recognition of small finger movements at closer range. Omek is working with various Intel divisions on that technology, which could be part of the larger perceptual computing offering. In software, Omek’s rivals include Softkinetic, Pointgrab, and Eyesight. The latter use 2D webcams, rather than the more costly 3D space cameras. Gestigon and LeapMotion are competitors in hand-movement recognition. The whole space is lighting up and very exciting at the moment.