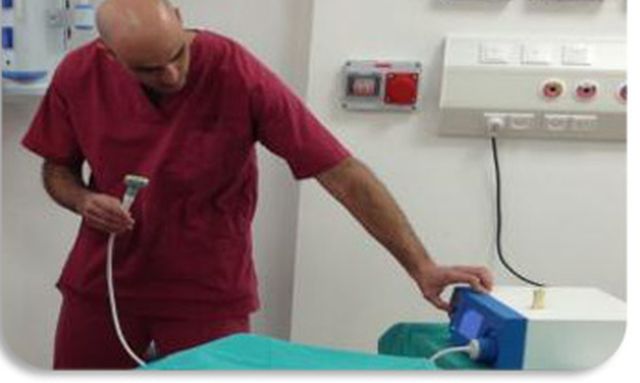 An Israeli firm has developed a method of ‘welding’ together surgical wounds. Mothers-to-be undergoing caesarean sections could be among the first to benefit, with treatments carried out as soon as this autumn. It will also be suitable for burns victims and cosmetic surgery patients.

So, no more staples, stitches or unsightly scars – thanks to IonMed’s innovative BioWeld1 “cold plasma” technology. A medical version of a welding torch and, according to the company, it takes just three or four minutes to seal a wound and with minimal scarring.

The technique welds a thin film of specially-designed plasma – based on a naturally occurring sugar – over the wound, closing it with tool operating at 40 degrees celsius. It is hot enough to make the skin tingle but not enough to cause pain. The Plasma is channelled through a pen-like device to close wounds smoothly and safely on the human body. 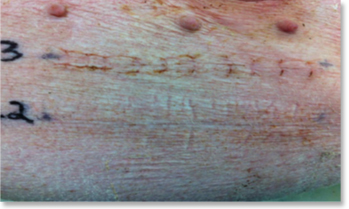 The upper incision (marked 3) shows the closure with metal staples.

The bottom incision (2) shows the closure with IonMed’s welding technique.

The company has so far had three successful clinical trials to test their new product. In the most recent trial, BioWeld1 was used to close the skin incisions of 16 women who underwent Caesarean sections. The company reported that several weeks later the wounds had all properly healed with the likelihood of complications such as infection were very low.

IonMed was founded by CEO Amnon Lam and his brother, Ronen, and they are now in the process of seeking series B funding.

The company anticipates receiving the CE mark of approval in Europe for their technology by the end of the year. After closing its next financial round, IonMed will begin a round of trials in Europe and the United States in order to receive approval from the US Food and Drug Administration (FDA) and then go on to launch its next cold plasma-based product.

It says the approval process should take a matter of months, meaning the new system could available for use on patients by the autumn.

The expected equipment price should be around $ 3, 750 for the welding tool, plus around $15 – $ 22 for each plasma kit needed for each caesarean operation.