Now well into his sixties, Spielberg is displaying absolutely no signs of reducing his workload with reputedly around a dozen projects in different stages of development at his DreamWorks Studios. Now the Hollywood icon has added another project to the pile, and this time it’s a classic. 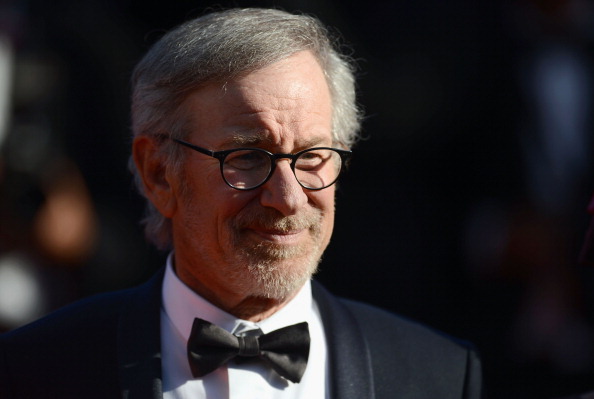 Stephen Spielberg is not only one of the finest producers in movie history but is also known to be a lover of the Genre. That’s the reason why where he heard Robert Redford was interested in acquiring the screen rights from the Steinbeck estate, he beat a path to their door and succeeded in convincing them that DreamWorks Studios was the place where, if a remake of the 1940s classic was to be made, they should be the ones to do it.

John Steinbeck’s novel was first published in 1939 to tremendous public acclaim. Such was the interest that “the Grapes of Wrath “was produced for the screen the following year, directed by another Hollywood legend of his time, John Ford with Henry Fonda in the leading role.

The novel and the subsequent film depicted the lives of the Joads, a typical American and how they struggle with the effects of the Great Depression in the 1930s.

Although reports have it not that no official deal has been signed as yet, Spielberg is reportedly very much on the verge of reaching agreement with the Steinbeck estate, who apparently more interested in Spielberg’s offer, as he has undertaken to produce the classic story as a feature film for the cinema, with Redford more interested in making a mini-series for television

Steven Allan Spielberg was born in Cincinnati, Ohio. As a teenager he went live with his father in California, where he attended the film school at the University of Southern California School of Theater, Film and Television. (CSULB).

However his attempts to become a convention student were hampered by the later discovered fact that Spielberg suffered from dyslexia, and despite two separate attempts, gave up on his dream to graduate,

However thirty-five years, Spielberg achieved his dream completed his degree as an external student at CSULB, being awarded a Bachelor of Arts degree in Film Production and the Electronic Arts.

After leaving CSULB went to work as an intern at Hollywood’s Universal Studios where he spent most of his time working and learning with the studios editing department.

While serving his internship at Universal Studios in 1968, Spielberg was given the opportunity to make his first short film for theatrical release, a 26-minute cameo entitled Amblin’.

Sidney Sheinberg, at that time the vice-president in charge of production at Universal’s TV arm, was shown the film, and was impressed. Impressed enough, just a year later, to offer Spielberg the chance to become the youngest director to be signed by a major Hollywood studio.

Since then, during a career which has now spanned more than four decades, Spielberg’s films have become classics of modern Hollywood blockbuster filmmaking, causing them to be considered among the most and influential filmmakers in the history of cinema.

In addition three of Spielberg’s film productions, Jaws in 1975, E.T. the Extra-Terrestrial in 1982, and Jurassic Park in 1993, shattered box office records, each becoming the highest-grossing film of that decade.

To date, Spielberg-directed films have generated income of more than $8.5 billion throughout the world, while helping the iconic director  build a personal fortune estimated to be around  $3.2 billion.

In this article:California, Ohio, Finance