It only took a simple answer to a simple question addressed to Federal Reserve Chairman Ben Bernanke this week to see the US markets and most of the world’s major commodities begin to make a recovery after more than a month of regression. 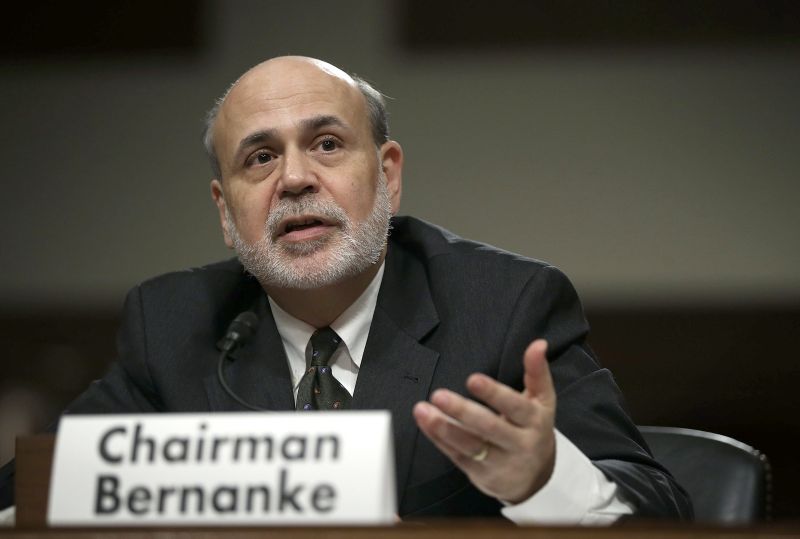 With the markets in a state of turmoil in recent weeks and the price of gold plummeting large due to the uncertainty in the US financial markets as to when the Federal Reserve would call a halt to quantitative easing.

There were already signs around that Bernanke, who is due to wind up his post as chairman of the Fed in the early part of next year, was starting to rethink his previous comments that the days of quantitative easing was drawing to a close.

Just three hours being asked the leading question, the central bank had released minutes of their June 18-19 gathering that clearly showed around that while around half of the 19 members in the Federal Open Market Committee present at least half were of the  opinion that now was the time to call a halt to the $85 billion monthly bond purchases. If not now, certainly by the year’s end.

The minutes also showed that there were a significant number of Fed officials who were still on the lookout for more reassuring signs particularly regarding employment levels. The general impression from anyone who had a chance to study the minutes was that an end to quantitative easing was not as close as many people had expected.

And when asked, at a public appearance a few hours later, to give a timescale for the end of quantitative easing, Bernanke replied with the following cryptic reply. “Highly accommodative monetary policy for the foreseeable future is what’s needed in the U.S. economy.”

A reply that was interpreted by financial commentators that, despite the fact that the Fed has begun the process to reduce the monthly bond buying, policy makers are still planning to maintain unprecedented stimulus levels in particular near-zero target interest rate.

One of the countries leading economists pointed out that, in his opinion, it is clear that at this point the Fed wants to pull the trigger on the wind-down of QE, while at the same time calming market anxieties regarding the possibility raising rates for the foreseeable future. This despite the fact that there are obviously pretty significant divisions among policy makers on a number of issues.

Almost as soon as Bernanke’s comments became public knowledge Stock and bond futures began to rise with futures on the Standard & Poor’s 500 Index adding 0.9 percent to close on 1, 662.90, not spectacular but certainly a move in the right direction.

Also showing signs of cautious improvement were gold values that had been been reaching near three year lows of $1, 250 an ounce, immediately shooting up to $1, 265 an ounce, boding well for the future.

Also boding well the fact that Bernanke’s comments came before
the Labor Department’s released their employment figures for the month of June that despite exceeding expectations, adding 195, 000 jobs last month, still left the unemployment rate unchanged at 7.6 percent. Bernanke has consistently insisted that an end to quantitative easing will only be signalled when the US unemployment rate reaches 6.5%.

Fed policy makers are next due to meet July 30-31 in Washington, and indications are that they have no plans to update their economic forecasts after the meeting. In fact Bernanke isn’t scheduled to hold a press conference until after their the next scheduled meeting to be held on September 17th and 18th. By that time the FOMC will have been able to review the employment figures for July and August.

Until then it’s make hay while the sun shines for the markets.