–
ScaleIO develops virtual storage systems. The acquisition price is believed to be around $200 million. 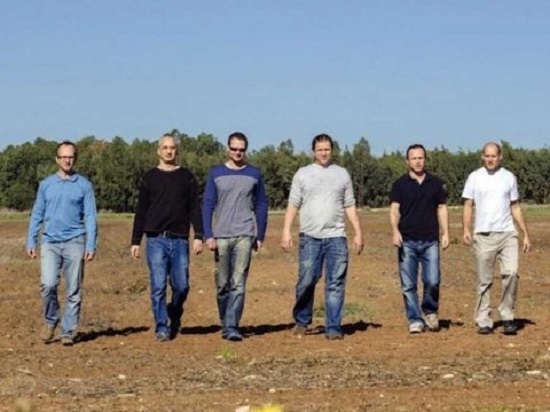 After a short period of negotiations, EMC Corporation (NYSE: EMC) announced today that it was acquiring Israeli start-up ScaleIO. The announcement does not disclose the amount of the deal, but it is of the order of  between $200 million and  $300 million , in cash.
ScaleIO, an Israeli startup with offices in Palo Alto, develops software to improve the performance of enterprise data storage systems, is a very young company. It was founded in 2011 by five veterans of the storage sector: CEO Boaz Palgi, Erez Webman, Lior Bahat, Eran Borovik, and Erez Ungar. According to the company website, they have known one another for fifteen years.

Cofounder Erez Webman had joined XtremeIO as chief architect in 2009 before it sold to EMC in 2012 for $430 million. Before that, he founded Topio, which sold to NetApp in 2006.

$12 million have been invested in ScaleIO, in a financing round completed in late 2012, from the NVP and Greylock funds, joining EMC, which invested in the company at its inception, and a number of private investors, among them Check Point chairman Amnon Bar Lev, who serves as chairman of ScaleIO, and Frank Slootman, formerly CEO of Data Domain, which EMC bought in 2009.

ScaleIO’s technology makes it a possible to forego expensive, high performance storage systems connected to the enterprise network via optic cable. Instead, the company’s software creates a new virtual storage space on the enterprise’s existing servers, saving up to 80% of the cost of storage. In large enterprises, these savings can reach tens of millions of dollars.

EMC says that ScaleIO will operate within the EMC Flash Product Division. ScaleIO and its Elastic Converged Storage (ECS) software will become part of the EMC XtremSW Suite, which EMC introduced earlier this year with the goal of enabling customers to better utilize and manage server-based PCIe Flash storage. The EMC Xtrem™ Family of products deliver server-side hardware and software (through XtremSF PCIe cards and XtremSW Suite) and all-Flash arrays (through another of EMC’s Israeli acquisitions, XtremIO).

EMC president and COO David Goulden said, “Flash now permeates every layer of ITin virtualized and non-virtualized environments. Enterprise workloads are diverse in nature, and EMC is committed to offering our customers and partners choice in their Flash deployments. ScaleIO is a natural extension to our best-of-breed portfolio. It strengthens our product capabilities in the area of server-side storage and brings a world class team that will undoubtedly enable us to innovate more quickly in the future.”