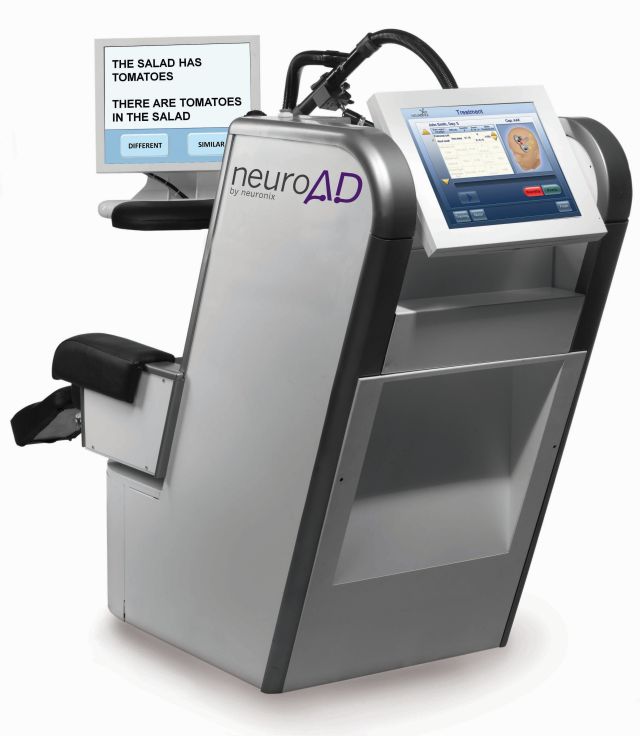 Please help us out :
Will you offer us a hand? Every gift, regardless of size, fuels our future.
Your critical contribution enables us to maintain our independence from shareholders or wealthy owners, allowing us to keep up reporting without bias. It means we can continue to make Jewish Business News available to everyone.
You can support us for as little as $1 via PayPal at office@jewishbusinessnews.com.
Thank you.
Neuronix, founded in Israel in 2008, has developed an innovative medical device technology for the treatment of Alzheimer’s Disease (AD). The technology combines magnetic simulation (TMS) targeting a specific brain area and adaptive cognitive exercise designated for the same area.Neuronix, announces that it will present at the leading Alzheimer’s Association International Conference (AAIC), in Boston, United States. The company will present clinical trials data to thousands of participants, including physicians, researchers, care providers and leading figures in the field from various countries around the world.

The company’s technology has been proven effective in clinical trials conducted in Harvard University (United States) and in Israel. The clinical trials have shown the technology to be more effective than current medication, and have proven its safety also when used in combination with existing treatments. Additionally, a slower degenerative progression was observed over time, while the treatment can be repeated every 9-12 months.

The company has identified 6 regions in the human brain, each responsible for a significant part in its cognitive functioning. Using the NeuroAD device, daily treatment is carried out, using precise and timed combination of electromagnetic pulses and cognitive tasks. The stimulation and exercise have been developed to simultaneously affect the same area in the brain.

The treatment is six weeks long, and it consists of five daily one-hour sessions per week. The treatment is currently available in Hebrew, English, all major European languages, as well as several Asian languages, to enable each patient to undergo the treatment in their mother tongue. The system monitors the patient’s performance and adjusts the stimulation level according to their abilities.

The device is available today in a few countries in Asia and Europe..

Alzheimer’s disease is incurable, and it is one of the most expensive diseases for health systems worldwide, with annual expenses estimated at 600 billion dollars. The number of AD patients globally is 30-35 million, and this number is expected to double by 2030.