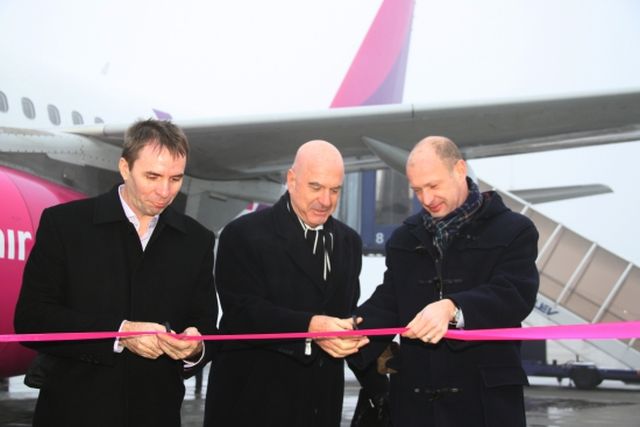 Wizz Air Flights to Lithuanian Vilnius and Polish Katowice will start operating in late October and will be followed by the route to Cluj-Napoca in Romania in late November. Vilnius and Cluj Napoca flights will initially be operating with 2 weekly frequencies while Katowice will have flights three times per week. Seats are available from as low as EUR 39.99* (one way, including all taxes) on wizzair.com.

Passengers will now be able to enjoy Vilnius, the capital of Lithuania known as the “Jerusalem of the North”, with its old town marked as a UNESCO heritage site. Katowice is known as the Center of Science, Culture and Business in South Poland. Cluj Napoca, Romania’s second biggest city is deemed the unofficial capital to the historical province of Transylvania and has a rapidly developing technopolis.

Wizz Air’s Daniel de Carvalho said: “After the success of our routes to Budapest and Bucharest launched since December 2012 we expect similar enthusiasm from consumers about our new services to Vilnius, Katowice and Cluj-Napoca. Combined with Wizz Air’s low fares these destinations will be highly popular among the Israeli community traveling to Europe. We are confident that Tel Aviv will benefit from the inflow of tourists that will visit Israel all year round.

Tickets on the new routes are already on sale starting from EUR 39.99* on wizzair.com.”