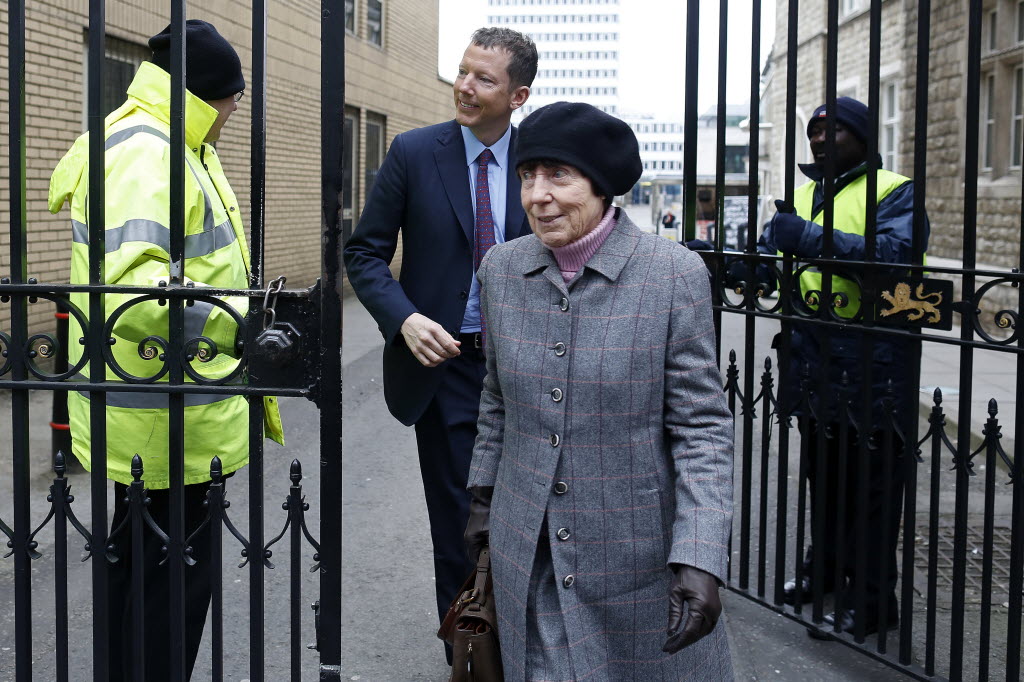 Nat, co-founder of Bumi Plc, and his mother Serena, leave after attending a shareholders meeting in London / Bloomberg

Reuters reports today that Nathaniel Rothschild, the British financier who owns a 14.8% stake in Bumi Plc, the Indonesian coal mining group, has asked Britain’s financial markets regulator, the Financial Conduct Authority to investigate the company. British lawmakers had earlier in July already launched an inquiry into resources companies which will examine a number of general corporate governance issues amongst London-listed companies, partly prompted by corruption probes at companies like Bumi.

The reputation of the City of London is certainly on the line too. After two years of bitter boardroom battles and a probe into financial irregularities, Bumi, co-founded by Rothschild and the Bakrie family initially to consolidate interests in two large coal mines in Indonesia, are still seeking to part ways with the Bakries in a $278 million deal. The Bakries and Rosan Roeslani were considered in December 2012 by the London Take Over Panel to have been acting in concert over Bumi Plc, forcing Roeslani to sell his own 10% interest in the group and leading to a search for resolution of the Bakrie 23.8% interest as well.

Bumi’s shares are listed on the London Stock Exchange, though trading has been suspended since April due to irregularities found in the company’s financial management with, as well, the deep dissatisfaction with Bakrie family of Indonesia’s still continuing shareholding. Under an announced separation deal, the Bakries then agreed to exchange cash and give back their shares in London-listed Bumi Plc in exchange for the group’s minority holding in one of its mining subsidiaries Jakarta-listed Bumi Resources.

The deal is still being hammered out though as it has not yet been consummated and the length of negotiations has raised questions over the Bakrie family’s ability to come up with the cash to pay for the separation. At the company’s Annual General Meeting on June 26th, Bumi’s new installed CEO Nick von Schirnding said the following, later reported on the company’s web site:”We are progressing the unwinding of Bumi Plc’s involvement with the Bakries…. This is a complex and difficult situation, involving a number of entities, including relevant regulators.

While the mechanics of the separation are still being worked on, I am confident we are nearing the end of this process. And as you will have read today, we have now been informed by the Bakrie Group that they have the full $278m of funding, including $50m in escrow, which is a positive development.

He also said “An additional factor delaying the separation was the discovery of expenditures with no clear business purpose. There simply can be no separation without recovery. In this regard, I am pleased to report that a settlement agreement has been signed today with the former CEO of (Bumi subsidiary) Berau, Rosan Roeslani, who has undertaken responsibility to ensure that the majority of funds that were classified as having no clear business purpose at Berau will be recovered.

This is major progress and we will put this to a shareholder vote at the same time as the separation transaction.”The second paragraph of his statement at the Annual General Meeting refers somewhat politely to a large amount of funds US$201 million that were withdrawn from a subsidiary of the company, apparently influenced by Rosan Roeslani as its CEO without proper authority or clear business purpose. The sub-text being – without actually saying so: possibly with fraudulent intent. So the company reported at the meeting that $173 million of the money would now be coming back from Rosan Roeslani – certainly the company’s main priority, and without any admissions of wrongdoing.

Since this was the primary reason for the suspension of trading of Bumi’s share in London in April, and since trading has not yet resumed as of this morning, one can certainly question whether the funds have actually at this date yet been recovered; certainly no announcement of this has yet been made. As for the Separation deal with Bakrie’s itself this also appears to be going too slowly for comfort and according to the Sunday Times of London yesterday, it is now apparently also suggested that the Bakries may be in talks regarding an “alternative” to its separation deal with Bumi, including a sale of their stake to Former Thai prime minister Thaksin Shinawatra.

A spokesman for the Financial Conduct Authority in London laconically said on Monday in relation to Nathaniel Rothschild’s reported request for an investigation: “We never confirm or deny an investigation”.

Bumi Plc has also declined to comment. Nathaniel Rothschild has every right to be livid over this; what was supposed to be the financial engineering of a mining powerhouse seems to be presently something of a nightmare. At the same time, on the production front it seems to be churning out plenty of coal so a lot of minds should clearly be focused on bringing it back to normal and appropriate governance functioning as soon as possible so its’ shares may resume trading once again. A baptism of fire for the company’s new CEO Nick von Schirnding as well; it remains to be seen whether he will survive it.