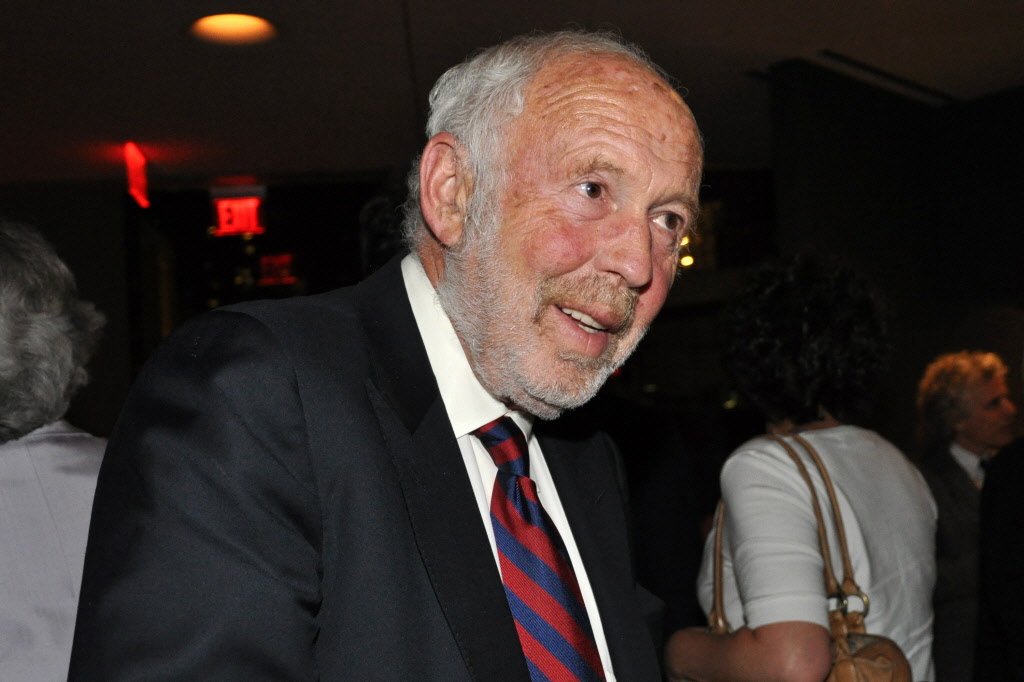 Last week Bloomberg reported that the United States Internal Revenue Service has been attacking an aggressive tax strategy put in place by one of New York’s most successful hedge funds, Renaissance Technologies, which is run today by its founder and Chairman James Simons. The IRS is apparently claiming the company owes it hundreds of millions of dollars for the illegitimate use, in its view, of an aggressive tax strategy to convert its investment trading profits from “ordinary” income to long-term capital gains.

For income tax purposes in the United States, and indeed in many other countries as well, long-term capital gains are usually defined as profits derived from investments held for longer than one year and which in the US are taxed at a much lower rate – 20% – compared to the standard 39.6% for regular or “ordinary” income as it is known.

James H. Simons, now 75, originally studied mathematics at MIT, and later became a famous theoretical mathematician in academia. He was also heavily involved in specialized mathematical activities for the US government and defense interests while working for the non-profit Institute for Defense Analyses at its research center in Princeton. In the 1960s Simons had been a code breaker for the National Security Agency.

He then became one of the few academics really to hit it big in business when he founded Renaissance in 1982, which is a private quantitative hedge fund dedicated, in particular, to what is known as “high frequency” trading. He is said to have been so successful that Forbes puts his net worth in 2013 at US$11.7 billion and number 82 in their world list of billionaires.

Today Renaissance has about 275 employees and over $15 billion in assets under management in three funds. It operates in East Setauket, Long Island, New York, near Stony Brook University. The company’s web site states simply that it is… “an investment management company dedicated to producing superior returns for its clients and employees by adhering to mathematical and statistical methods.” The firm has been so successful that it reportedly closed its book to new investors in recent years and today only acts for its then existing investor group and its own employees.

Renaissance employs a lot of math wizzes with Phds, known in the business as “Quants”, and is said to have consistently out-performed the market in recent years. Then, if you are getting stellar returns inevitably the IRS eventually comes calling if it feels your tax returns do not reflect the government’s fair share of the profits.

How to Save Taxes

All hedge funds seek ways to convert ordinary income to capital gains when they can as the tax advantage is hugely compelling if they are successful. The United States Congress and the IRS accordingly have paid, and continue to pay, a lot of attention to limiting their potential for doing so.

According to the Bloomberg report the IRS is now apparently claiming Renaissance has deployed a strategy for its Medallion $10 billion fund that is not only unusually aggressive and creative but also over the boundaries of legitimacy, thereby skirting hundreds of millions of dollars in back tax liabilities both for James Simon himself and many of his investors going back several years, which should be clawed back- said people with knowledge of the matter.

Accordingly in response the IRS is now demanding additional tax payments to cover these from investors in Renaissance’s $10 billion Medallion fund, the people said. The IRS is challenging the technique, which it called “particularly aggressive, ” without even specifically publicly identifying the hedge fund in the dispute on the record, as tax claims are held to be confidential in the United States. Such disputes can run for years privately, too, before even hitting the courts, if not settled in the mean time.

Raising the issue in general terms though as the dispute proceeds, which it is now doing, though, has an additional strategic benefit for the IRS of heading others off at the pass before it becomes a generally employed method on the street. By attributing elements of the story to off the record chats with ”sources” the theoretically private nature of the proceedings is preserved, though no one is deceived.

Companies are permitted to avoid taxes when it is appropriate, indeed it is their duty to shareholders to do so, however this becomes illegal evasion if the methods used to do so step over certain legally permitted lines – lines that are often quite hard to see, are subject to significant interpretation and are sometimes also subject to legitimate debate.

Large companies in particular therefore employ small armies of lawyers and tax accountants to determine precisely where the line between the two might be at certain times, which is often a judgment call, and then eventually go to bat in court if they have to defend their position.

For most people the “ordinary” nature of their business income is perfectly clear, but for Wall Street hedge funds who do a lot of trading, and especially those hedge funds known as “high-frequency” traders like Renaissance, who use complex mathematical formulas, or algorithms as they are called, and who obviously hold many of their investments for much less than a year and turn them over frequently it becomes quite a significant semantic and substantive challenge to find a way to have their trading profits classified as long term capital gain instead of as “ordinary” trading profits.

Well, just as alchemy is the term for those medieval sorcerers who thought they cold turn dross into gold with a few vials of secret chemicals, so the hedge funds of Wall Street are modern day alchemists who work hard using complex derivatives in many ways to turn logic on its head. In this case to find a way to re-characterize the essentially short term nature of their activities into long-term plays, and thus taxable only at the lower capital gains tax rate.

The IRS has now taken the unusual step of going public public with its own internal opinion as to why it regards the Renaissance methods as so obnoxious, with a legal report written in 2010 which actually describes the technique in some detail.

James Simon clearly has been playing to win here, for himself and his clients, and this is how he does it using derivative plays, according to Bloomberg who surfaced the memo in its report:

Renaissance’s strategy involves buying a derivative instrument called a “basket option contract, ” from a number of banks. As described in the IRS memo and by people with knowledge of the matter, the transaction worked as follows:

i) A bank buys a portfolio of stocks and other instruments that fund managers at Renaissance wanted to trade. The bank hired the fund managers to oversee the portfolio, paying them a nominal fee.
ii) Then Medallion bought an option with a term of two years, whose value was linked to the worth of the portfolio. Renaissance had full discretion to trade the securities in the portfolio.
iii) Medallion could claim it owned just one asset — the option -which it held for more than a year, allowing any gain to be treated as “long-term” when its investors reported the income on their personal tax returns.

So there you have it, an apparently simple method of changing time itself.

The IRS memorandum in 2010 describes the technique and outlines what they called a “particularly aggressive” example, without naming the players. The original purpose of the memo apparently was for top IRS attorneys in Washington to notify IRS staff so they could look out for it elsewhere after a tip-off received from the Securities and Exchange Commission.

On the face of it, to an outside observer without specialized knowledge it is obviously abusive; however in the rarified world of tax and finance it may take further legislation to bring it down as it is quite elegant and not inconsistent with other forms of income shifting techniques which have followed similar paths in the past.

Tax practice is very much an Alice in Wonderland world in some ways, when you close one door another one opens up and so it goes on as the closing of tax loopholes through legislation when necessary leads to the opening of new ones. One can expect the participants in this particular case have now put away some of the cash to pay the tax bill when it finally comes in. And by publishing it all one can expect that others will be deterred from going down the same path.

In a way it is also fitting that former secret agency employee James Simons should be involved here, in a story that is officially specifically confirmed by no one least of all him, as both he and Renaissance have declined to comment. At the same time everyone knows it is true. Amazing.

If you want to know more about the technique, you can read for yourself the entire memorandum from the Office of the Chief Counsel of the United States Internal Revenue Service, dated October 15th 2010 here