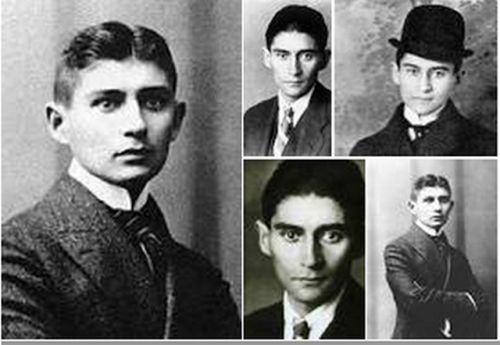 The Metamorphosis is a famous story written by Franz Kafka from the year 1915, where a man wakes up one morning and finds he has been transformed into a ​cockroach.

To celebrate his 130th birthday Google has commissioned, and today presented to the world, “The Google Doodle” – which is a representation of that story inside its own logo. Precisely what a psychoanalyst might make of their intention in doing so is so far undetermined, but nevertheless we should all celebrate the result: which is simply to do honour Mr. Kafka for giving us his wonderful books. Literary historians tell us that Kafka had a notoriously difficult relationship with his father Hermann, which is believed to have strongly influenced all of his work. The Metamorphosis itself is thought to be based upon Kafka’s own fears of insignificance and repulsiveness to his own family; Google however is unlikely to be harboring any such fears, one assumes…

Franz Kafka was born on July 3, 1883, in Prague, and he spent much of his there life as a law clerk in that city. He died in 1924 at the tender age of 41 still virtually unknown as a writer — his friend Max Brod was even instructed by Kafka to destroy his unpublished novels, which included “The Trial” and “The Castle.” Luckily, Brod failed to comply with his requests.

A number of Kafka’s most important private papers even ended up the subject of a long-running law suit in Israel, where Brod fled running from the Germans in 1939, settling on Spinoza Street in Tel Aviv. After his death his secretary/mistress Eva Hoffe was bequeathed his possessions and she and later her daughter Hava subsequently stalwartly resisted letting anybody look at them for decades, in a dispute aptly describable as distinctly “kafkaesque” to use one of his famous adjectives. Finally in October 2012, an Israeli court ruled that the papers must be handed to Israel’s National Library. The ruling thus settled a long legal dispute over ownership of the documents.

Today’s Google Doodle alludes to the famous opening of The Metamorphosis which reads: “One morning, when Gregor Samsa woke from troubled dreams, he found himself transformed in his bed into a horrible vermin.” In the Doodle the cockroach is shown going through a door, another allusion this time perhaps to the difficulty of obtaining entry into The Castle in another of his famous works with that title.

With Kafka’s overwhelming sense of the tragedy and absurdity of life, one can speculate easily that he might have been skeptical indeed of today’s Internet, a tool meant to foster human proximity that has instead left us glued to the front of a screen in effective isolation. And as to Google itself, a company famous, or one might now say notorious, for its “don’t be evil” mantra – one that, for many, is contradicted by the company’s alleged intrusion into users’ privacy he would for sure have had things to say not entirely flattering to the company.

However as one literary minded journalist for the Los Angeles Times pointed out this morning, perhaps the voyeuristic passivity made possible by the likes of Google would have entranced Kafka, who once said:

“You do not need to leave your room. Remain sitting at your table and listen. Do not even listen, simply wait, be quiet, still and solitary. The world will freely offer itself to you to be unmasked, it has no choice, it will roll in ecstasy at your feet.”

No doubt there are many computer nerds today who would agree… 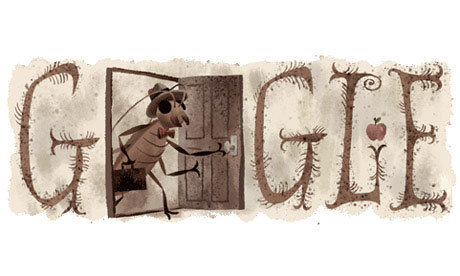 In this article:author, Google, Books, Finance