Some of the United States’s largest  investment fund managers  could only look on powerless as investors rushed to withdraw their money after Federal Reserve chief Bernanke announced what everyone had  expected and some had feared that the end of quantitative easing was on the horizon. 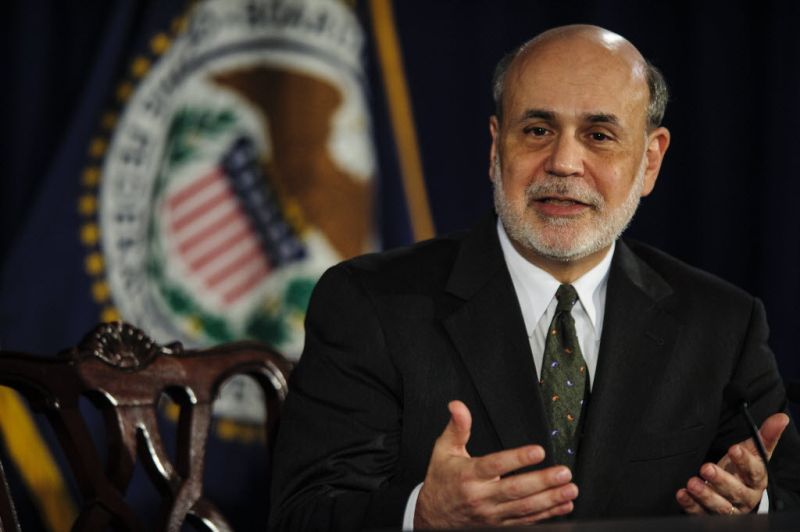 To say that June was a bad month for fund managers would be  the understatement of not quite the century but at least  the decade , with investors,   their nerves  already stretched tighter than that of a violin, found them being stretched even tighter.  It was all because  Ben Bernanke was heard on a number of occasions to hint that quantitative easing was about to be phased out by the end of the year, he may not have expected that it would have such an immediate and direct knock-on effect on fixed income investors. So rapid was the reaction that  many financial analysts pointed it  being the most pronounced race to withdraw  since the dark days of the sub-prime financial crisis of 2008.

For these companies the grim outlook doesn’t seem to be showing any signs of getting better any time soon, with the only hope being that  US employment data due to be released immediately after Independence Day will be optimistic enough to arrest the retreat from bonds.

One of the hardest hit was the PIMCO’s  Total Return Fund, recognised as being one of the more conservative investors. PIMCO, headed by legendary investor Bill Gross, had succeeded in raising a few eyebrows by snapping up large parcels of government debt from the beginning of 2013. Such were the levels of his investment that many analysts felt that he was, leaving his fund vulnerable to a dramatic reversal of fortunes, after an  unprecedentedly vigourous sell-off in the US Government bond markets

PIMCO’s  Total Return Fund which has traditionally dealt with US government bonds has reportedly taken a loss equivalent to just short of three per cent of its investors’ money of around $10 billion, almost 50% more than the previous record set in December 2010 when investors reportedly withdrew  $6.7 billion from a company, which, for obvious reasons, preferred to remain unnamed.

On the upside, Gross’s fund as has been typical of many of its competitors  has enjoyed tremendous growth thanks to the general investor preference to take refuge in the presumed safety of bonds over traditional stock market investments, especially  since the financial crisis of 2008.  Assets in PIMCO’s Total Return Fund  now sits at $268 billion, instead of the $132 billion they had reached in December 2008, although considerably less than the $278 billion where they were at the end of May of this year

Gross will take little comfort in the fact that almost all of the major bond mutual funds lost money in June, with market estimates predicting that the final figure will come to just short of $24 billion, making for the largest outflow of capital from the US bond funds sector since  October 2008.

All of rapid outflow of capital from the bond mutual fund market can still be dramatically reversed if, Bernanke or his successor, whenever appointed, decides to hang off on calling an end to quantitative easing, even temporarily.