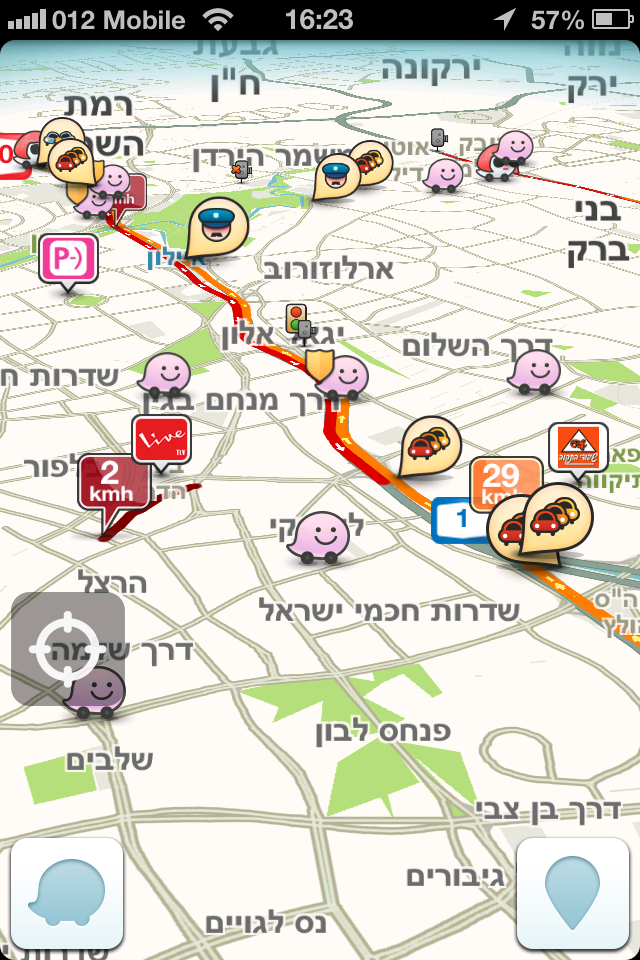 The acquisition of Waze Ltd. by Google Inc. (Nasdaq: GOOG), a story which “Globes” broke, is having an impact on Israel’s high tech. Since the announcement of the deal less than a month ago, demand for mobile and Internet app developers has risen by 40%, according to Etosia Human Resources Ltd.
The sale of Waze for $1.1-1.3 billion in cash, enriched its investors, founders, and employees. The deal has whetted appetites in the Israeli market, and people are trying to follow Waze’s road to an exit. This trend has caused heavy demand for open code engineers, and UI/UX experts.
Waze was founded in 2008 and launched its crowdsourcing navigation app in 2009. Ahead of the sale to Google, there were media reports about a sale to Apple Inc. (Nasdaq: AAPL) or Facebook Inc. (Nasdaq: FB). Waze insisted on keeping its Israeli offices and its 100 employees in the country, in addition to its US offices. This stubbornness paid off, and Waze founders will make $185 million on the sale of the company.
Etosia’s figures extend beyond developers to the high-tech market as a whole. Research data indicate a jump in the number of start-ups seeking capital and investors. Since the official announcement of the Waze deal, there has been a 38% jump in the number of start-ups seeking capital. The data is in line with trends in the Israeli in the first half of 2013. The study found a 55% jump in demand for developers and 27% increase in demand for mobile designers. 487 start-ups, mostly mobile and Internet companies, were founded in the first half of the year, an increase of 23%. Most of the companies were founded in the past two months.
There are also less positive trends, which large high-tech enterprises must cope with. There was a 7% rise in the number of employees who voluntarily quit their jobs in the first half of 2013. “These extreme trends are very characteristic of the local markets after an event of the size of the Waze deal, ” said Etosia CEO Eyal Solomon. “This volatility is especially prevalent among young developers who can naturally allow themselves to take more risks. It is important to remember, however, that there are also events which chill these trends, such as the case of Better Place Inc., which is now in liquidation.”
Solomon added that more and more venture capital funds now prefer to invest in apps over many other fields, but that return on investment considerations are not always the priority. “There are now investors who prefer in advance not to sell an app for even a shekel in order to build up at a potential buyer a fantasy of an app with a future value of hundreds of millions of dollars.”
Published by www.globes-online.com