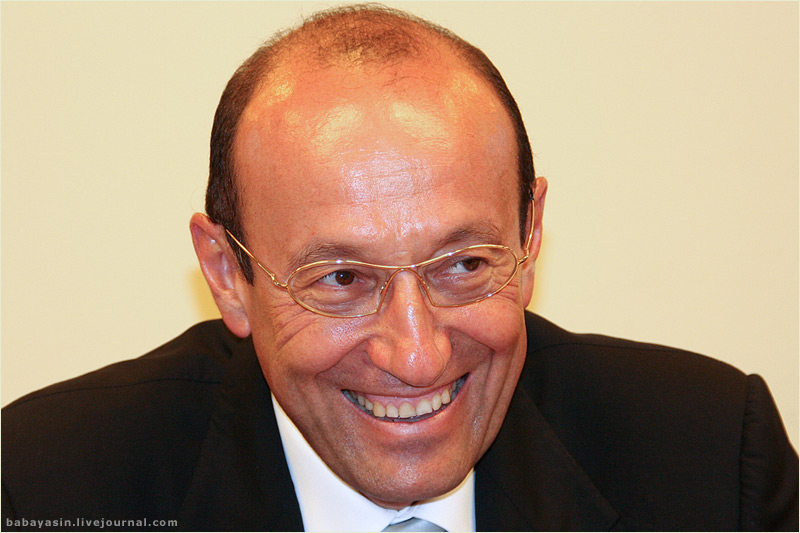 After a number of attempts to have their Kazakhstan mining company, the Eurasian Natural Resources Corporation (ENRC) be taken back into private hands have ended in vain and now appears that Alexander Mashkevich has pulled out a vital trump card, through securing the support of, till now, a hostile shareholder in the company , Kazakhmys, who are owned by the Kazakhstan government.

After considerable consideration it now appears that the board of Kazakhmys, themselves also listed on the London Financial Times stock exchange, have given their approval of the ENRC bid.

A spokesperson for Kazakhmys hastened to point out that while the bid may undervalue ENRC and its assets, after discussing the matter with the owners of ENRC consortium the company has arrived at the conclusion that there is little or no prospect of obtaining improved terms.

“Moreover, the board considers the prospects of realizing greater value from ENRC in the short to medium term to be remote and the risks of further erosion in value to be considerable, ” the spokesperson summed up.

According to information received the new consortium made up of Alexander Mashkevich, Alijan Ibragimov, Patokh Chodiev in cooperation with the Kazakh government have offered $2.65 per share in cash, along with a swap deal amounting to around a quarter of each Kazakhmys share for every ENRC share exchange.

The terms are regarded as a minor improvement on the consortium’s previous offer of around $2.45 per share as well a swap of 0.23% of each Kazakhmys share for every ENRC share exchange that was put forward in the middle of last month. That offer placed a value on the company of around $4.9 billion, while the current offer values the company at $4.5 billion (£3.0 billion, a situation that has raised the ire of those companies and individuals who hold the remaining 20% of stock in the company. One of the independent shareholders has reportedly raised considerable objections stating that the renewed offer continues to materially undervalue ENRC.

It now appears that Kazakhmys has decided to cut their losses and move themselves out of the shares in ENRC. The decision is understandable considering that share values in the company have fallen by around half in the past year, due to a combination of corporate governance issues that almost caused ENRC to be removed from the FTSE for non-compliance with the 25 per cent free-float condition as well as UK Serious Fraud Office investigation into the company. According to unofficial sources the board at Kazakhmys board have made the decision to accept the offer due to genuine fears that their stake in the company to be frozen.

In a statement made before they submitted their updated offer Aleksander Mashkevich and his partners Alijan Ibragimov and Patokh Chodiev announced that in response to the recent press speculation, the consortium confirms that it is in the advanced stages of preparation of a possible offer to be made for the entire issued and to be issued share capital of ENRC. “The offer will be made according to a pre-condition that Kazakhmys will deliver an irrevocable undertaking to accept the offer with the only proviso being will be subject to Kazakhmys shareholder approval.

The statement went on to declare that In response to the recent press speculation, a newly incorporated company (“Bidco”) that has been formed by the consortium comprising Alexander Mashkevich, Alijan Ibragimov, Patokh Chodiev and the State Property and Privatization Committee of the Ministry of Finance of the Republic of Kazakhstan confirms that it is in the advanced stages of preparation of a possible offer to be made for the entire issued and to be issued share capital of ENRC.”

Alexander Mashkevich was born in the town of Frunze in the region of Kyrgyz SSR in the former Soviet Union. Mashkevich graduated from the Kyrgyz State University with a degree in philology, which combines literary studies, history as well as linguistics.

Mashkevich originally intended to follow a career in academics. However the lure of entering into the business world was to prove too tempting during the heady days of perestroika in the Soviet Union.

It was then that Mashkevich formed a business allegiance with Ibragimov and Chodiev which has remained strong to this day. Known from their early days as “the Trio, ” they rapidly gained control of large parcels of the recently privatized chromium, alumina, and gas mining operations in Kazakhstan, under the umbrella of Eurasian National Resources Corporation (ENRC),   becoming billionaires in the process.,

ENRC gradually moved their business base to the city of London, from where they operate a number of metal mining companies not only in Kazakhstan but throughout Eastern Europe as well as in Africa. ENRC was eventually floated on the Financial Times London Stock Exchange in late 2007, with a market capitalization of approximately £6.8 billion. In 2009, when the company was at their peak, ENRC generated global annual sales of $3.8 billion, earning close to $1.5 billion in profit. A far cry from the figures the company is currently returning.

Mashkevich is also active in Jewish affairs in Eastern Europe having served as president of the Euro-Asian Jewish Congress (EAJC) one of the five regional branches of World Jewish Congress (WJC), retiring his post in 2011.