Jacob Frenkel, who would replace Stanley Fischer, last led the Israeli central bank from 1991 to 2000. 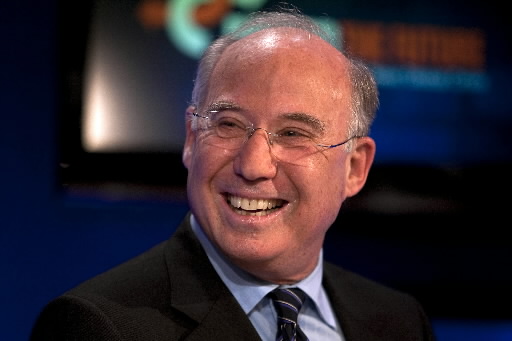 The government has now confirmed press reports circulating earlier that  Jacob Frenkel will again become the Governor of the Bank of Israel. In terms of formal process Prime Minister Benjamin Netanyahu and Finance Minister Yair Lapid will present his appointment to the Committee headed by Judge Turkel and then to the Cabinet for approval.

Jacob Aharon Frenkel is an exceptionally distinguished academic economist and also a former Governor of the Bank. In his previous incarnation as Governor he served between the years 1991 – 2000, and was widely credited at the time with reducing inflation in Israel, liberalising the country’s financial markets, removing foreign exchange controls and helping establish Israel firmly in the world economy.

Jacob Frenkel is now 70 years old but for central bankers, as with the finest wines and the most distinguished of symphony-orchestra conductors, it seems they frequently can only improve with age.

When one inspects his credentials it is hard not to conclude that, once the appointment is indeed formally approved by Judge Turkel and by the Cabinet and he is re-installed at the Bank of Israel, then the country will be very well served indeed in its choice of new Governor. Frenkel will succeed Stanley Fischer, no slouch himself, who is resigning at the end of this month after eight years on the job and under whose leadership, in 2010, the Bank of Israel was ranked first among central banks for its efficient functioning, according to IMD’s World Competitiveness Yearbook. Fischer is now stepping down half through his second term stating that he has accomplished what he set out to achieve.
Frenkel earned a BA in economics and political science at the Hebrew University, before going on to earn an MA and PhD in economics at the University of Chicago. His PhD thesis there was entitled Money, Wealth and the Balance of Payment in a Model of Accumulation.
Jacob Frenkel has also spent many years at the apex of the business world and is currently Chairman of JPMorgan Chase International, which executes the international strategy of the giant American financial services firm. He also serves as Chairman and CEO of the Group of Thirty (G-30), which is a private, nonprofit, consultative group on international economic and monetary affairs.
During 1995-1996, Frenkel served as Chairman of the Board of Governors of the Inter-American Development Bank and, during 1999-2000, as Vice Chairman of the Board of Governors of the European Bank for Reconstruction and Development. Between 1987 and 1991, he was the Economic Counselor and Director of Research at the International Monetary Fund, and between 1973 and 1987 he was on the faculty of the University of Chicago where he held the position of the David Rockefeller Professor of International Economics and served as Editor of the Journal of Political Economy.
Professor Frenkel is a fellow of the Econometric Society, a foreign honorary member of the American Academy of Arts and Sciences, a member of the Board of Directors of the National Bureau of Economic Research, a former member of the International Advisory Board of the council on Foreign Relations, a member of the Trilateral Commission, a member of the board of the Council for the United States and Italy, a member of the Investment Advisory Council of the Prime Minister of Turkey, and a member of the International Advisory Council of the China Development Bank. He is also a member of the Board of Directors of the Peter G. Peterson Institute for International Economics.
Jacob Frenkel was also a recipient in 2002 of the Israel Prize for economics, Israel’s highest award for academic achievement.

In this article:Israel, Stanley Fischer, chairman, economic, Board of directors, monetary, Finance