Kapoor, born in Mumbai, India, spent much of his youth living in Israel on a kibbutz, eventually moving to the UK in the early 1970s to study art. The artist has remained in the UK to this day, in the meantime building himself an international reputation for his innovative sculptures, enjoying many accolades for his award-winning designs. 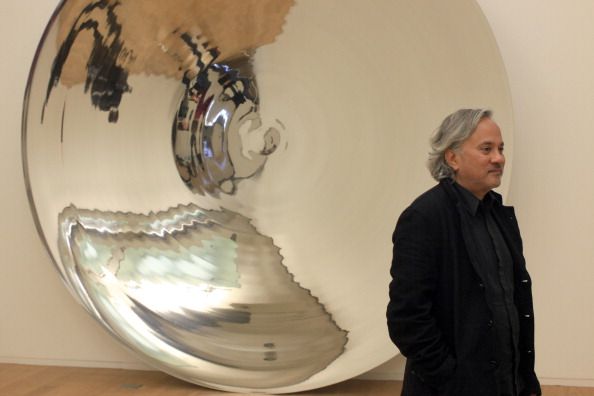 Royal watchers have expected for some time that Anish Kapoor would be high up on the shortlist to receive an honor in the Queen’s birthday list, to recognize Kapoor’s outstanding vision and talents.  Talents that have never been more to forefront that to  his efforts and vision in designing the “Orbit” sculpture situated in central London standing out as being one of the most remarkable symbols of the 2012 summer Olympic Games held in the city. Standing more than 115 meters tall, placing it among the tallest sculptures in the U.K., Orbit is liable to remain a national landmark for decades to come. 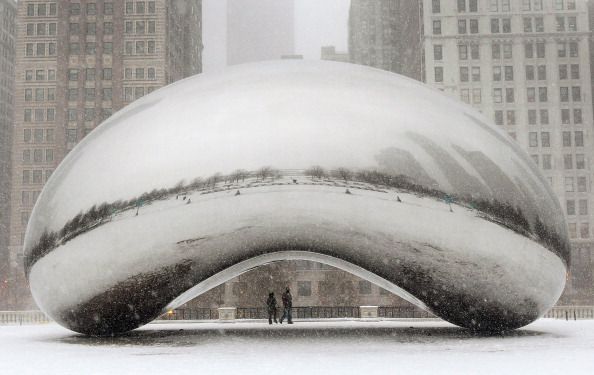 Anish Kapoor was born in Mumbai, India, part of the thriving Jewish community living in the city at that time, due to a large influx of Jewish people who had fled from Baghdad, after World War II. While his father was a practicing Hindu, Kapoor’s mother was Jewish from an orthodox background.

When he was in his mid teens, Kapoor was sent to live in Israel with his brother, living for two years on a Kibbutz where he first discovered his love for and particularly sculpture.

In 1973, Kapoor left Israel to go to live in London to pursue his artistic studies, first attending the Hornsey College of Art and later moving on to the prestigious Chelsea School of Art and Design.

After graduating, Kapoor first at the Wolverhampton Polytechnic in the Midlands of England, and for a while for the holding down the post of Artist in Residence at the Walker Art Gallery in Liverpool. 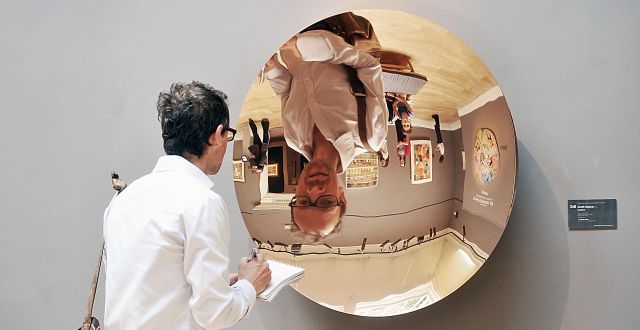 It was during the 1980s that Anish Kapoor began to develop a sculptural style of his own, based on geometric or biomorphic designs for which he is still recognised, particularly for his use materials such as granite and marble. Later Kapoor began to experiment with the use of pigments in his work, a phase that particularly characterized his first major exhibit, which took prominence as a high-profile exhibition under the title of New Sculpture held at the exclusive  Hayward Gallery in London.

During the nineties, Kapoor began to develop his trademark style of working with polished stainless steel. This steel’s highly reflective surface gave the sculptors works a have a distinctive mirror-like appearance, always reflecting or often distorting the viewer as well as surroundings.

Kapoor began to receive some major public commissions for his outstanding sculptures with one of the first being the Cast Iron Mountain at the Tachikawa Art Project in Japan, rapidly followed commissioned to design Sky Mirror, for a site outside the Playhouse Theatre in the city of Nottingham. As its title suggests Sky Mirror is a large mirror piece that dramatically reflects the sky and the theatre’s surroundings. 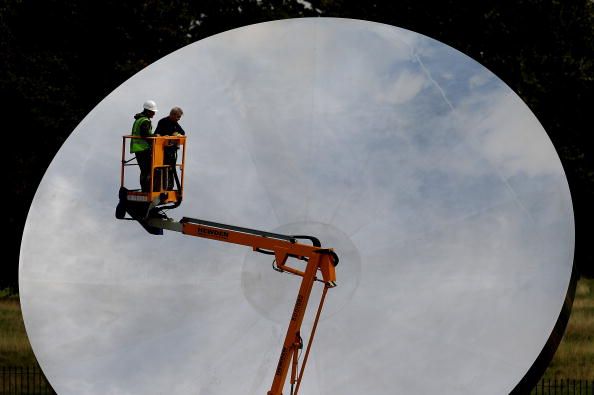 Other major Kapoor projects created since then include a 110-ton stainless steel sculpture with a mirror finish, which is a major feature of the Millennium Park in Chicago, as well as the “Tees Valley Giants” sculptures, which will eventually comprise five pieces, commissioned by the Tees Valley Regeneration (TVR) in the north-east of England, in 2010.

Only one of has been completed till now, receiving tremendous approval of the UK public. Under the title of Temenos, Kapoor’s work of art, manufactured from steel wire mesh that has been pulled taught between two enormous steel hoops, stands 50 meters high and is 110 meters in length standing out against the backdrop of the Tyne- Tees coast.

In 2010 Kapoor also unveiled a work he was commissioned to carry out by the Israel Museum in Jerusalem. Entitled, Turning the World Upside Down, Jerusalem, this particularsculpture has been described by critics as a “16-foot tall polished-steel hourglass”. 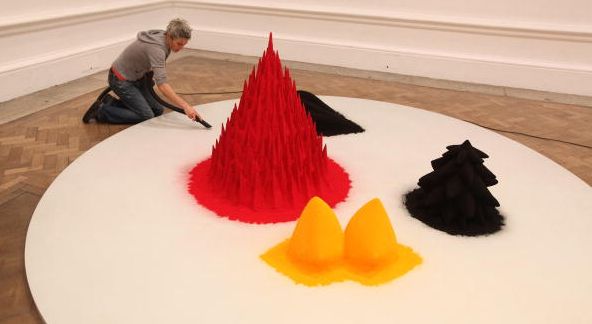 Gallery assistant cleaning the artwork ‘White Sand, Red Millet Many Flowers ‘ by Anish Kapoor with a vacuum cleaner on December 10, 2009 in London, England. ‘Shooting into the Corner’ has been created by firing red wax at a wall in the Royal Academy of Arts every 20 minutes. Kapoor’s work is the most successful exhibition by a living artist to be held at the Royal Academy and the most popular sculpture exhibition ever held in London. / Getty

Among the projects currently in the pipeline for Kapor is one commissioned by the UK government to commemorate the British victims of the 9/11 terrorist attack on the World Trade Center in New York. To be situated in Manhattan’s Hanover Square, the monument that is being constructed solely from granite is yet another sign of the U.K.’s establishment’s trust in Kapoor’s abilities to handle every project tastefully and in the proper manner.

Anish Kapoor’ abilities and talents have propelled him to be one of the most respected figures in the British art establishment, becoming the first living British artist of Indian origin to become principal of the Royal Academy, an honor he was given in 2009. In addition Kapoor has also been awarded a Turner Prize, as well as winning the Premio Duemilia at the Venice Biennale in addition to many other international honors.

However being awarded a knighthood by her Majesty the Queen may well be the highest accolade of them all for  Sir Anish Kapoor. 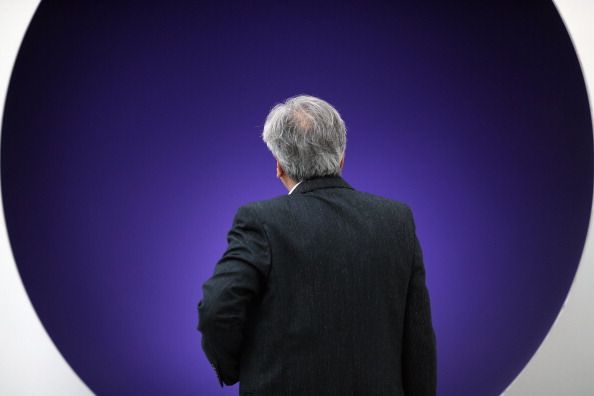 Anish Kapoor stands in front of a piece of his work entitled ‘Two Blues’ at the Lisson Gallery on October 9, 2012 in London, England / Dan Kitwood/Getty