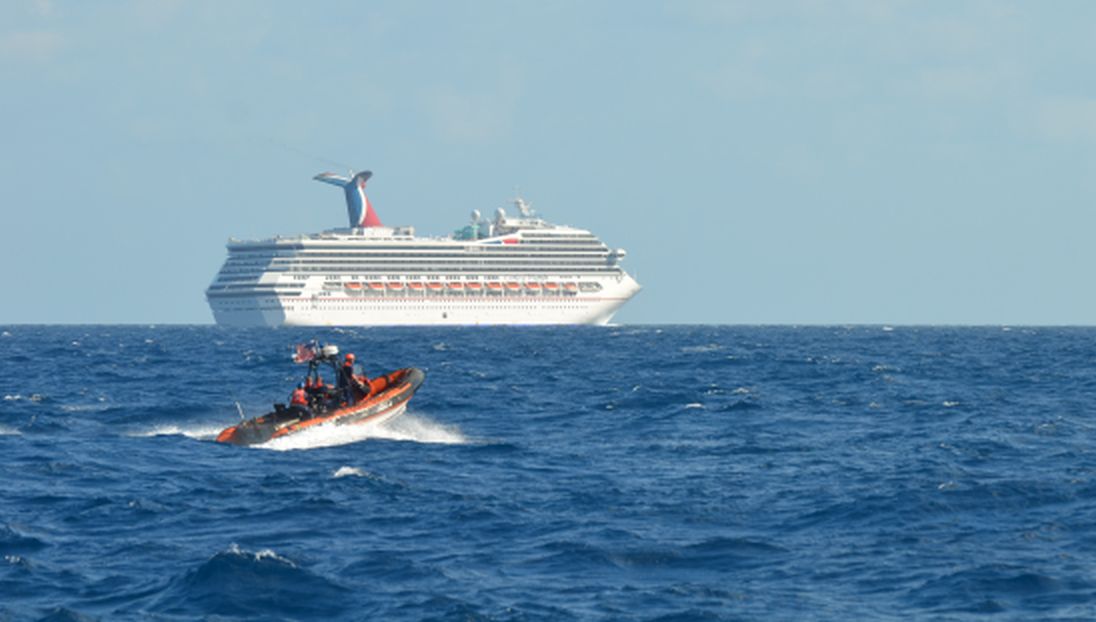 The Carnival Cruise ship Triumph was fully booked last week, when it embarked on its first departure after the infamous “poop” incident last February, so plenty of cruise passengers seem to be happy to be cruising with the company again and let the embarrassing matter go.

A local TV station in Texas reports that the first “post-poop” cruise voyage for the Carnival Triumph, which departed Galveston on Thursday, was sold out. The ship’s next sailing, a five-day cruise leaving Galveston on Monday, is said to be fully booked as well.

Cruise passengers apparently aren’t scared of sailing on the Triumph, which stranded all its passengers and crew at sea for five days in February without working toilets following the eruption of a fire in its engine room and the loss of its engines and power generators. Time Magazine reports that Carnival had to cancel the next 14 scheduled Triumph trips so that the ship could be properly repaired and upgraded. The Triumph received $115 million in improvements in that time, including additional back-up power, improved fire safety technology, and the addition of several new bars and restaurants, as reported by the Miami Herald.

Not only does it look like passengers aren’t hesitant to board the Triumph, some travelers may even be banking on the ship being cleaner, safer, and better than ever immediately after the renovations. “I’d love to be on the first cruise! It’s in the best shape it’s ever going to be in, ” one Galveston resident told KHOU Houston. The ship may look brand-new by this time after all.

We don’t of course know the prices being paid by passengers on these resumed Triumph sailings – most likely there have been substantial discounts to get the ball rolling again. Also, a significant percentage of the people filling up cabins in the Triumph this time and maybe even other Carnival ships as well later in the summer are customers who are using the credit they received for a free future cruise after the voyage they’d purchased was cancelled in recent months. That’s fair ball, and if they all have a good experience then damage limitation may be said to have been successful.

A recent poll by Harris confirms the obvious – that perceptions about the cruise industry fell sharply right after the Triumph incident. That’s understandable. More surprising perhaps- and maybe alarming for people in the business- is that the perceived quality of cruises has continued to decline, including especially so for Carnival. The six other cruise brands included in the survey, meanwhile, also saw scores decline, though by lower amounts compared to early 2013.

Perhaps most importantly, the poll also measured purchase intent. On average, consumers are 11% less likely to purchase a cruise than they were in the “pre-poop” cruise period. Again, Carnival has taken the biggest hit in this department, with consumer purchase intent down 20%, at least for a time.

So one can expect that Carnival will have been been forced to cut cruise prices, reportedly offering sailings that averaged under $40 per night to fill up the most recent sailings for their ships. Carnival has always been known for aggressive pricing, however, but these rates stand out out as phenomenally cheap and less than half the usual rate for a decent trip with a short-dated departure date.

In recent days however it looks like Carnival hasn’t had to drop prices so much in order to fill ships as the market is coming back to them again and as the Spring quiet period for cruising and for traveling generally passes into summer. The test will be as holiday bookings accelerate for the summer, by which time a recovering economy may be more critical to cruising success than a rapidly receding bad-memory for some. As always in any business, the best way to deal with this kind of major crisis of trust is to face it up-front and make full amends to those who have suffered. After that not only can damage limitation be effective, but renewed trust on the part of your customers can even be the result. Cruising is no different.

For Micky Arison, who controls Carnival Cruises, it must be a relief to be moving into a period of calmer waters…….