Eyal Waldman justified delisting from the TASE at an investors conference in London. 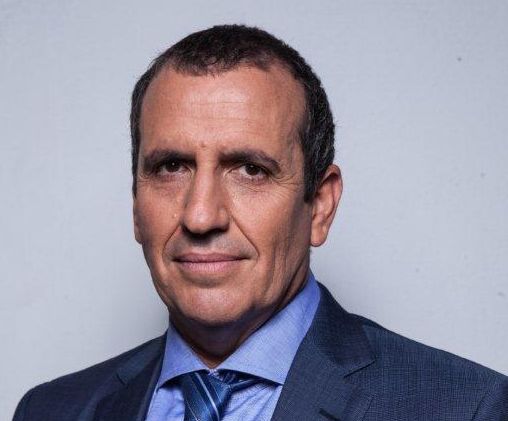 “The decision to delist from the TASE was made by the board of directors, which favors trading in the US, ” said Mellanox Technologies Ltd. (Nasdaq:MLNX; TASE:MLNX) founder and CEO Eyal Waldman in his first comments after a stormy two weeks for the company’s shares, following its decision to delist from the TASE. “This includes former Amdocs Ltd. (NYSE: DOX) CEO [Dov Baharov] , another Israeli company that is traded only on Wall Street.”

Waldman described the decision to delist at a Barclays Bank investors conference in London yesterday. In an interview with “Bloomberg”, he reiterated his message about Israeli capital market regulation. “It’s easier and cheaper to list on Nasdaq, ” he said.
As for the vote by institutional investors against his double position as chairman and CEO, which was submitted six weeks ago to the general shareholders meeting for approval, Waldman said, “The board of directors will definitely not find a new chairman in line with the investors’ vote.” He says that the reason for the double position was because Mellanox was not a big company, and because of the complexity of its technology.
The first practical steps for the TASE delisting, scheduled for the end of August, were made today. The TASE removed Mellanox from the Tel Aviv 25 Index as part of the period update of indices. It is expected that Israeli investors in the company, including ETFs and other investment institutions, will quickly sell their shares in it.
Despite this, Mellanox’s share bucked the market today, rising 3.6% at one point in heavy trading, supported by two “Outperform” recommendations, before falling back and closing up 1.6%. One by Barclays Capital, which reiterated its recommendation; and the other by Clal Finance, which upgraded its recommendation for the share. Clal Finance estimates that ETFs own 6-7% of Mellanox and that Israeli financial institutions own 18-19%. It believes that that these investors will be in no hurry to pull the trigger and sell the shares.
Mellanox’s share price has fallen 60% from its peak in September 2012, and has a current market cap of $2.06 billion. The share price has fallen 15% in the two weeks since the company announced that it will delist from the TASE. Mellanox forecasts $92-97 million revenue for the second quarter, after again publishing disappointing results for the first quarter, continuing a string of disappointing quarters.

Mellanox rose on its last day traded on the Tel Aviv 25 Index, after falling 7% over the previous two sessions.

In the stock market,  Mellanox Technologies Ltd. (Nasdaq:MLNX; TASE:MLNX) was the focus of attention on the day that it left the Tel Aviv 25 Index, ahead of its delisting on September 1. After falling 7% over the past two days, the share price rose 1.6% today on a huge trading volume of NIS 765 million. Clal Finance believes that the delisting of Mellanox, “creates a buy opportunity, ” and raised the target price to $55.

Other dual-listed companies include Perrigo Company (Nasdaq:PRGO; TASE:PRGO), which fell 2.5% and Teva Pharmaceutical Industries Ltd.(NYSE: TEVA; TASE: TEVA), which fell 2.4%, after Pfizer’s announcement yesterday that it will receive $1.6 million from Teva for a patent infringement.