The cash should suffice Channel 10 until the end of the year. 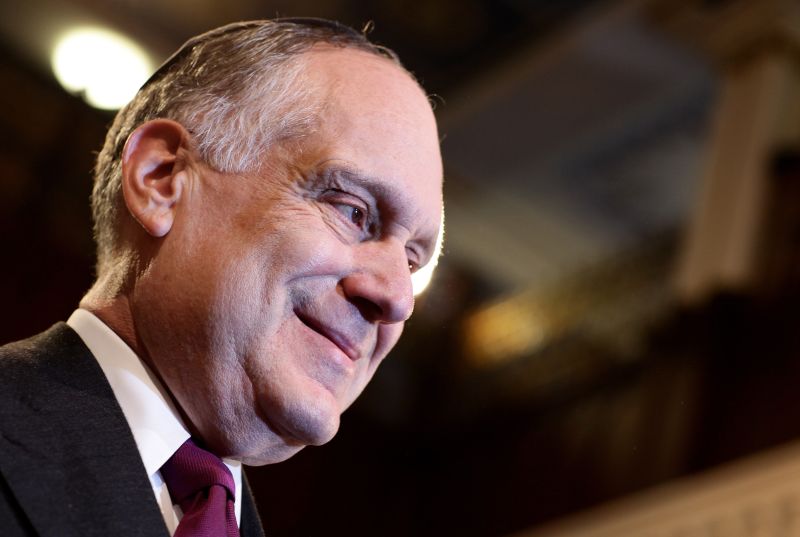 Ron Lauder will complete the injection of NIS 80 million (about $22 million) into Channel 10 by the end of June. Sources inform “Globes” that this is the cash injection to which Lauder committed under a section of the law passed by the Knesset in 2012, and that it should suffice for the channel until the end of the year, when it will become a licensee.
The final cash injection comes just after a delegation of the channel’s management visited Lauder in New York and presented him with the plans for the move to Jerusalem.
Last week, meetings were held with Lauder attended by the channel’s new CEO Rafi Ginat, Channel 10 News CEO Golan Yochpaz, and Lauder’s representatives in Israel: Avi Balashnikov, who is chairman of the Channel 10 board of directors, and Michal Grayevsky, chairperson of Nana 10 and chairperson of the board’s financial committee.
Under the plan presented to Lauder, which has reached “Globes”, Channel 10 News’ main news edition will be located at Jerusalem Capital Studios (JCS) in the capital by September, as required by the law.
However, because the permit process with the Jerusalem municipality has not yet been finalized, construction of the seventh floor of the building at the entrance to Jerusalem, which will overlook the Knesset and the Chords Bridge, will not yet be complete.
From September, probably for twelve months, the Channel 10 News main news edition will be broadcast from the basement of the building, as the Channel 2 main news broadcast was in the past, until it found a permanent home in Neve Ilan.
At the meeting, Lauder sought to ensure that the move to the seventh floor would take place as soon as possible, and that the temporary situation would not become permanent.
Published by www.globes-online.com