Looking back on his thirty year long success story  as co-founder of the giant Costco Wholesale retail chain, Brotman is a living testament to a management philosophy that differs almost entirely from  his competitors and explains why sales in the company have risen by close to 40% in the last four years while its stock price has doubled. 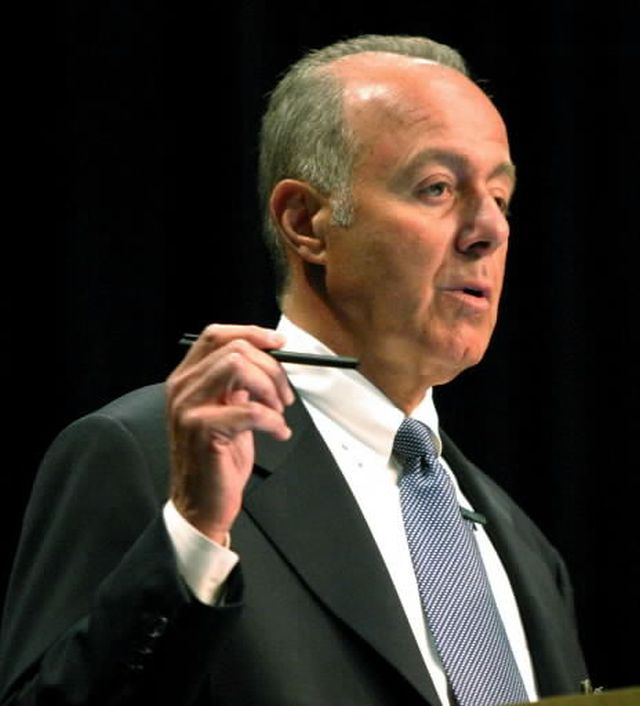 Costco Wholesale, the company that Jeffrey Brotman founded almost exactly 30 years ago with his legendary partner Jim Sinegal, enjoyed considerable success almost from the get go, achieving the distinction of becoming the first United States company to reach a $3 billion turnover in sales in less than six years. In the last financial year that ended on August 31, 2012, Costco’s sales reached a staggering $97 billion, with more than $1.70 billion net profit, making them the 24th company on the 2012 Fortune 500 list and second only to Walmart in the retail sector.

Even more significantly Costco Wholesale is almost permanent features at the top of the American Customer Satisfaction Index (ACSI) in the specialty retail store industry section.

Costco Wholesale’s success during the difficult times that the American economy has been experiencing over the last five years is a credit to the management skills of Brotman and Sinegal, who have worked together since the founding of the company’s first warehouse in Seattle, Washington, in September 1983. Since then the company has grown into an international concern with a total of 626 outlets, 449 of them in the United States, 85 in Canada, 33 in Mexico, 33 spread throughout Asia, 23 in the United Kingdom, and even three in far off Australia. That kind of spread makes Costco wholesale the seventh largest retailer in the world.

From the outset the management philosophy at Costco was always going to be different . They started off with the concept of not being a conventional retailer but instead a membership warehouse, where the members would pay an annual fee for the privilege of buying goods at wholesale prices. Currently Costco annual membership in the US costs $55 , and with the company attracting 68.2 million members every year , making them largest membership warehouse club chain in the United States, Brotman knows that the formula is right.

Even when Brotman’s partner and Chief Executive Officer Jim Sinegal decided to retire last year, so strong was the company framework that the changeover involved in bringing in Craig Jelinek to replace him as CEO went by with barely a hitch.

The basic fundamentals of the Costco success story are based on two principles. To begin with because of their wholesale image the company spends very little on “frills and fittings” adopting a “stack em high and sell ‘em cheap” policy, Costco spend absolutely no money on advertising, marketing, or public relations departments, and keeps their energy use to a minimal level (as well as their utility bills) by the extensive use of skylights in their stores and stringently monitoring light.

On the other hand Costco buck the trend in the retail sector by being firm believers in investing heavily in their staff.

Unlike many of the rivals in the low-cost volume retailing industry they pay their workers well, reportedly paying an average hourly rate of $20.89 an hour to their 173, 000 full and part-time employees, compared to the minimum wage in the United States of $7.25 an hour.

In addition, close to 90 percent of all of the Costco employees also enjoy the benefits of company-sponsored health insurance, with employee participation amounting to less than 10 percent of the overall cost of the plans

As any economist will tell you, figures don’t lie and with Costco’s turnover and profits on a rapid upward spiral, Brotman’s philosophy is working as well as ever and even during one of the darkest periods for corporate America.

Jeffrey Brotman was born in Tacoma, Washington, into a family with a rich history of success in retailing, with his father Bernie and his uncles operating chain of retail stores around Washington and Oregon.

However, after a short spell engaged in the legal profession, his retailing roots came to the surface brother, and, working in partnership with his brother Michael, they built up a successful chain of chain of men’s fashion stores under the title of Jeffrey Michael.

Even as a young man, Jeffrey Brotman showed himself to be a shrewd investor, being one of the first to invest in Howard Schultz’s Starbucks coffee, as well as a number of other ventures on the West Coast of America.

However it was when he first met James Sinegal, who had been involved with Sam Walton and Sol Price in a similar membership warehouse operation, and they entered into partnership that Brotman’s business career really began to take off, thanks to a philosophy that has shown to bring consistent dividends.