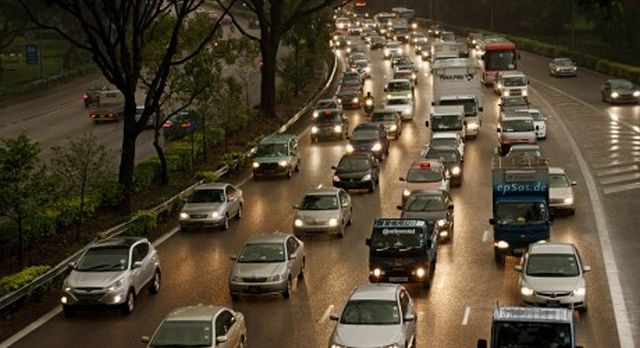 Yes. The era where cars communicate with each other in order to enhance driving safety has now arrived, and an Israeli company is out to prove it to you.

Autotalks, founded by Nir Sasson and Onn Haran, has developed a smart chipset that enables cars and traffic infrastructure to “speak” via electronic messages. According to Autotalks, this smart analytics technology will predict the chances of road accidents and traffic jams.

According to Campbell, the high rate of car accidents in the U.S and Europe is often due to collisions that happen when entering a junction. These can be easily avoided with vehicle-to-vehicle alerts sent in real time to notify incoming drivers to slow down or to stop the driver entering the junction. The alerts can also be applied in other accident scenarios such as advanced notifications of changing traffic lights.

“Autotalks prides itself on being the very first company in its market to implement the first available chipset solution that is compliant with the latest standard for automotive communication, “ Campbell claims. Indeed, the company’s new technology is coming into the market at a time when automotive regulators have been proactive in ensuring the highest standards of car safety and regulations. The European Commission has even recently released an evolved standard for wireless vehicular communications.

Autotalks was established in 2008 and has already launched two chipsets: a communications processor named Craton, released in October 2012; and a radio frequency transceiver named Pluton, recently announced in May 2013. As Campbell shared, “together, both chips construct the entire solution of vehicle-to-vehicle communication infrastructure.”

The startup’s growth has been swift. The team now consists of 40 engineers and the co-founders, who have experience in Bluetooth and wireless standards from their previous work at Texas Instruments. Onn Harn, Autotalks’ CTO, was also the CTO of Passave Inc, a provider of silicon for Fiber-to-the-Home.

Autotalks started with an initial $5.5 million funding from Magma, Gemini, and the Japanese Mitsui Foundation and is now expecting to raise more funds. Once mass production enters the automotive market, the chip might become the de-facto “voice box” of our cars in the future.

Soon vehicles that can communicate with each other may be the norm, rather than the exception.