The foundation, established by brothers Jack, Joseph and Morton Mandel, of Cleveland, Ohio, have pledged $25 million that will finance assignificant part of the construction of a new downtown campus for Jerusalem’s Bezalel Academy of Arts and Design. 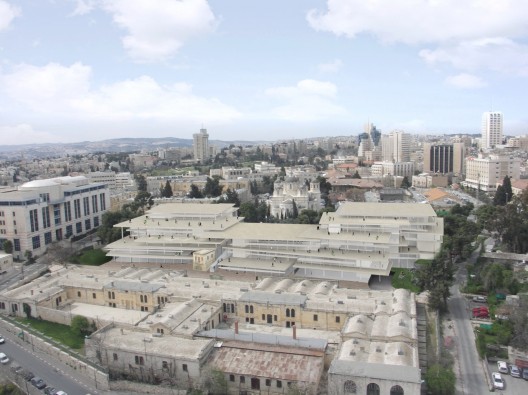 The new Bezalel Campus to be built in Jerusalem/ SANAA

The Mandel Foundation’s  $25 million pledge, a major part of the $100 million that will be eventually required to complete the new 400, 000 square foot centre to be constructed for Bezalel, Israel’s leading academy of art of design, in the Russian Compound in the center of Jerusalem will house not only classrooms for some of the country’s most talented artists of the future but also auditoriums, offices, studios, workshops as well as an administrative area.

Speaking at the launch announcement held recently in Jerusalem, Professor Eva Illouz, President of the Bezalel Academy, pointed out that the city has always been known as a natural space for creative activity, with a mixed population, movement, vision. It is the natural home for an academy of art and design, a hub for intellectual activity and a cultural center that reflects the diversity of thought in Israel”

In response, Morton L. Mandel, chairman and CEO of the Mandel Foundation, announced in a press release “As part of our long-term relationship with Bezalel Academy, the Mandel Foundation welcomes the opportunity to assist Bezalel in building their new campus in downtown Jerusalem, ”. “The gift represents our desire to support Bezalel, the city of Jerusalem and the advancement of art in Israel.” He wound up.

Jerusalem Mayor Nir Barkat also stated his appreciation describing the Mandel Foundation’s pledge as being a “momentous contribution to the new Bezalel campus in the heart of our city.”

The construction project, due to get under way in the coming months and completed by 2017, will be based on a design by Japanese architectural firm SANAA, winners of the prestigious Pritzker Prize for design in 2010, who come with a distinguished history of completing projects of a similar nature including New York’s New Museum of Contemporary Art, the Serpentine Gallery Pavilion in London and the Louvre Lens in northern France. SANAA will be working in collaboration with Israeli firm Nir-Kutz Architects on the Bezalel Academy project.

The site of the new Bezalel Academy campus, situated between the historical sites of the Holy Trinity Cathedral and the Museum of Underground Prisoners in the Russian Compound, was picked out by the Israeli Government , the Jerusalem municipality and the Bezalel Academy particularly due to its importance as a multicultural crossroads in the city. 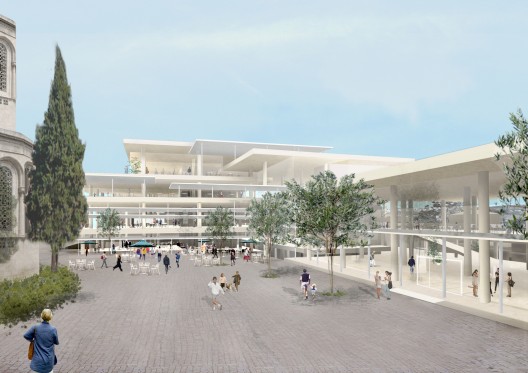 The Mandel Foundation, established in Cleveland in 1953 by Jack, Joseph and Morton Mandel, has been a longtime supporter of Bezalel Academy, Israel’s leadingacademy of arts. Bezalel has played a major part in Israel’s history, founded in 1906 by artist Boris Schatz with the support of Theodor Herzl, the architect of modern Zionism.

Proof of the Mandel’s long running support of Bezalel can be found in their foundation’s  offices in Israel, which houses a collection of works by the academy’s students, including more than 100 pieces from its various departments, constructed in ceramics and glass as well as examples of fine art, photography and modern design.

Morton L. Mandel as well as acting as chairman of the family foundation is also chairman of the Israel Equity Limited Group, parent company of Phoenicia Glass Works, Ltd in Israel.

Throughout their working lives the Mandel brothers have been involved in philanthropy and the furthering of international activities. Among their achievements is the founding of the Mandel Leadership Institute in Jerusalem as well as the Mandel Center for Leadership in the Negev both of which are involved in leadership training and development. Morton L. Mandel also sits on the Board of Governors of the Hebrew University of Jerusalem and is also active in the World Conference of Jewish Community Centers.