Stockholders of the Israeli corporation Gilat Satellite Networks of Petah Tikva, Israel, petitioned the District Court in Tel Aviv, asking for a mandatory injunction compelling the company to provide them with 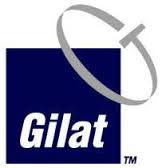 certain documentary material regarding the company’s purchase of Wavestream Corporation of the U.S. The disclosure, according to the petition, is necessary in order to conduct an in-depth examination of the corporation’s board of directors’ conduct prior and leading to said purchase.

Such examination would include, according to petitioners, an inquiry regarding the information that was, in fact, available to the individual directors who approved the purchase of the American company; ascertaining whether a valuation was had prior to the purchase (on the basis of which the value of the purchased company was or should have been made) and, if such valuation was made, to have it assessed for reasonableness; review of the deliberation conducted by the board in setting the terms of the deal and their subsequent approval thereof; and other such corporate activities and their attendant documents and information, as they relate to the transaction at issue.

The stockholders emphasize that the documents they seek are needed in order to make an informed decision, based on full and complete factual basis, whether to file an application for a derivative cause of action on behalf of Gilat against those directors who served on the board during the transaction’s approval, a derivative suit that would aver — if substantiation is found in the sought after documents and data — negligent approval of the transaction in question.

The petition states that in October 2010 Gilat signed an agreement to acquire Wavestream, a U.S. company that provides satellite communications equipment mainly to the U.S. Defense Department, for $130 million in cash and additional (contingent) payment of $ 7 million, i.e., for the sum total of half a billion shekels. Wavestream employs approximately 160 employees and its main place of business is in California. Gilat is an Israeli company that employs approximately 1, 400 employees.

According to the applicants, within two years of executing the transaction Gilat wrote off $50 million. They contend that Gilat’s explanations of these write offs were rather vague and failed to provide any satisfactory explanation of or to detail in full the reasons for such write offs.

In addition to its vague reports, Gilat’s deputy CFO was quoted in the media as saying that Gilat acquired Wavestream “at a price that is too high.” According to the applicants, writing of about $50 million within two years, without providing a sensible explanation or justification, caused them to suspect that the directors of the Company, who were charged with examining and approving the transaction and its terms, performed their duties in a grossly negligent manner.

Based on these circumstances, the pleadings allege, applicants contacted Gilat, issuing a demand that it should file suit against the directors who approved the terms of the transaction, claiming, among others, a breach of duty of care to the company based on the directors’ apparent negligence in forming the terms of the transaction and its subsequent approval; due to their disregard of well-substantiated alerts and warnings regarding the actual value of Wavestream; and their failure to properly assess the worthiness of the transaction for Gilat. However, petitioners represent, the company did not respond to their request to take legal steps against the allegedly negligent directors and did not provide them any of the documents they have sought in order to conduct a proper review and assessment of the transaction.

The petition states that, instead, Gilat formed a “directors’ committee” to purportedly evaluate petitioners’ claims. The committee concluded that the acts and omissions of the parties involved in the approval of the transaction to purchase Wavestream were without any flaw whatsoever.