Garber,  regarded as one of the most influential figures in the online gaming industry, has defended his recent decision to transfer the nerve centre of the company he controls to Montreal stating that it is the ideal place to control the rapidly approaching changes in North America’s online gaming activities. 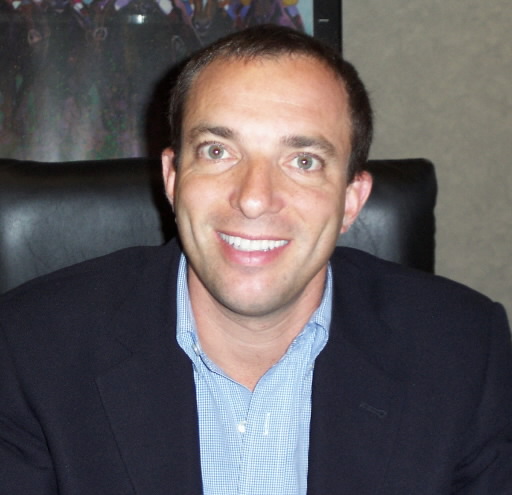 Mitch Garber, CEO of Caesars Interactive Entertainment, a subsidiary of the famous Caesars Casino in Las Vegas, has an interesting job. Not only is he in charge of organizing the annual World Series of Poker (WSOP) circuits on behalf of his company but he is also preparing for the anticipated entry into the world of online poker world in the United States- when the legislation that will make it happen is passed in Congress.

In the meantime, Garber spends a lot of time travelling between the corporation’s head office in Las Vegas where WSOP is run from, his offices in Montreal and Israel where the company recently acquired the online gaming application programming company Playtika, whose Slotomania slot game application is among the most popular not only on Facebook but also for owners of Apple iPhones and iPads.
Recently Garber has also masterminded another major licensing deal with online poker kings, 888 Holdings Plc whilst at the same time overseeing the development, being handled by recently acquired Montréal-based video game development company Electronic Arts, of a mobile application to allow followers of the World Series of Poker to play online. Electronic Arts currently hold the franchise for all of the poker games played on Facebook.

All of these developments have been put in place by Garber and his team in anticipation of the imminent a reversal of the Unlawful Internet Gambling Enforcement Act (UIGEA) which was introduced by President George W Bush’s legislation in 2006. At that time those involved in the online gaming industry, whilst possibly understand the logic of banning traditional casino games such as blackjack, roulette, craps and especially slots from an online setting, seriously question the logic of banning online poker as part of the UIGEA legislative action. Their argument was that online poker carried a much higher level of skill than any of the other traditional table games, and in any event the online casino only took a percentage of the money in play, with the bulk being distributed among the players, as in a real table game.

Now with online poker being played by tens of thousands of North American players on sites out with the US jurisdiction, Garber now feels that it’s only a matter of time where a change will be made in the laws relating to online poker, with two states ( Nevada and New Jersey) already making it legal for the residents to play online. With individual states and the US Congress aware of the many millions of dollars that has been and is being lost in potential tax revenues and going overseas, as well as employment opportunities it is only simple logic to keep that money and those jobs in the United States.

According to Garber, the passing of positive legislation in Nevada and New Jersey is a sure sign that people in Congress recognize the advantages of creating a regulated environment for their citizens to enjoy playing poker online, instead of it continuing in an unregulated manner. If and when licensed online gaming comes to the United States and it is restricted to games of skill such as poker, then industry observers are convinced that Caesars Interactive Entertainment with Mitch Garber at the helm will be in a very strong position indeed, thanks to their strong connection to the World Series of Poker.

Garber has already enjoyed the distinction of being recognised as one of the ten most influential people in the gaming industry, in a recent feature of the influential Global Gaming Business magazine. In his former role as CEO of UK based Party Poker he was invited to give a lecture on gaming and the internet to the British House of Lords, and has since been asked to provide expert testimony to the Canadian Senate, to assist them in policy shaping for the online gaming industry in Canada.

Mitch Garber was born and raised in Montreal, attending a private Hebrew school, where he learned Hebrew in addition to his native French and English

After graduating from McGill University with a degree in Industrial Relations, he went on to study law at the University of Ottawa, graduating in 1989.

It was during his time working has a practicing attorney during most of the nineties, that Garber built up his experience in the world of gaming, through specializing in gaming law, whilst doubling up as a television and radio sports reporter.

After deciding to wind up practicing law, Garber held senior management positions in two large Canadian companies, specializing in payment processing before making being appointed in 2006 to the role of CEO for PartyGaming , one of the leading forces in the world of online entertainment and gaming.

During his time as CEO of PartyGaming, Garber was involved in a series of mergers and acquisitions, as well as significant new product development that dramatically increased the company’s fortunes, enough to capture the attention of Caesars Interactive Entertainment who approached him to take on the role of CEO at the company.