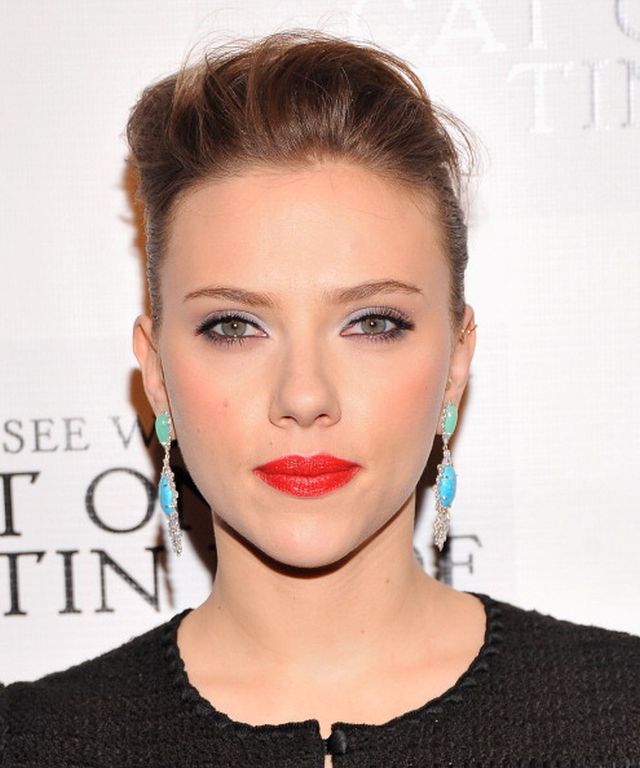 While the circumstance are different in each case the principle is the same in both- allegedly unauthorized use of the celebrity’s personal rights.

Earlier this year, in March the French publishing group JC Lattes published a new novel, in French, by Gregoire Delacourt entitled “La Première Chose qu’on Regarde” (The First Thing We look At). The story starts when a woman shows up at the home of a mechanic in a village in Northern France asking for help.

As an identical double of Scalett Joanssen the mechanic believes it is actually really her, and it is not till sixty pages or so have passed that it turns out to be just someone who looks so very much like her, but is instead a young lady by the name of Jeanine Foucaprez.

French newspaper Le Figaro reported that Gregoire Delaccourt was “stunned” on Friday to be informed of the lawsuit and that he completely fails to understand it.

“This corresponds with the fantasies of our times. All these famous people live with us, ” he said, noting that many personal details of Johansson’s love life even have been revealed on the Internet and the public feels as if it knows her. “But I wrote a book of fiction. My character is not Scarlett Johansson, it is Jeanine Foucaprez!”

He describes the novel as an exploration of the “dictatorship of appearances and the true beauty of women, ” and says he chose Johansson, currently the face of Dolce & Gabbana and previously of Louis Vuitton, because she is considered the “epitome of beauty today.”

“La Première Chose qu’on Regarde” has been a best-seller in France since its release on March 20. This lawsuit will undoubtedly increase its sales now exponentially, even while Ms. Johanssen seeks compensation and damages from the “breach and fraudulent use of her personal rights, ” as well as a ban on “future transfer of rights and adaptations of the book.”

Mr Delacourt says that he is “stupefied” that Ms Johansson has taken legal action. He is convinced that she has not even read the book, which has so far appeared only in French.

“I am also very sad, ” he told the newspaper Le Figaro. “I was hoping that she might send me flowers because this book is, in a way, a declaration of love.”

He added: “She is an archetypal beauty of our times, very human with a touching fragility. She is a wonderful, iconic actress.”

“All these famous people live with us all the time. Celebrity culture is imposed on us by the media, the press, the internet, ” Mr Delacourt said. “So her complaint is based on exactly the phenomenon I am denouncing. It is a paradox. But I suppose it’s all very American.”

Ultimately, a novel is a work of fiction, Mr Delacourt added. Novelists must have the right to follow their imagination.

“I also describe someone being hurt when their airbag fails to inflate, ” he said. “Am I going to be sued by airbag manufacturers?”

Looking at it from a prudent distance one might say that what he is really doing is trading heavily on someone else’s name… after all he could have used a fictional actress and not a real one as the model for exactly the same story line. But that is now for the courts to decide.