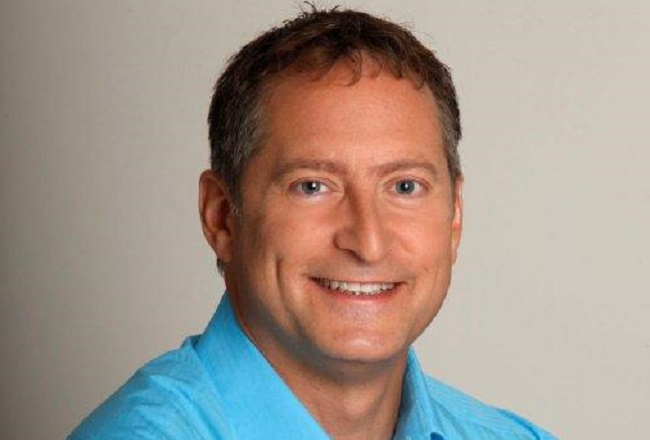 Sodastream International is a successful Israeli company listed on the Nasdaq, with a market cap currently of about US$1.4 billion and its shares hovering presently just below the US$70 mark. It makes self-carbonating systems, both flavoured and plain, for self-carbonating of bottled water at home or at the office. Global sales at SodaStream have risen more than three-fold since 2009. The group booked sales of over US$436 million last year, with net profit up 18 percent to US$44 million.

The Israeli financial newspaper Calcalist reported today that Pepsico is having talks with Sodastream about the possibility of buying the company, for a price reported to be in the US$2 billion range. Pepsico has not commented on the report and neither has Sodastream, though it has been picked up by the international business press and is now widely reported.

PepsiCo CEO Indra Nooyi is even reported now to have said that it was the “first time” she had heard about the talks – not itself, by the way a complete denial.

The report in Calcalist itself indicates, apparently, that PepsiCo may be willing to go even higher than $2 billion, and that PepsiCo may have already made an offer to buy SodaStream through Goldman Sachs.

I am not sure what the SEC disclosure rules are here – for Pepsico it is probably not a material item requiring disclosure, even though quite large. For Sodastream it would certainly be material, so the question must be whether such talks, if indeed these are being held, have enough substance to require disclosure in the first place.

It seems Calcalist provides a hint in stating that Sodastream may be checking out its options for a separate deal with Coca Cola, before proceeding to definitive talks with Pespi.

It’s a small world after all.
First it was Waze, showing a pretty ankle to Apple a few months ago and now, reportedly, deep in conversation with Facebook in order to be purchased by them instead. Now it is Sodastream, it seems, possibly advertising itself for takeover, by non-confirmation of talks it may, or may not, even be having.
Less than a month ago Sodastream gave a major analysts presentation outlining its bright prospects for growth as an independent company. It also filed this with the SEC and it included a number of forward looking statements, which it duly cautioned readers about first, including a projection for more than doubling its sales by 2016 to US$1billion. Here are three pages only from the presentation, which anyone can find in full at:
http://www.sec.gov 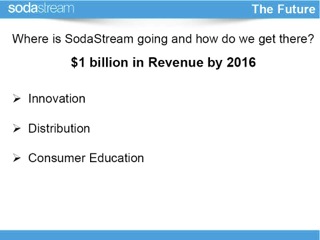 It will be too bad if the company does not hang around to realize this ambition. We often lament that in Israel we do not build up substantial long-lasting international companies with our high tech success stories, but sell them off for a mess of potage at the first opportunity. It is all very well claiming that we are in the business of start-ups, and in the business of exits, but that is an awfully thin excuse it seems to me. Of course the nub of the question remains: if there are talks why are they not disclosed? If there are no talks where did this all come from and whose interest does it serve?