– Not so long ago the World’s number one golfer, Wood’s career took a  major pummeling in 2009 after serious problems came to the surface regarding his private life. Problems  which subsequently caused him to lose a number of major sponsorships as well as suffer a dramatic drop in form. Throughout this difficult time Steinberg stood by him and  again will be at his side when he renews his contract with Nike,  the  leading sporting goods manufacturer. – 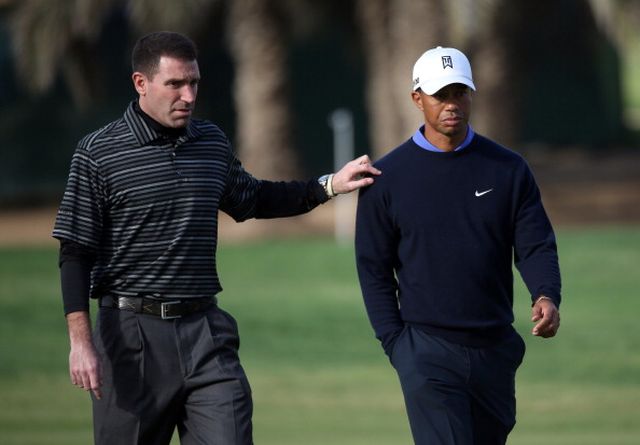 Mark Steinberg is no stranger in negotiating mega sponsorship deals on behalf of Tiger Woods, who he has represented as his agent for more than fifteen years. The pair first formed their mythical working relationship way back in 1996, when Steinberg was a rising super star agent with the massive International Management Group (IMG) and Woods was just beginning to burn up the greens, on his way to taking one major golf tournament after the other. Even when Mark Steinberg left IMG in 2011, to become a partner with Excel Sports Management, Wood was the first of his clients to sign up with them, not surprising when you consider that their partnership is generally as having been the most lucrative in sports history, with Woods acknowledging that thanks to Steinberg’s efforts, he has become a sporting figure ever to earn a billion dollars, with a large percentage of that coming from sponsorship deals.   When Steinberg left IMG, he was their second-highest earning employee, with a pay check that was only bettered by chairman Ted Forstmann.

A veteran of many tough negotiation sessions , nobody more than Steinberg must realize the particular significance of this latest Nike deal, which will be one of the most lucrative of Tiger Wood’s career. Possibly more significant it will also signal a return to Wood’s status of being among the world’s top golfing icons, a genuine contender to return to his tournament winning ways. During the peak of his career Woods won no less than fourteen major championship titles, with his last being the US Open in 2008.

With this year’s US Open just a few days away, Steinberg and Woods, would like to see the new contract signed preferably before the tournament gets underway on June 13th or as soon as the final round has been on the 16th.

Steinberg has pointed out that Woods current contract with Nike is due to expire towards the end of the year, and sporting goods giant has made it obvious that are anxious to see the Tiger’s name remain on the products as it has done for the past 17 years. During that time, through thick and thin, Nike has remained Woods’ largest and most loyal endorser, signing their first five-year sponsorship deal, estimated to be around $40 million when Woods was just 21, with Steinberg by his side, and just ten years older. Steinberg heads the professional golf division at  Excel Sports Management, where he has been an integral part of putting together and retaining some major endorsement deals on Wood’s behalf with such leading companies as Rolex, Fuse and EA Sports.

Mark Steinberg was born and raised in Peoria, in the state of Illinois. After leaving high school Steinberg attended University of Illinois, where he studied law.

After gaining his  degree in 1992, Steinberg set of his career as a sports agent,  specialising in representing golfers, being handed the task of representing Tiger Woods when he turned professional in 1996. Apart from representing a number of leading golfers, including a number funeral professionals,  Steinberg gradually adopted the role of mentor and chief executive of Wood’s golf and endorsement empire, advising him on managing his public image, his personal and work schedule and his finances. A position described as placing Steinberg  as among the “three or four most powerful people in the world of golf”.

The duo has made no secret of the close personal relationship that they enjoy.  A relationship so strong that when Woods was involved in a messy marriage breakdown in November 2009, Steinberg protected his client from a barrage of frenzy from the media. In return when Steinberg parted company with IMG in May 2011, Woods was the first sporting figure, and far away the most important, to sign up with him.