Rosenthal, Founder and Executive Director of Disability Rights International, an organization pioneering international human rights, dedicated to ending the segregation and abuse of children and adults with disabilities, wins this year’s prize and with it a $100, 000 award. 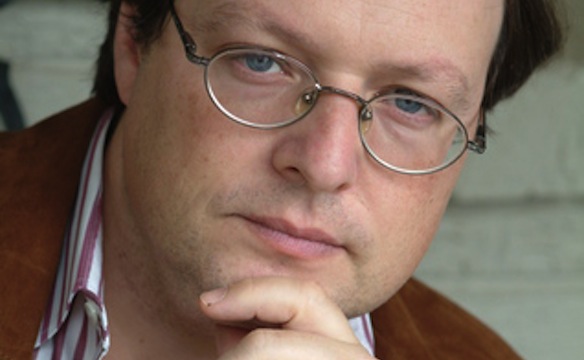 Described as a young humanitarian whose work is based on the finest of Jewish values, Eric Rosenthal through his Disability Rights International (DRI) organization,  has received the recognition he saw greatly deserves for his efforts that have already changed hundreds of lives and provided inspiration to others.

According to the prize sponsors, Ellen Bronfman Hauptman and Stephen Bronfman, who with their spouses, Andrew Hauptman and Claudine Blondin Bronfman, were responsible for the establishment of the Charles Bronfman Prize in honor of their father and to recognize his commitment towards Jewish values as well as provide inspiration for future generations.

According to the prize  sponsors,  Rosenthal is worthy of the prize for his work in documenting human rights conditions in more than two dozen nations, as well as training and inspiring volunteers to take on the task of protecting people with disabilities in their own countries. In addition Rosenthal recently launched the Worldwide Campaign to End the Institutionalization of Children as part of an overall effort to create a world in which all people suffering from any form of disability can enjoy their basic entitlement for equal human rights.

Eric Rosenthal, now 49, founded the Washington, DC-based DRI twenty years ago after being deeply affected by the brutal conditions that he witnessed in institutional in various regions of the world that he visited when acting as a human rights activist. It was there and then that Rosenthal made his commitment to fill the void in the legal, advocacy and humanitarian communities, that failed to provide proper facilities for disabled people.

According to James D. Wolfensohn, former President of the World Bank Group, who sits on the international panel of Charles Bronfman Prize “Eric Rothenthal is more than worthy to receive the award for his unrelenting efforts to bring global attention to the issue of institutional segregation of those with disabilities to the forefront, giving new face to the social justice and human rights movements.” “He is bringing the best of Jewish values to global effect, while inspiring others to take notice and action.” Wolfensohn summed up.

Rosenthal’s ground breaking efforts not only capture the attention of the competition judges but also brought world attention to the rights of people with disabilities, along the way exposing major failings in attitudes towards international human rights advocacy. A vacuum that has now been filled by the growth of a new international disability rights movement. Rosenthal’s relentless documentation of the many abuses inflicted upon millions of children and adults with disabilities in more than 25 countries has led to a major curb in human rights violations in general and to the disabled in particular.

Rosenthal efforts are credited as being instrumental in helping to gain the United Nations crucial support for adoption of the Convention on the Rights of Persons with Disabilities that has since been ratified by 130 countries.

The DRI organization that Rosenthal founded continues to document and exposes continuing instances of inhumane treatment and their incarceration in a suitable institutional conditions for the mentally disabled in the still problematic areas to be found in Eastern Europe, Central and South America Americas, the Middle East, Asia and other pockets throughout the world.

On being awarded the prize Eric Rosenthal was not hesitant to recall that his initial interest in the subject of mental disability stemmed from within his family, with his grandmother, an émigré from Eastern Europe, being diagnosed with a form of manic depression, possibly being sparked off by the fact that many members of her family who had remained in Europe, subsequently had perished in the Holocaust.

Rosenthal went on to explain his motivation that as Jews, and still only one generation from a Holocaust, we should understand why we must not allow any group of people or any person to be excluded or be dehumanized or be put away and allowed to die, ” he said. “The promise I made my grandmother to remember is very much core to the work that I do. We must not only remember the six million who perished in the Holocaust, we must also act to protect the 10 million children left behind in orphanages and other custodial institutions.

Eric Rosenthal has been the recipient of prestigious human rights awards, including the Henry B. Betts Award, the highest honor in the field of disability rights. Before establishing Disability Rights International, Rosenthal acted as a consultant for  the World Health Organization (WHO), UNICEF, and the US National Council on Disability (NCD).

Stephen Bronfman, on behalf of the Prize founders expressed their common opinion that Eric Rosenthal personifies this underlying principle of The Charles Bronfman Prize. “By seeking to lift the lives of a marginalized population, he is elevating us all and demonstrating what a visionary humanitarian can accomplish.” Bronfman continued.

Charles Bronfman, went on to add that said Rosenthal is more than worthy of being a member of Prize Laureates through exemplifying how one individual can turn the best of Jewish values into something with impact.”

Eric Rosenthal was born and raised in Washington, DC although he spent much of his childhood in Africa, with his parents who were career diplomats. On returning to the United States, Rosenthal attended the University of Chicago, where he graduated with a bachelor’s degree in Politics, Economics, Rhetoric and Law (PERL) in 1985, going on to study law at Georgetown University, graduating in 1992.

Charles Bronfman was born and raised in Montreal, Canada, where he went on to study at the city’s McGill University. A member of the Bronfman family owned at one time Seagram’s Whisky, Bronfman has always been well known for his philanthropic deeds. Working in conjunction with Michael Steinhardt, he co-founded the  Taglit Birthright charity, which provides young Jewish adults the chance to enjoy a free, educational travel visits to Israel. Bronfman remains one of the charity’s principal donors.

Bronfman remains active as chairman of the Andrea and Charles Bronfman Philanthropies Inc., the family’s charitable foundation that is active throughout Israel as well as the United States and Canada.