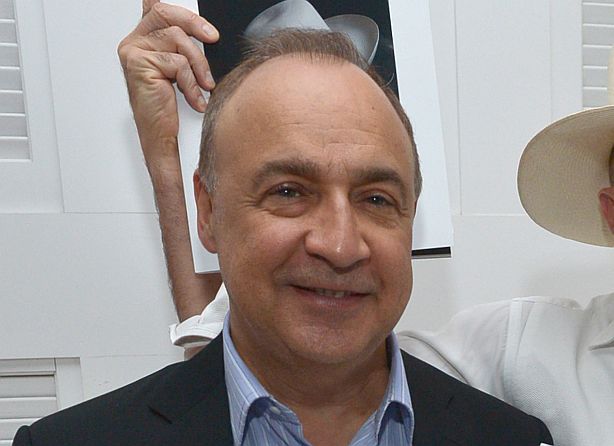 Len Blavatnik is committing $30 million to investing in young American scientists, expanding an award program for young scientists to the whole country after it worked well in trials in just three states since 2007, in New York, New Jersey and in Connecticute. The program runs in partnership with the New York Academy of Sciences.

“In contrast to the proliferation of awards aimed at renowned senior scientists, the Blavatnik Awards will recognize the value of empowering scientists when they are young and can benefit from early recognition, ” says Torsten Wiesel, Nobel Laureate, President Emeritus of The Rockefeller University, and Chairman Emeritus of the Academy.

“Our goal is to celebrate America’s exceptional young scientists and showcase their achievements to inspire the next generation of scientists. The Blavatnik Family Foundation is committed to supporting groundbreaking work in science and technology to address society’s most pressing global problems, ” says Len Blavatnik, Founder and Chairman of Access Industries, head of the Blavatnik Family Foundation, and an Academy Board Governor.
“In a globalized world, you can’t sit back and expect to keep up, ” said Ellis Rubinstein who is the current head of the NYAS. “We are still able to generate industry and innovation in the U.S., ” Rubinstein noted, when asked about companies like Apple which are seeing increased competition from around the globe, “but will we be as strong in the future as we are now?”

Every year under the new national program, three unrestricted cash prices of $250, 000 each will be awarded to faculty-ranked scientists aged 42 or younger in the categories of physical science and engineering, chemistry, and life sciences.

“I see how it is becoming increasingly difficult for young people to lead laboratories independently, ” Rubinstein said. Younger scientists are facing a “perfect storm, ” in his words, as not only are science budgets in the United State under strain, but there has also been a natural tendency for older scientists already doing great work to seize a large share of the pot of money that is on the table.

A major goal in funding younger scientists is also to kick-start innovation. “There is no question that young people take a more innovative approach, ” explained Rubinstein, adding “they aren’t devoted to a cause.” This argument was first developed by Thomas Kuhn, a philosopher of science at Harvard during the 1960s. In his controversial book, The Structure of Scientific Revolutions, Kuhn argued that older scientists may be stuck with particular modes of thought, while younger researchers are still intellectually liberated and are able to pursue alternative theories.

Past finalists and winners of the existing regional Blavatnik Awards have gone on to achieve ever greater success, often citing the Awards as a vital “tipping point” in their research careers. “The Blavatnik Awards program is very important as it recognizes the potential impact of our research. It identifies emerging scientific thought leaders and highlights their work to the broader scientific community, ” says Elisa Oricchio, 2012 Blavatnik Awards winner and Research Fellow of the Cancer Biology & Genetics Program at the Memorial Sloan-Kettering Cancer Center. “It is a wonderful stimulus for a young scientist that increases self-confidence to pursue his or her dreams.”

Nominations for the national Blavatnik Awards competition will be accepted from approximately 300 leading research universities, independent research institutions, and academic medical centers, as well as from a Scientific Advisory Council comprised of renowned scientists, Nobel laureates, and past Blavatnik Awards winners known for their innovative thinking. Applications will be reviewed by an expert Judging Panel comprised of 60 of the nation’s most distinguished scientists. The judges will select winners based on the quality, novelty, and impact of the scientist’s research.
In recent months Len Blavatnik has also donated $50 million to Harvard and $10 million to Yale to fund scientific research there. Blavatnik, founder of Access Industries, also in 2010 put up $115 million to fund the Blavatnik School of Government at the University of Oxford, the largest ever single gift received by that University.

Nominations for the premiere 2014 program will run from October to December 2013. National winners will be honored at an awards ceremony in September 2014.

The Blavatnik Family Foundation is an active supporter of leading educational, scientific, cultural, and charitable institutions in the United States, the United Kingdom, Israel, and throughout the world. The Foundation is headed by Len Blavatnik, an American industrialist and philanthropist. Mr. Blavatnik is the founder and Chairman of Access Industries, a privately-held U.S. industrial group with global interests in natural resources and chemicals, media and telecommunications, emerging technologies, life sciences and real estate. According to Forbes Len Blavatnik has a net worth at the end of 2012 estimated at $16 billion.

About the New York Academy of Sciences

The New York Academy of Sciences is an independent, not-for-profit organization that since 1817 has been committed to advancing science, technology, and society worldwide. With 25, 000 members in 140 countries, the Academy is creating a global community of science for the benefit of humanity. The Academy’s core mission is to advance scientific knowledge, positively impact the major global challenges of society with science-based solutions, and increase the number of scientifically informed individuals in society at large.