After the success a few years ago of “ Social Media” the slightly dark semi documentary of how Mark Zuckerberg founded Facebook, it was only a matter of time before a Google movie hit the screens. And this time it’s a comedy, with Google co-founder Sergey Brin even taking a cameo role. 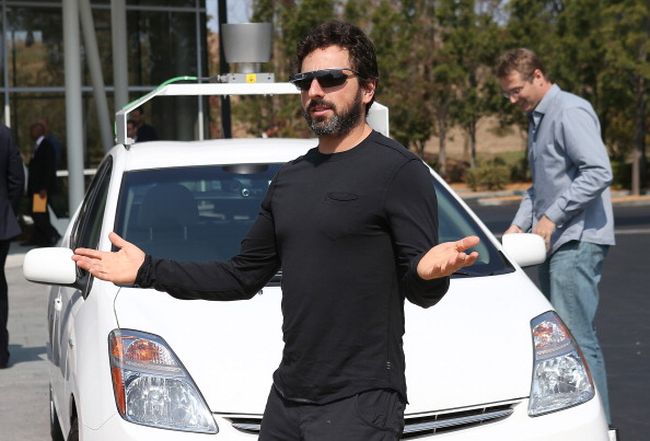 The new movie goes under the title of “The Internship” and is based around a two unsuccessful sales executives (played by Vince Vaughn and Owen Wilson) who managed to convince the personnel department at Google to give them a chance as interns.

The search engine giants were apparently highly cooperative throughout shooting, allowing the film crew unlimited access to the mythical company campus at the Google base in Mountain View, Calif. Now film audiences throughout the world can enjoy an insider view of what it means to be an employee at Google, and enjoy the perks including free gourmet food and all of the most generous perks you can enjoy in the high-tech industry, even at beginner level.

With the movie due to hit the cinemas in early June, Brin and Page as well as an entire battery of Google public relations people are sure to be taking more than a passing interest in how well the film is received, especially Serge Brin was even taken a cameo role in the movie.

Apparently the idea of involving Google indie film comedy came from one of its lead actors Vince Vaughn who after watching a documentary on the company, that went to great lengths to portray Google as being one of the best employers in the world, came up with an idea of what it would be like for two semi-middle-aged “average Joe’s” to work for such a company. Vaughn was not slow in putting the idea to his friend, successful film director Shawn Levy who liked the idea, and sent out some feelers to Google.

Google came back with an agreement in principle and thus the idea evolved, with obvious stipulations that the search engine giant would be shown in a positive light and that they were open to having some light fun poked at the company and its well-known unconventional attitude towards employee status Fox films agreed to shoot the movie and a modest budget of $58 million put together, with Google being fair enough or astute enough not to ask for a penny to use their facilities throughout the shooting. .

During the course of the film Google’s various products and services get mentioned, but for many the highlight being when co-founder Sergey Brin makes a cameo appearance, although details of how and when of being held back for movie viewers to enjoy.

Industry onlookers pointing out that Google’s decision to cooperate with Levy may well have been driven by some negative publicity that the company has received recently, been the subject of privacy and antitrust issues coming to the forefront especially since the U.S. Federal Trade Commission announced that it would be investigating a new set of antitrust allegations against the company.

According to sneak previews Google’s calculated risk to allow some light fun to be poked at themselves, might well pay off, with movie reviewers reporting that “The Internship” is not only light-hearted, but also a Google commercial.

When questioned on the subject at a recent conference, Google CEO Larry Page admitted that the company agreed to collaborate in production partly because they didn’t have much choice, as well as to promote science and technology, going on to point out that the company insisted on retaining creative control over how the film portrayed its products.

Levy has also pointed out that Google were flexible thinking and that the company’s input was limited to technical issues and never interfered in any way that the plot was written.